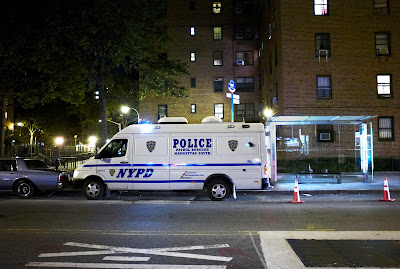 The word in the street tonight was that someone was shooting people with a BB or pellet gun down on avenue D . We were told but could not confirm that 4 people were hit today by some kind of non-explosive powered projectiles .We of course went to investigate at the scene of the action tonight .
When we arrived at the foot of avenue D near Houston Street ,we found a Patrol Borough Manhattan South van parked along avenue D . A police officer confirmed that a few individuals were hit with some sort of non-explosive powered projectiles this afternoon . These projectiles were reported to have come from somewhere among the tall buildings along the east side of avenue D. The officer did not know whether the weapon was a BB gun or an air pressure powered air rifle. We could not determine how serious any of the injuries resulting from the reported multiple hits were .
# posted by Bob Arihood @ 2:53 AM 0 Comments

A Saturday Night Episode From Avenue A : A Thong's Tale ... 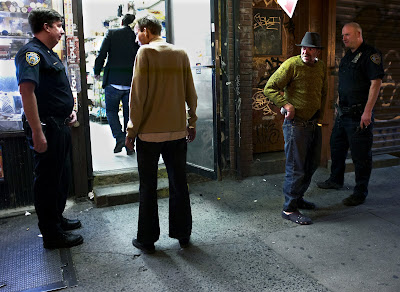 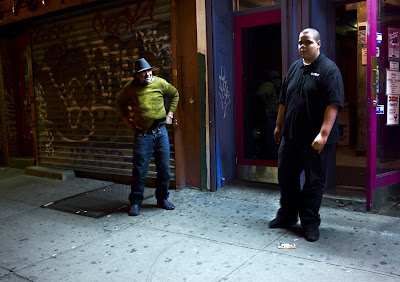 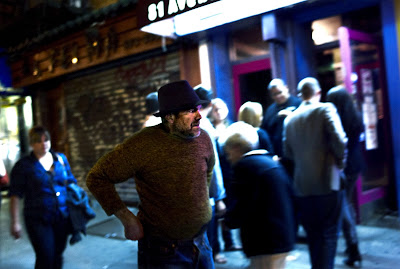 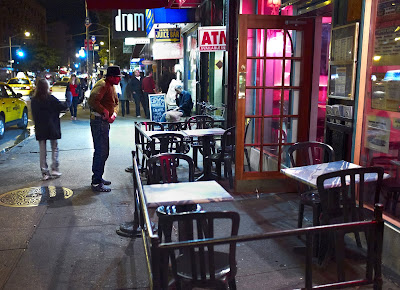 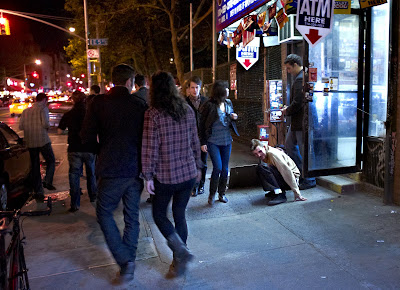 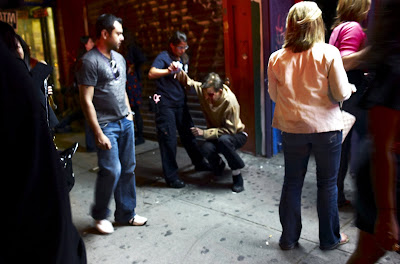 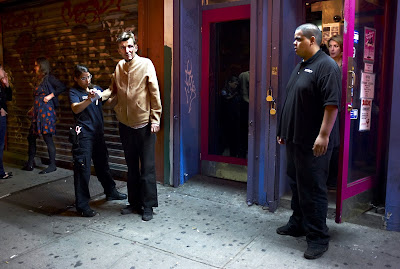 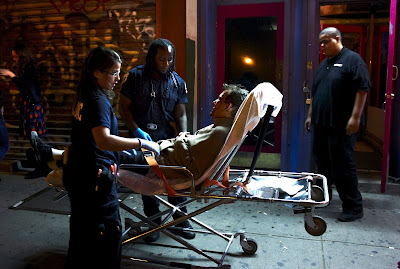 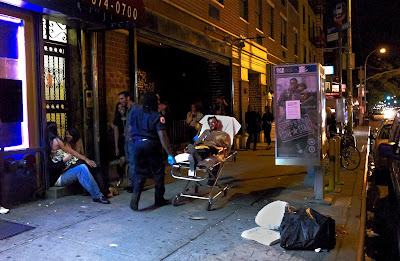 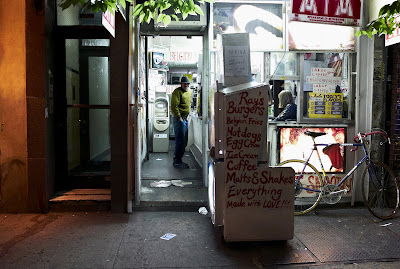 Police were called to the avenue A block between 5th and 6th streets around midnight to deal with a man with a knife . There was no knife but a very drunken Coney Island Mike and an equally besotted drinkin' buddy were annoying the more properly drinking crowd outside the several bars along this block.
We noticed that Mike was frequently reaching inside his Levis to adjust an ill fitting pair of thong style under wear . This necessarily frequent rearrangement maneuver could conceivably have been mistaken as the reported "man reaching for a knife" .
No one should have been surprised to see Mike and his buddy on this block this night . They are on this block 24 hours a day . Frequently for days at a time its their home . A convenient home too : near a groceria with an unending supply of cheap beers and a liquor store a block away for the stronger stuff when sufficient money is in hand.
Our errant boys received a lecture from the police officers at the scene and a command to leave the block . One of the bouncers on the block was advised to grow a thicker skin . The cops left .
While Mike , thong in hand , took a stroll with faltering step up the block , his pal sat down in the doorway of the groceria . Mike shortly stopped , tugged on the thong and glowered , in a way that only the thoroughly soused can manage , at the folks sitting at the tables in Benny's Burritos . He then continued , haltingly wending his way off the block . Mikes drinking companion stood up and right away fell over striking his head .
The ambulance arrived . The technicians helped the clearly injured fellow to his feet . Mikes pal was taken to the hospital for the treatment of his wounds and some much needed time in the detox ward . Mike and vexing thong went to Ray's . 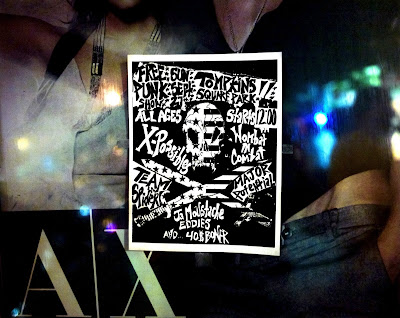 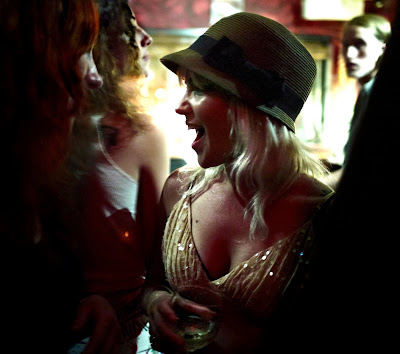 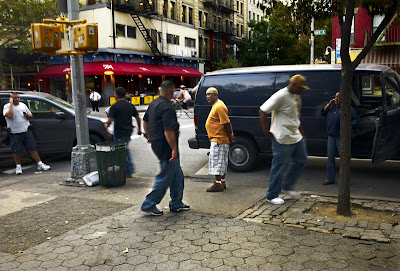 This evening around 6PM according to a witness a few males including Cut Man Eddie (a.k.a. Eddie the Cutter ) were arrested in Tompkins Square Park near the chess tables . Through the open door of the police van some males already in the police van could be seen to be wearing red T-shirts .
This arrest appeared to be a drug bust . We did not witness the arrests and few were talking so we are guessing here . The team of cops looked like a narcotics team . Very efficient and effective , a no nonsense sort of operation .
For Eddie this probably will be a costly arrest . Word is that he is still on parole so he will likely be gone for some time .
TSP has lately been one of the places to go for drugs , all kinds , with considerable business on a daily basis .
# posted by Bob Arihood @ 12:22 AM 6 Comments 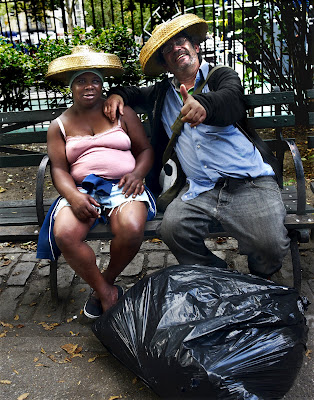 On their second day out of jail Marlene (a.k.a. Hot Dog) and John were in TSP .They had been arrested together late last week in TSP on Crusty Row and were incarcerated until yesterday afternoon .They were released free and clear with no charges remaining .What punishment that was meted amounted to the weekend served in jail . Earlier in the day they had been in China Town and had some more problems with the police.
While Marlene was running some errands in China Town , John took a nap on the Bowery side walk at the corner of Canal Street . John claims that he was awakened by 2 police officers who held a gun in his face . John says that with the barrel of the gun right up close to his nose he was questioned about why he was sleeping on the side walk .There was no arrest this time and John walked away . This is what the recently freed couple had to tell us today as they relaxed in TSP.
# posted by Bob Arihood @ 12:02 AM 2 Comments 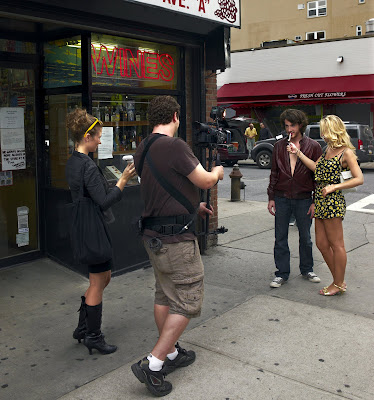 Perry Como Sings at Ray's and Hot Dog is Released From Jail ... 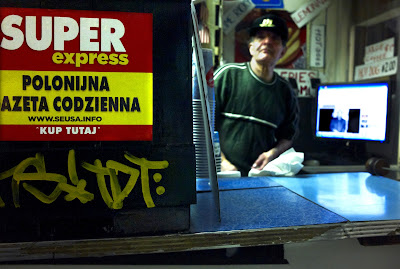 Every night since Ruairi gave Ray his old computer Perry Como has been singing at Ray's Candy Store .There's an occasional exceptional evening when there is a greater diversity of artists performing but Perry is always in the mix somewhere to some extent .
Tonight at Ray's it was pretty much the usual routine , Perry and Perry and Perry and.... something different... and Perry and Perry... .
The hot news on the street tonight though , indeed the only news on the street , was that Hot Dog was released from jail today . The girl was locked up all week end . Word was that in order to celebrate her release she was out on a bender with her man , John .
We do not as yet know the disposition of her case or the charges .
# posted by Bob Arihood @ 2:12 AM 1 Comments 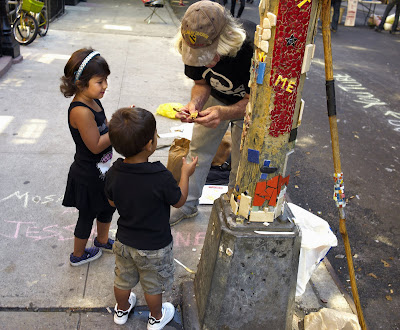 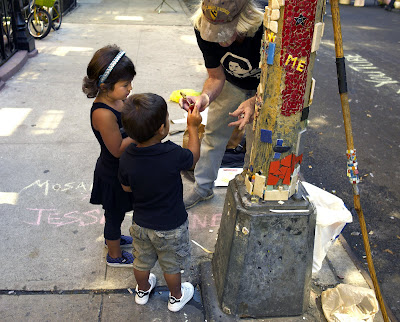 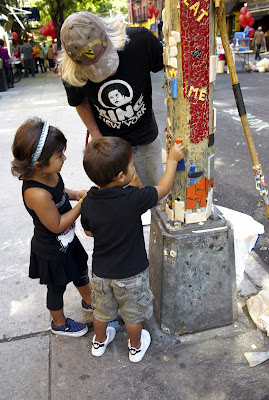 Be a Fool . Mess With Ray and His New Security 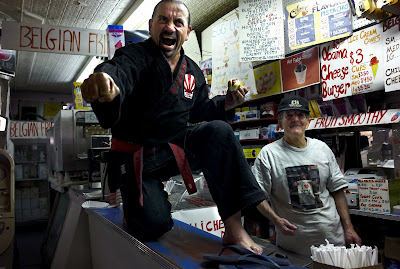 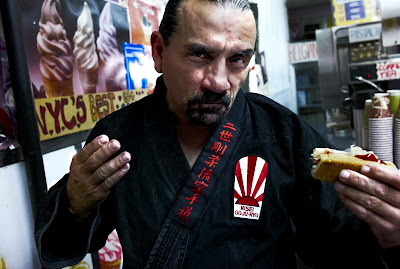 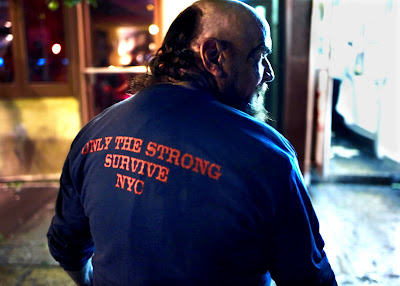