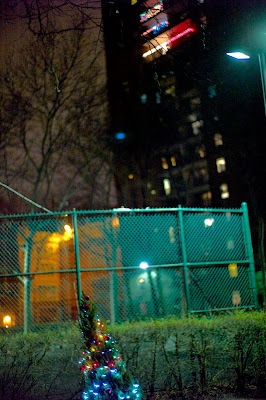 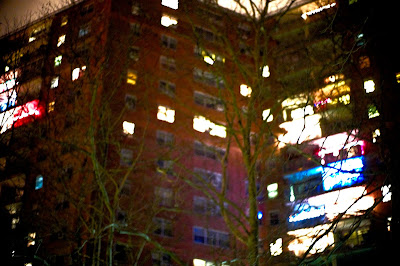 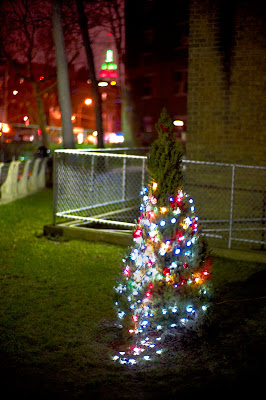 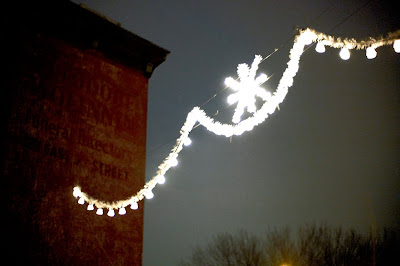 A Warmer Night on Avenue A ... 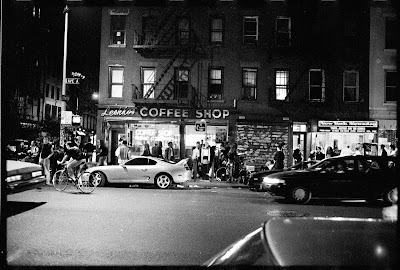 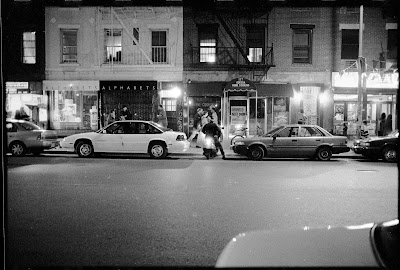 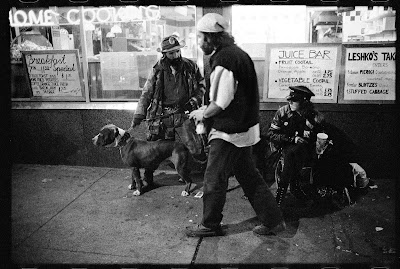 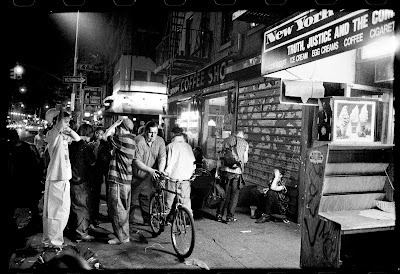 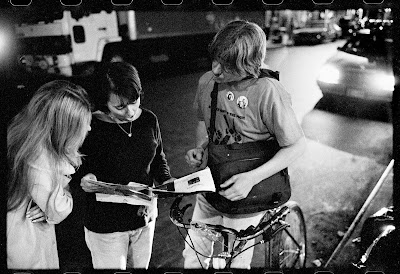 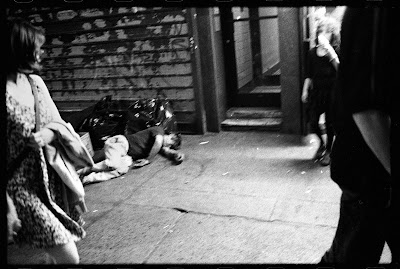 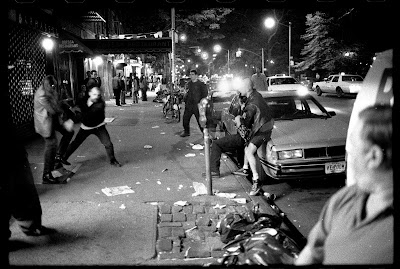 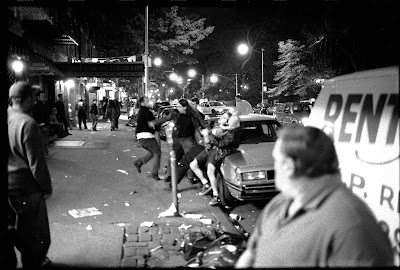 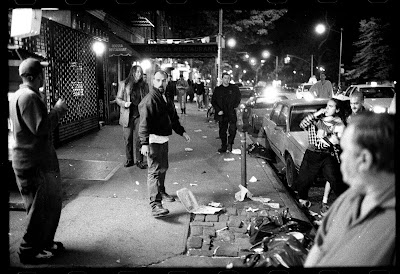 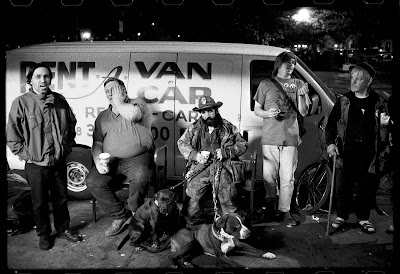 Not tonight's 30 degrees this night and warm enough to bring out the swarming East Village masses . A lone cop on a Vespa was there to shepherd them . This churning throng , chaotic and on its way to God knows where . Some descending alcoholically through the evening in dissipation to dormancy at some one's doorstep .
We can't recollect the exact date of this pictured evening . We do present here though a picture of John "the Commie"Potok ,wearing his red "Class War Organizer" T-shirt, attempting to impress two young women with pictures of his squat in a copy of the design magazine of the Sunday NY Times . One can see the boldly printed word "Squatter" on the page of the Times story about squatter chic in the East Village .
John's squat was one of the squats presented in the roundly praised story .The perceived squatter effrontery of this particular story praising the squatters residences almost certainly played a part in galvanizing the Giuliani administration to acting to evict not only the audacious 13th street squatters in the story but all the others too by sending a contingent of several hundred cops led by commissioner Bill Bratton , in a very slick suit and expensive shinning shoes , and a 1950s International Harvester built M75 Armored personnel carrier to 13th street .These evictions occurred in the spring of 1996 , a short time after this printed squatter chic celebration hit the streets .
http://neithermorenorless.blogspot.com/2006/09/concerning-use-of-force.html
http://neithermorenorless.blogspot.com/2007/04/last-stand-on-13th-street.html
Whatever , later on this warm night in spite of the occasional presence of a scooter cop--not uncommonly in these times on avenue A scooter cops would ride down the sidewalk two abreast to herd the unruly masses , dispersing them into the street and down the block-- some of this evening's more exuberant players managed to produce a nasty fight with at least one knife brandished .

A Saint Marks Place Moment From the Middle 1990s 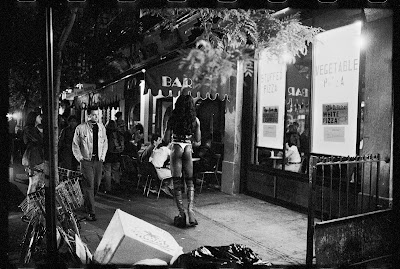 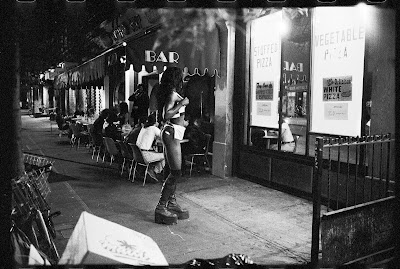 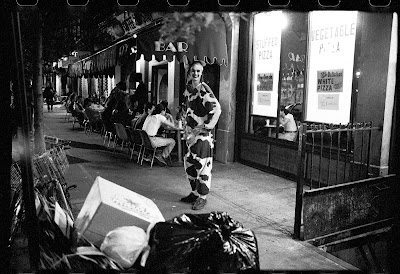 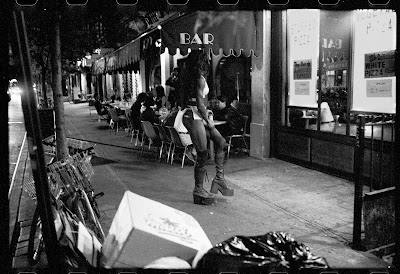 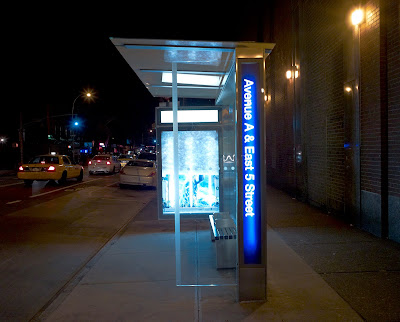 Too tall and shallow to afford much protection from wind and rain . Only rarely functions properly as an advertising display .http://www.cemusany.com/
# posted by Bob Arihood @ 4:11 AM 0 Comments

At the Entrance to Washington Square Park Sunday Afternoon 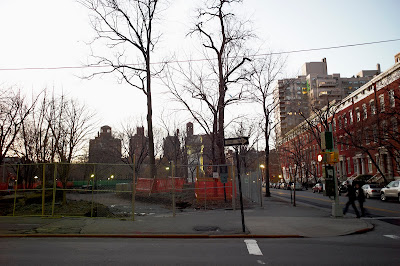 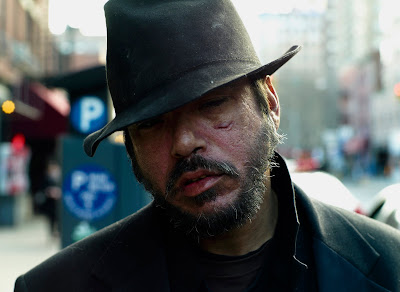 This most recent photo was taken in March of 2009 . Times were very difficult for G then . Shortly G or variously Gesus and Geezus disappeared .
People have been asking about him , where he is and how he is . We hope better . If you know anything about G leave a comment .
# posted by Bob Arihood @ 2:01 AM 9 Comments 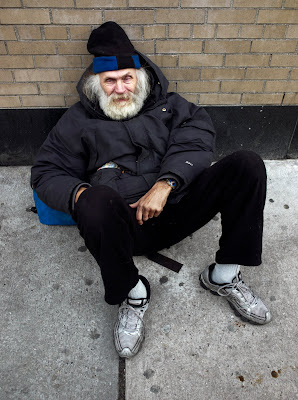 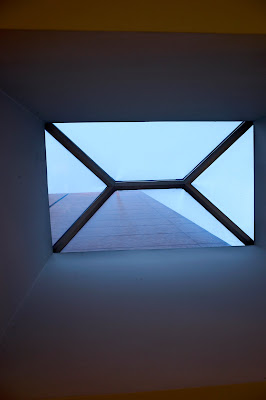 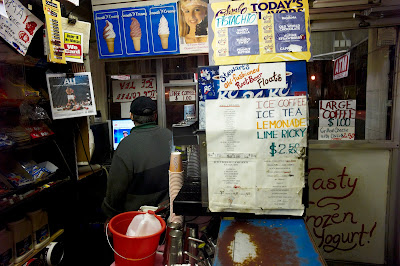