The Old Confronts the New at 7th Street and Avenue A 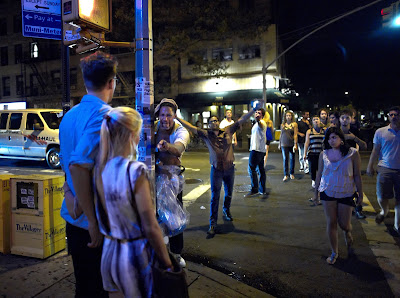 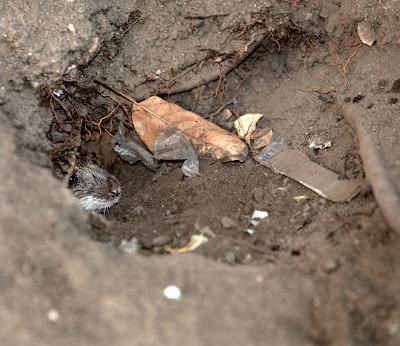 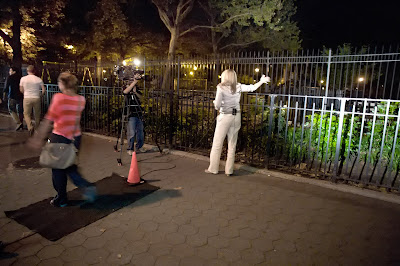 Ray Gets an A 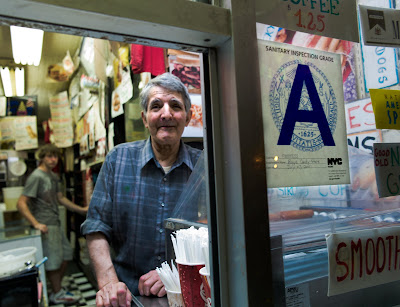 Hard  to believe but true .After the hell that the Dept . of Health and Mental Hygiene visited on Ray a couple of months ago , today an inspector gave Ray a sanitary inspection grade of "A". 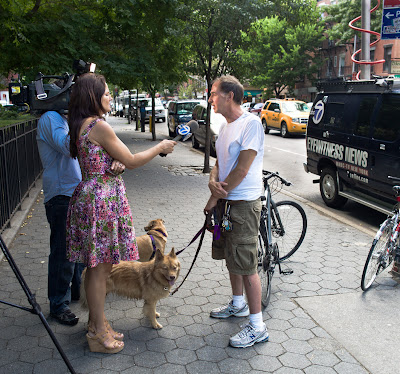 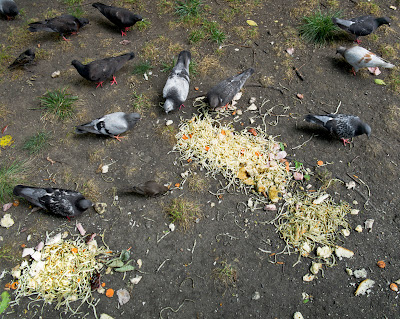 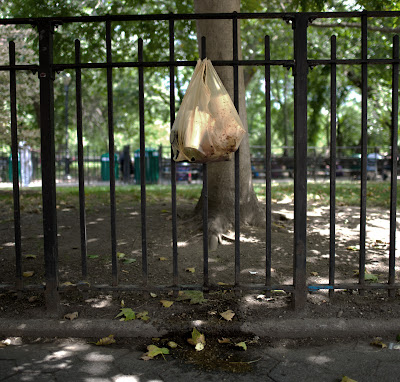 The Parks Dept. is today taking some flack for the rat population in Tompkins Square Park .From what we've seen over the last 4 or 5 years that population hasn't changed all that much . When we first posted on rats 4 years ago the level of rat activity was about the same as it was this last Saturday night when we pictured some of the T.S.P. rat population.Rats have as far back as we can remember wandered into the children's playground .The holes are just as common but in different areas . Perhaps some of the criticism  of the Parks Dept . is misdirected and unfair .

In recent years poison application  has been curtailed because of the possibilityty of harming a varying Red Tail hawk population .Poisons work unreliably , rats figure out whats safe to eat and poisons of any kind are not always eaten though the slop left behind by humans is always eaten .The larger portion of the TSP rat population is nearest to where there is the most such slop .

Parks personnel have for some time  been filling in rat holes , digging up rat nests and killing rats in the areas where the food supply is greatest .Ground cover which  obscures rat holes has also  been removed throughout the park.

Rats need food and there is plenty of it in TSP. The more food the larger the rat population .The problem in TSP is that humans leave behind large quantities of uneaten food . The charitable organizations that admirably feed many a hungry soul contribute to the problem when those that they feed leave uneaten food strewn about the park .Pigeon ladies strew bread and other foods about the park lawn .This pigeon food is eaten by rats too .

We all need to be more careful about placing uneaten food in the trash containers .The charitable organizations should be required to clean up after those they feed .The Parks Dept. needs a garbage detail  that empties trash containers and cleans up food spills much later in the day rather than as they do  now  in the early afternoon .The larger portion of the uneaten and discarded food supply is produced in the late afternoon to early evening .Reduce the available food supply and we will also reduce the rat population .

Saturday Night with the Rats of Tompkins Square Park 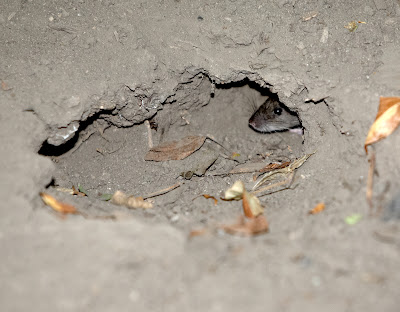 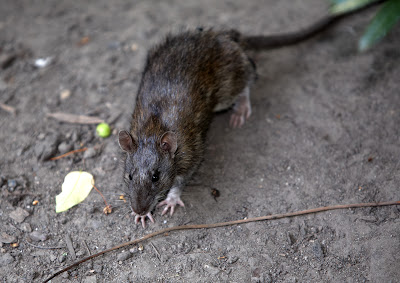 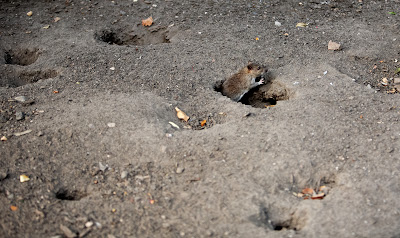 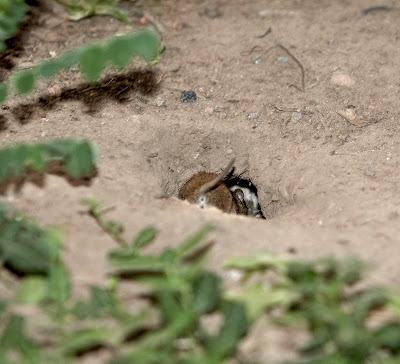 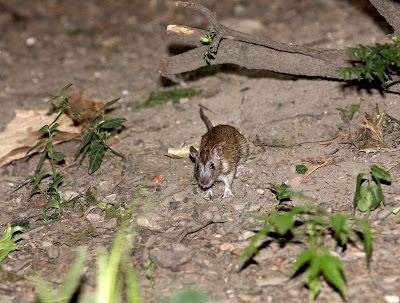 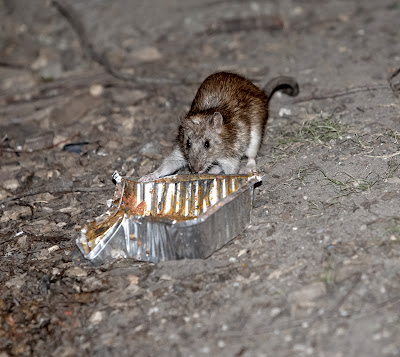 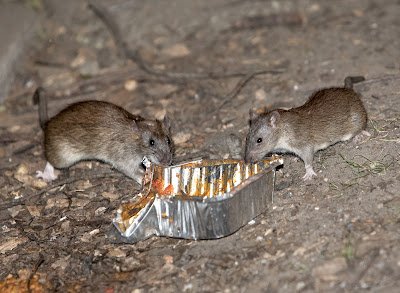 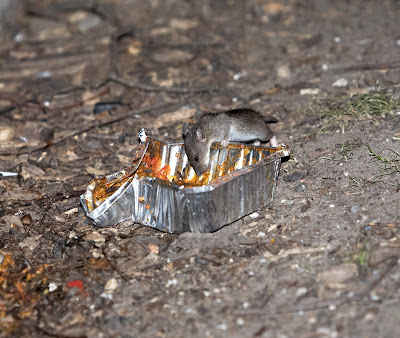 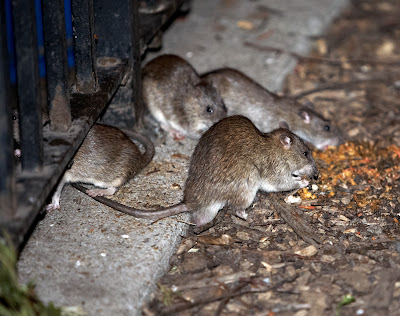 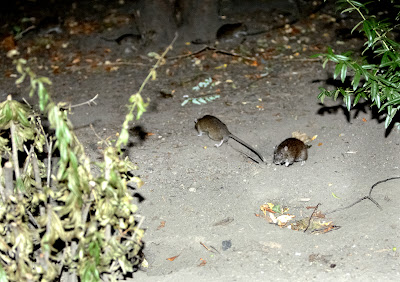 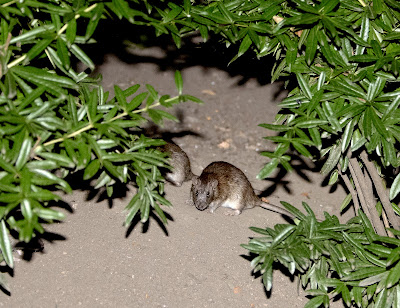 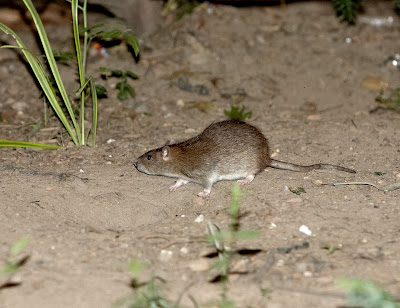 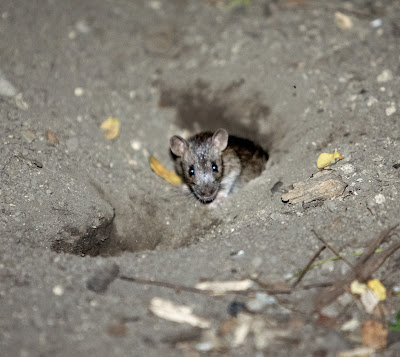 In a land of giants it is good to live in a hole in the ground.

Saturday Night on avenue A

Woman Assaulted on 9th Street Just East of Avenue B 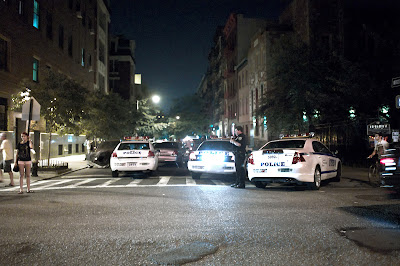 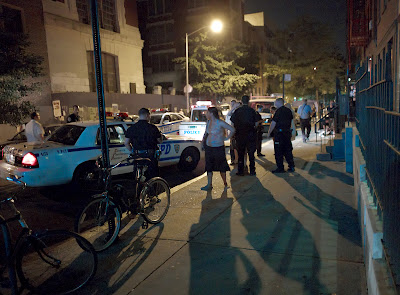 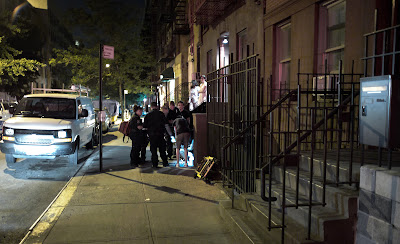 Shortly before midnight Saturday night multiple 9th precinct units answered an assault call at a location directly across the street from the Cristadora on 9th Street . At the time of the call a woman was being assaulted by a man . Police sources claimed that the man and woman knew each other .We were not able to determine how badly the woman was hurt nor were we able to determine  whether the man who had assaulted her was taken into custody .