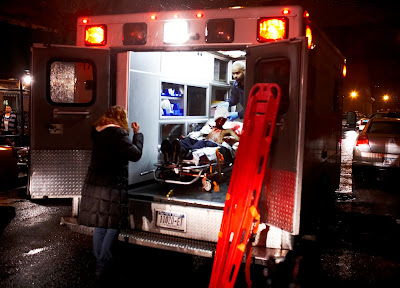 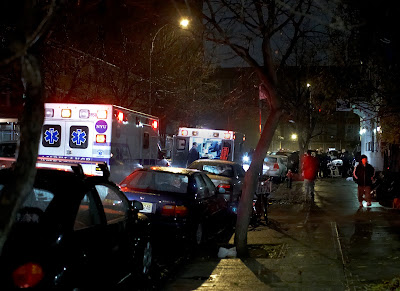 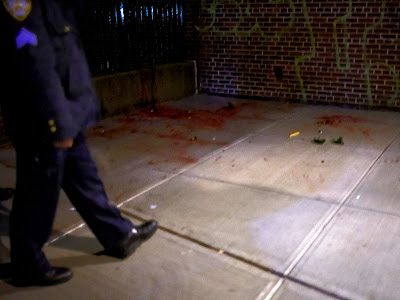 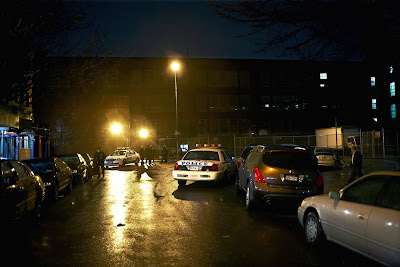 Blood was spilled over a 50 foot stretch of sidewalk along the curving arc of the 5th street cul-de-sac during a violent confrontation between several young males Friday night shortly after 11 PM . This cul-de-sac , a short section of 5th street , extends just to the west of avenue C roughly half a block .
At least 2 young males were taken to hospital . There was mention made of 3 young males in black hoodies running from the scene. We do not know whether any of those who fled were taken into custody by police though a search was in progress as we left the scene of the violence . 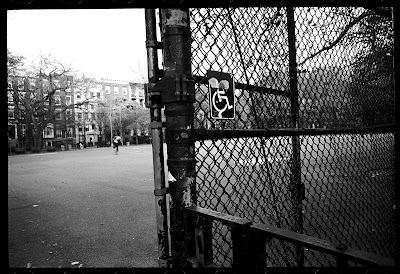 Man Identified as Mugger Returns to Avenue A Tuesday ... 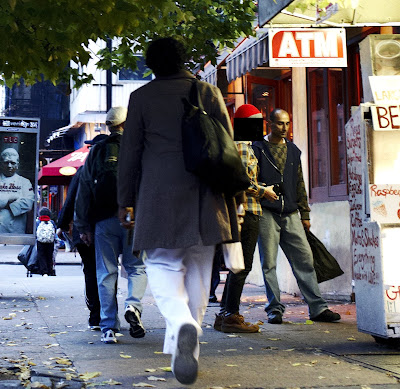 Adele often stands in the afternoon and early evening on avenue A just to the north of the 7th Street entrance to Tompkins Square Park .Adele regularly says to all passers "God bless you" and some help her with a small remuneration .
Recently , according to witnesses Adele was mugged . These witnesses identify the one visible un-obscured face pictured above as the mugger .Adele was not hurt but she did lose her money to the mugger . For whatever reason Adele denies the mugging happened but our witnesses saw the mugging and later some even meted a summary punishment severe enough that the mugger left the neighborhood . It is not clear as to how much money was involved nor whether it was returned to Adele . Tuesday afternoon the man identified as the mugger was back on avenue A and in TSP .
Adele has lived in the neighborhood for many years . She has helped the homeless in TSP with clothing handing out socks , underwear ,shoes ,etc. at the chess table area for many years . She has assisted with charitable activities at Graffiti Baptist Church for years . Times have recently become more difficult for Adele and now to add to the difficulties , this miscreant is back on the block .
For a picture of Adele on avenue A and more : http://neithermorenorless.blogspot.com/2007/01/eddie-and-his-mother-adele.html
# posted by Bob Arihood @ 9:17 PM 14 Comments 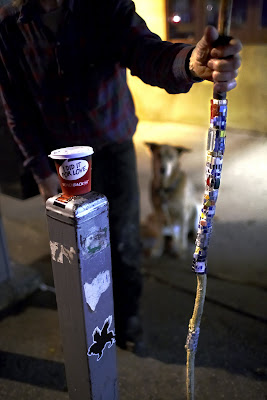 Spidey Has an Avenue A Birthday Party But Eden Couldn't Keep Her feet on the Ground ... 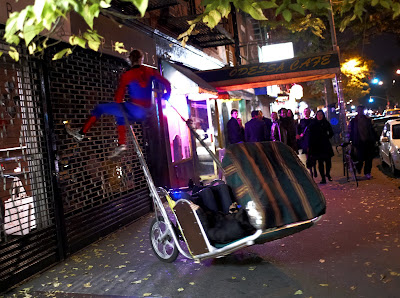 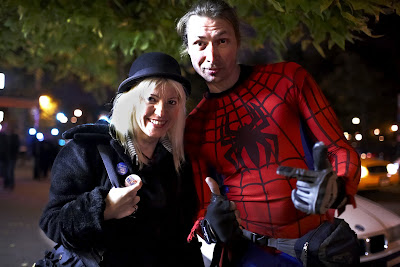 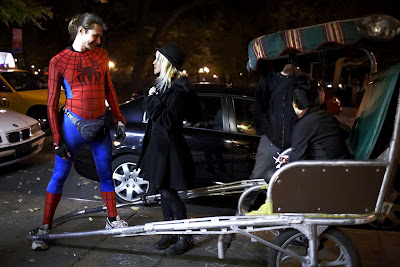 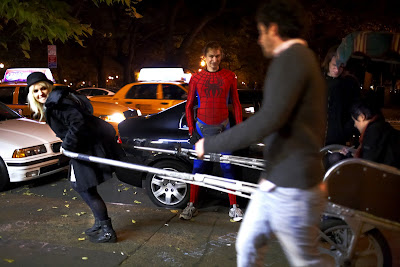 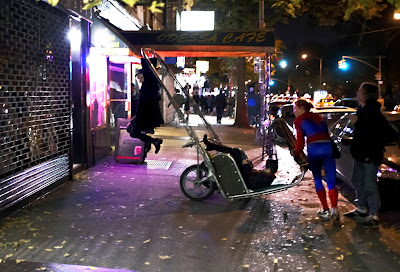 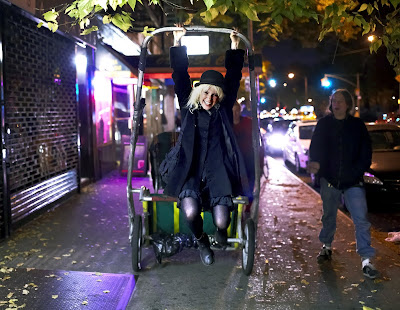 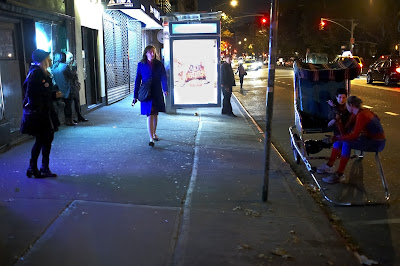 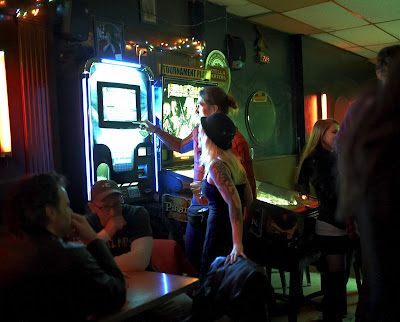 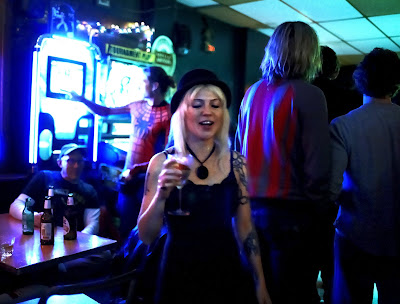 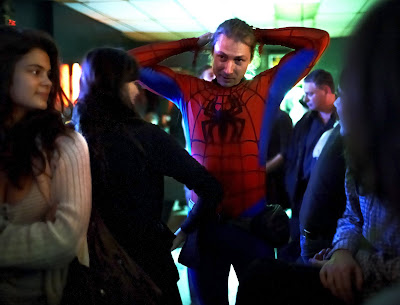 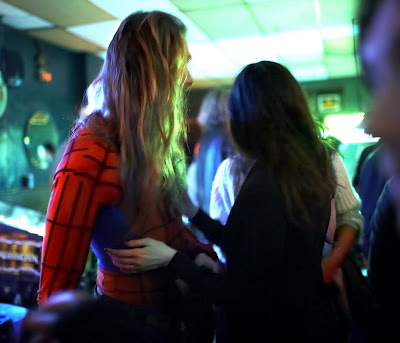 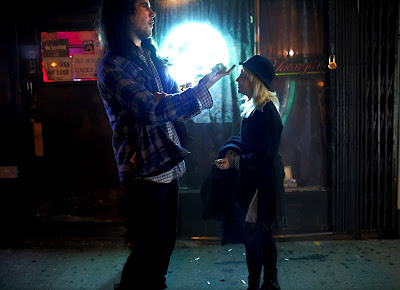 Saturday night Spidey came to Avenue A with his rickshaw to climb the walls and charm the babes . Spidey worked the block for a while hauling folks , mostly females of course , around while doing all his special acrobatic routines . But tonight was a special night for Spidey . Saturday was Spidey's birthday . A celebration was in order and Ray's Candy Store was a good place to start .
Eden was out on the street . She had just performed with her band in Jersey and was looking for a little fun . She saw Spidey and his rickshaw hauling folks around and she asked him if she could run with the rickshaw too. Spidey's answer was "of course " .
Eden ran down the sidewalk pulling the rickshaw but just couldn't keep her feet on the ground . Well , probably better to just go drink and have some fun at Lucy's .Next stop Lucy's!
Spidey chains his rickshaw and all repair to the bar at Lucy's venerable avenue A drinking establishment . Spidey selects some tunes , drinks are poured and sipped . Spidey lets down his hair and in earnest his birthday party begins .
http://www.youtube.com/nycfunrun

Mumia Still Seen on Avenue A 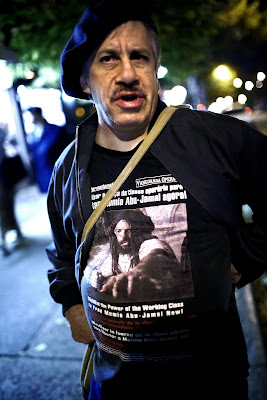 Cochise Does Not Mess With Jesse Jane 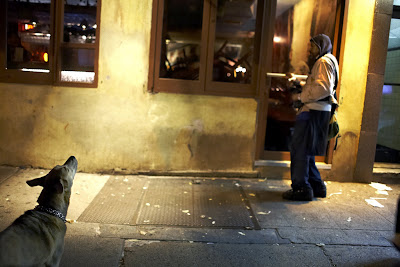 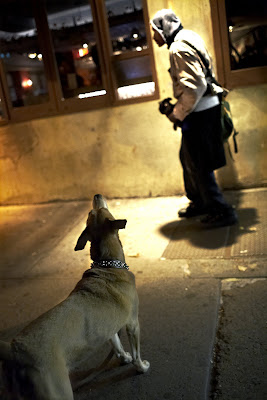 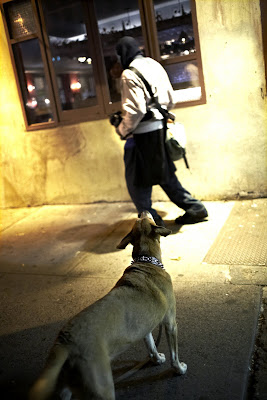 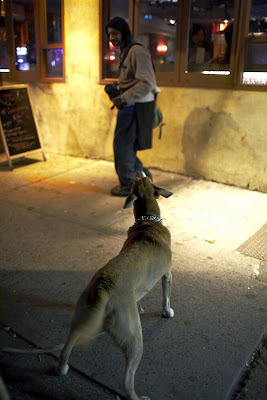 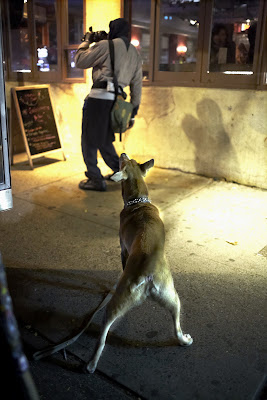 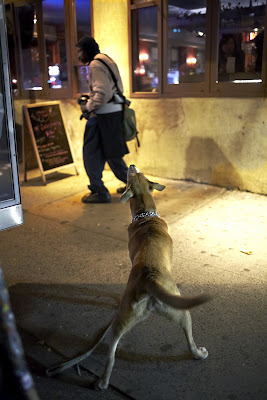 Mosaic Man Has a Home Again ...For a While at Least 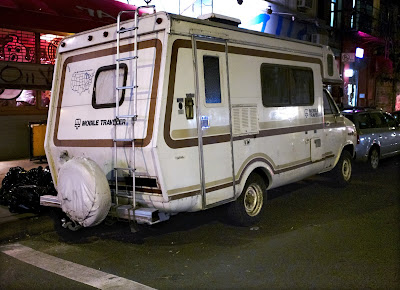