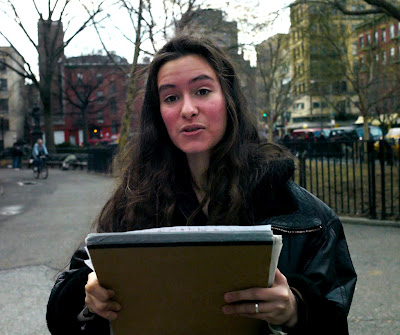 Amy is reading from the text of a children's story that she and the love of her life , dearest friend and companion , Jewels , are writing together . A story about an island of monkeys that is invaded by pirates . Amy is doing the illustrations and Jewels , poet that he is , is doing the rhyming . They are working together by correspondance : Jewels is currently incarcerated at Rykers Island ... but that is soon to change .
In a bit more than 2 weeks (on or about 18 March 2008 ) Jewels will cross the bridge that connects Rykers to the mainland of NYC and walk back into civilian life . Then he will have served 8 months of a 1 year sentence . Commonly those who behave well at Rykers are released after serving just 8 months of their 1 year sentence . Jewels has been a good boy and thus will be out early .
Returning to civilian life may not be so easy though , he will not have his own place to stay and he will not have an income . He can stay with Amy at her dorm for 3 days but then he will be on his own . Will he head to Tompkins Square park where he has some freinds ?
Jewel's freinds in TSP want him to come down right-away . According to Amy , they have a big party in mind for him with booze , coke , assorted other drugs and strippers .... just exactly what he needs the least . The last place for Jewels to be is TSP and avenue A , the place where his drunken hijinx got him arrested 19 July of 2007 , pictures of which arrest were posted here at NMNL .
Amy believes in miracles affirming that they happen all the time . We certainly hope she is able to work one here for her and Jewels .
# posted by Bob Arihood @ 9:01 PM 7 Comments 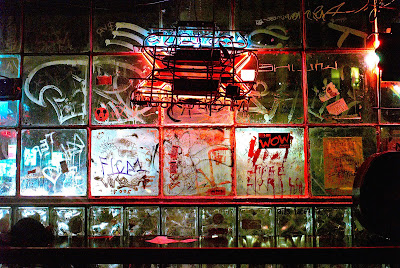 It was a cold and windy Thursday night ; not so many people on the street... we ended -up at the "Mars Bar" . A friendly place ,we felt at home and had a shot of Bushmill's and a couple of Buds ... cheap too.
In our estimation a venerable and worthy drinking establishment but perhaps a reality that many of the recently arrived East Village upper crust would not be prepared to honestly embrace and suffer .
# posted by Bob Arihood @ 2:40 AM 0 Comments 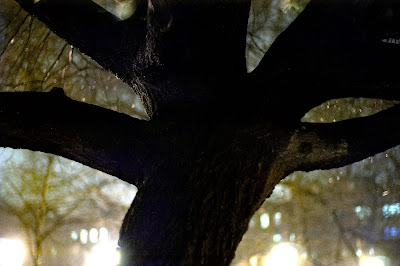 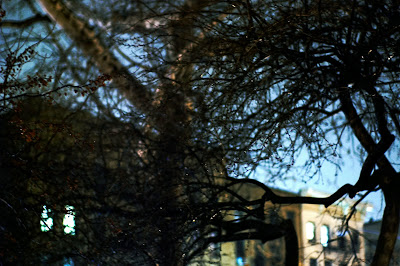 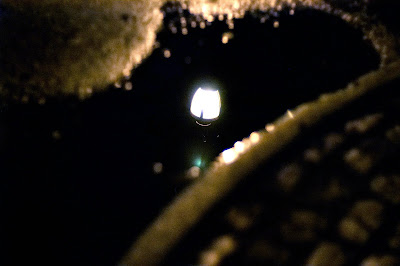 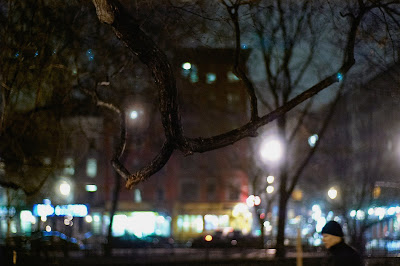 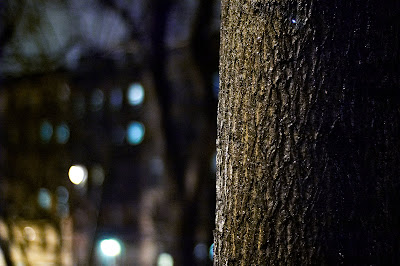 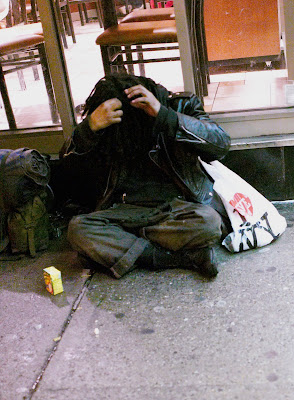 From the Back Door 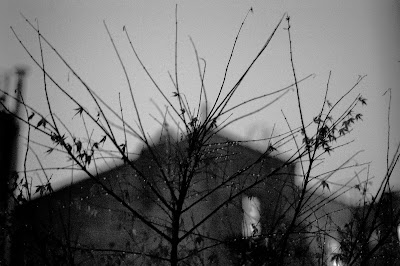 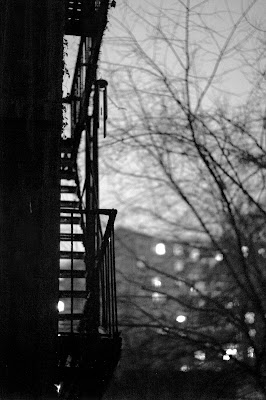 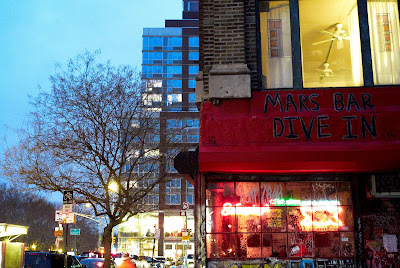 The venerable and truly unique "Mars Bar" with "Whole Foods" and "Avalon-Christie" beyond . 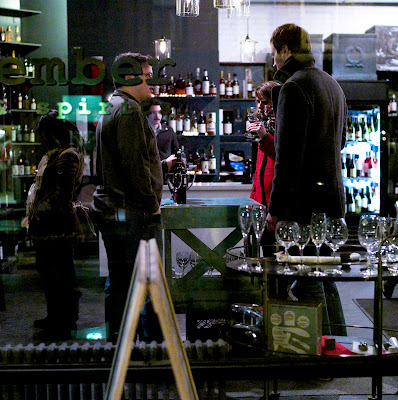 A contempory wine tasting . Though just a couple of blocks distant on Stanton Street , certainly a reality light-years from that of the "Mars Bar" . But really , no matter where you are , when you are hustling something take your hands out of your pockets ...it's not good form . 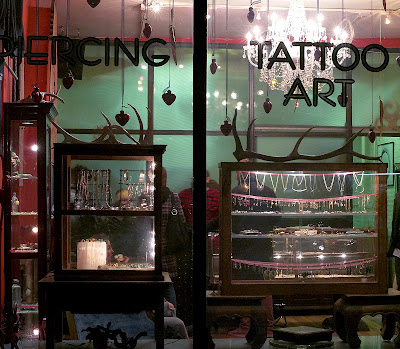 On Bowery... eating an apple . 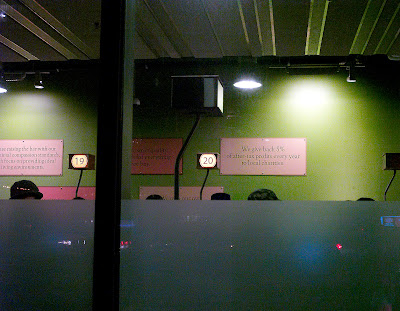 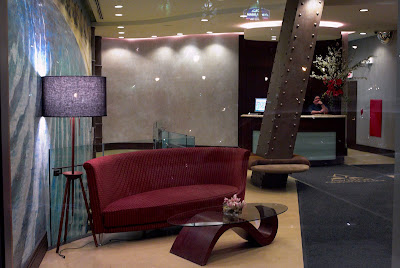 "Avalon-Christie" interior ... a guaranteed "Jetson's family" pleaser . George and Jane are all smiles on this one . 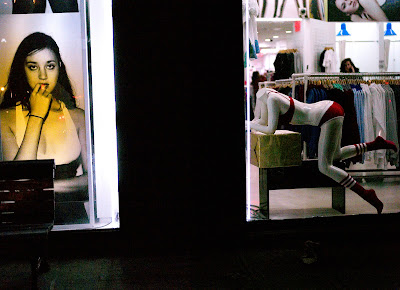 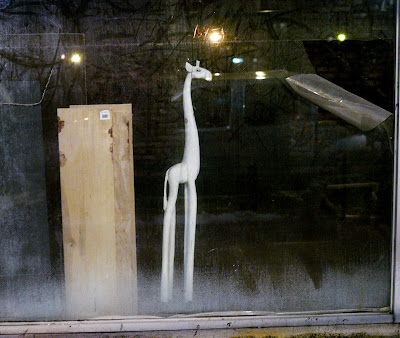 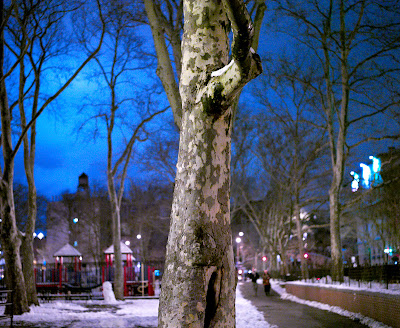 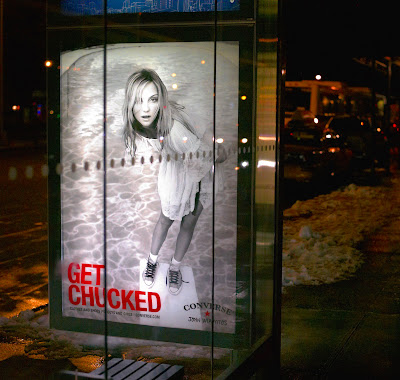 Just about this time of year several years ago we played state tournament basket-ball in these shoes ... we had red laces though . 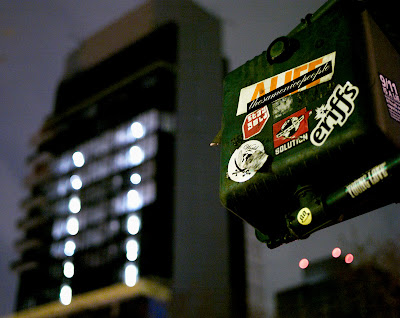 On Allen street a new sky-line populated of monsters intrudes and overwhelms . 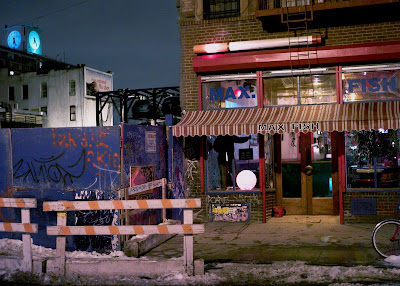 In the midst of construction chaos one of the originals , Max Fish . 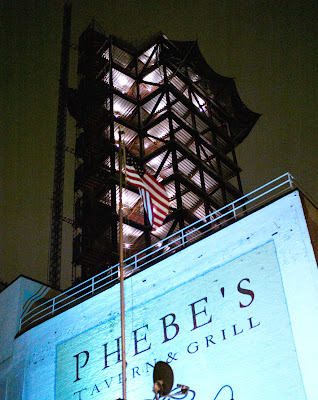 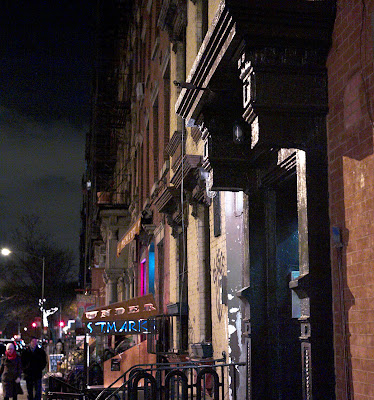 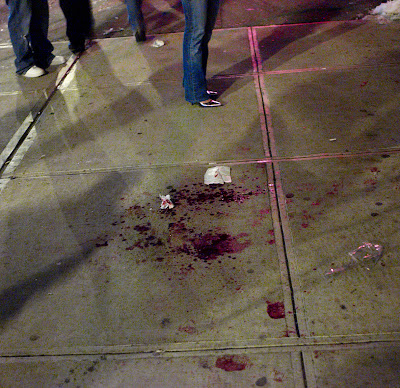 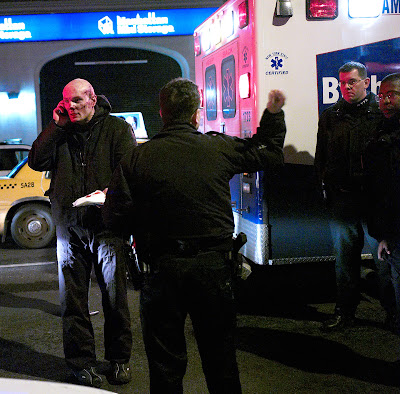 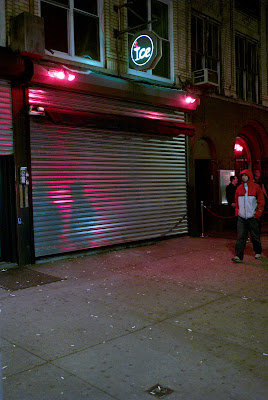 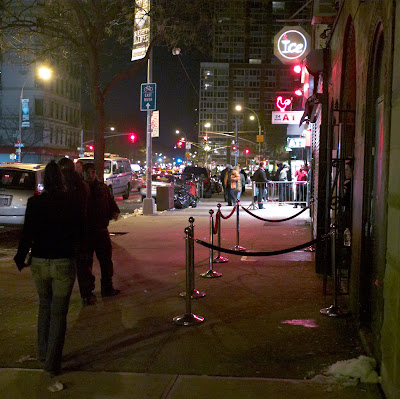 It seems from our street observations and police communications that there were more than the ususual number of fights this last Saturday night .There were disorders including fights all evening long . Too many for the police to attend all of them in time to do at least a little good . We certainly were not able to get to many but we did ,in our prowlings , see remnants of crowds and several sections of freshly blood-splattered sections of sidewalk .
From the street we could see that there were more people out than usual .There were nearly constant traffic jams on avenue A and some side-streets . Police communications were active constantly reporting disorders all over the East Village. Disorders occuring usually propinquant to a bar or club .
We didn't get many pictures Saturday night . Of the pictures that we did get , the ones above ,we took after a fight outside a bar named "Ice " on 2nd avenue between 1st and 2nd streets shortly before closing time . This fight , between a patron and a bouncer , drew a large and , according to witnesses and police , unruly crowd . According to witnesses at the scene ,three bloodied individuals were taken to hospital by ambulance .
# posted by Bob Arihood @ 5:59 PM 1 Comments