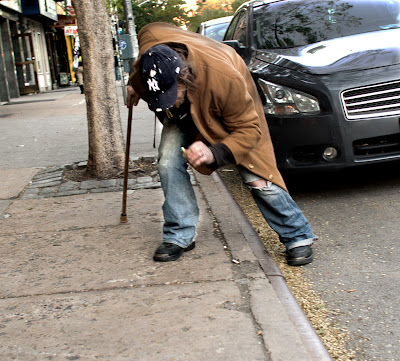 A man needs a smoke . With not even enough money for a "tax free" pack on avenue D or perhaps at a local bodega , of necessity a man looks for snipe . He spots that butt with a little smoke left  . Now he's got at least a couple of puffs . It helps but if he really needs a smoke , its look for more snipe .

In the Rain Today at the Temperance Fountain 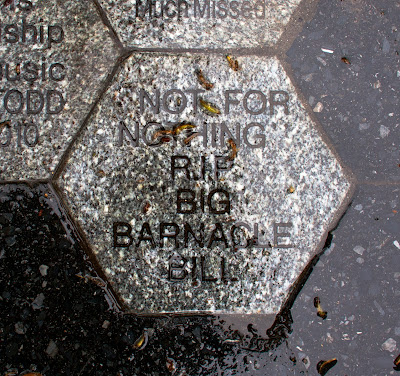 In a place and time that knows little of it , a fountain stands for temperance . At its foot  some graven marks in stones in black asphalt name some who are remembered . Among these hexagons was lately , finally placed the small marker of a life's trace , a friend of many and stranger to temperance, Barnacle Bill Scott .

Johnny Bizarre's Tongue and Other Things 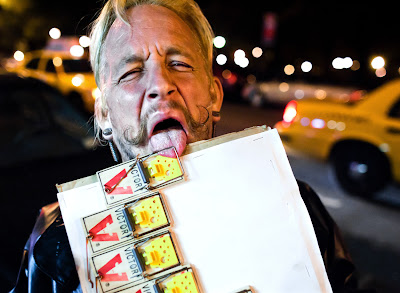 For real ? Yes , we winced at the sight and sound of it all . Mouse traps snap , you know , with deadly results for small furry mammals . Johnny though  seemed to just ,we are tempted to say "grin and bear it ", but how can you grin with your tongue in a mouse trap .The imaginings of what the pain had to be were troubling . Johnny though just stood there quietly with his damned rodent trap contraption hanging from his tongue.

Johnny also displayed his collection of cut nails , and some very shiny 20 penny nails too .He claims that during his act , Johnny is a performer , he sticks the nails up his nose ... and up his penis too .

This Monday evening on avenue A , L.E.S. Jewels and Johnny were hangin' together . Jewels chimed in that Johnny was teaching him how to stick nails up his penis .He said he had yet to learn how to get the nail all the way up his penis . Jewels said though that he will continue to work at it until he can go all the way . Interesting what boys alone with their phalli will do . 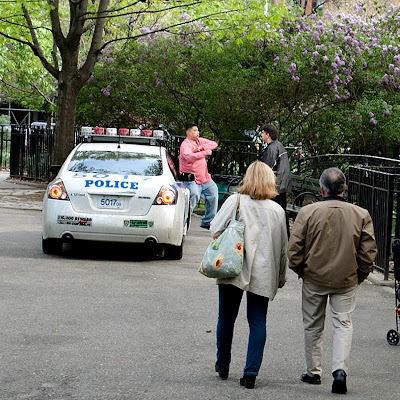 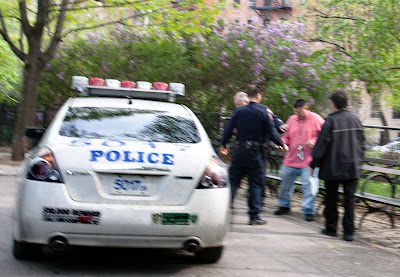 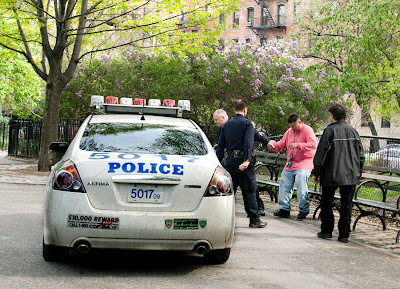 Alleged Krack Smoking Bartender Flips Out and Expels Patrons , Wait Staff and Manager From Bistro ... Then Locks Himself Inside Bistro 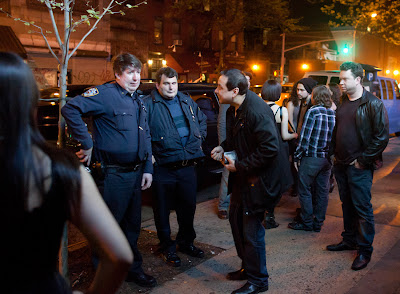 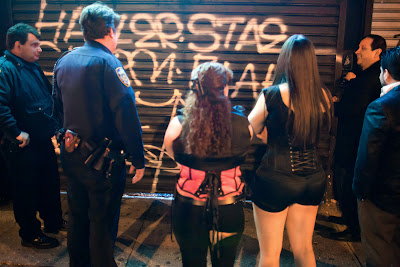 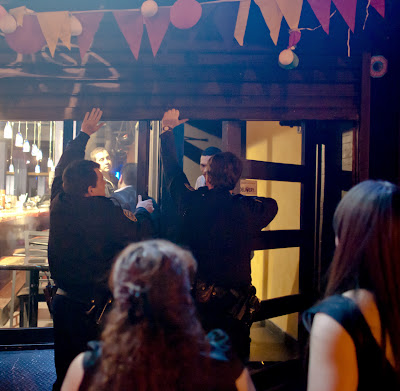 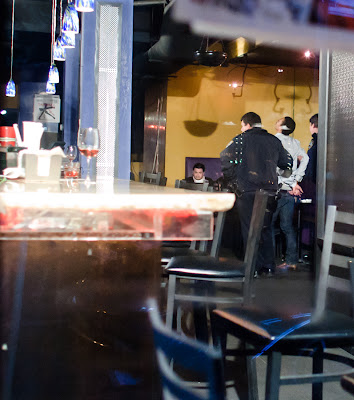 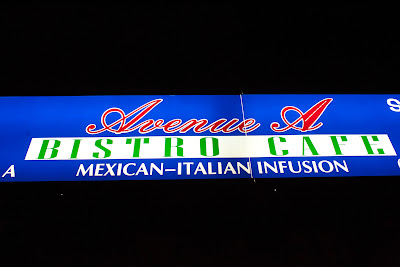 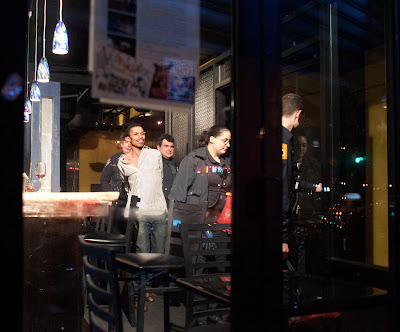 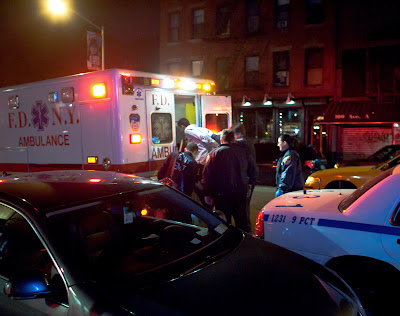 That krack don't smoke itself ! According to witnesses , early Sunday morning at 103 avenue A that seems to have been the case . Allegedly a krack smoking bartender smoked just a little too much krack and in a krack induced fit threw the patrons , the manager and the wait staff out of the Avenue A Bistro Cafe . Then the high flying mixologist locked himself in side the bistro .

Police were called to the location . The gate and door were opened and the police entered the bistro, siezed and cuffed the krack smoking bartender . We saw one cop holding what appeared to be the krack crazed culprit's krack stem .The cuffed bartender was taken by ambulance to a local hospital for observation.

This evening at 103 avenue A we were again reminded that its drugs and booze that make the East Village go .