In Red , White and Blue 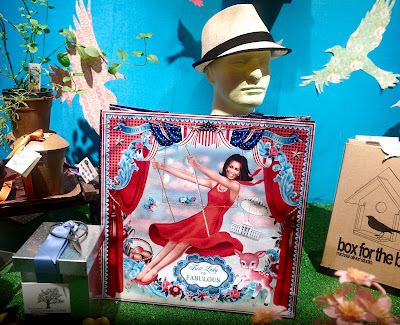 Sleez and Sid "The Nazi" One Year Ago on Crusty Row in Tompkins Square Park ... 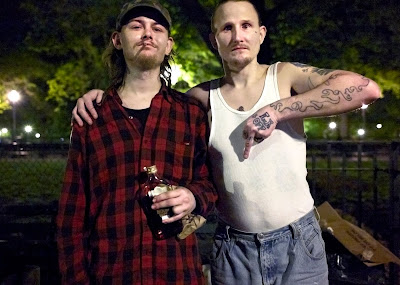 A few days before this picture was taken , Lesia Pupshaw and 2 males were severely beaten on Crusty Row in Tompkins Square Park by a wilding youth gang . Lesia died in bed the next day at her home . The event began a summer with several such wilding attacks in the Tompkins Square Park neighborhood .
# posted by Bob Arihood @ 3:34 AM 10 Comments

After the Wednesday Morning Fire at 14th Street and Avenue A ... 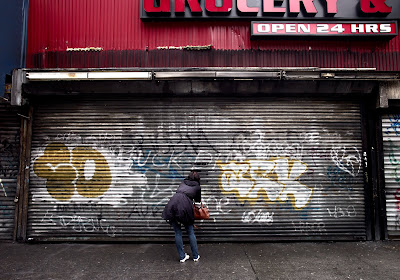 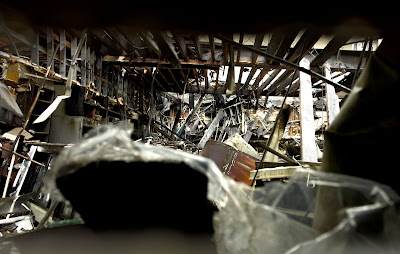 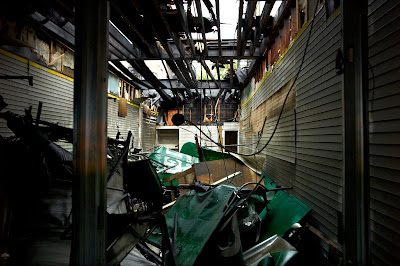 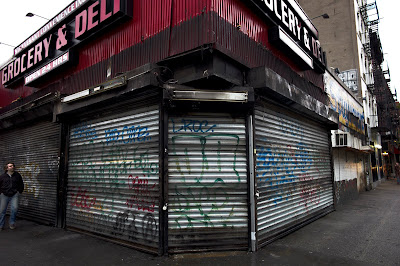 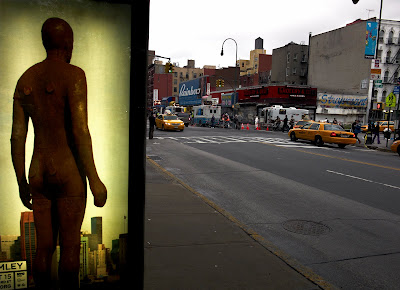 With a properly designed sprinkler system , fire rated non-combustible ceiling assembly and integrated fire rated floor-to-roof non-combustible occupancy separations , most of the jobs and businesses lost due to this fire that occurred Wednesday morning would not have been lost . 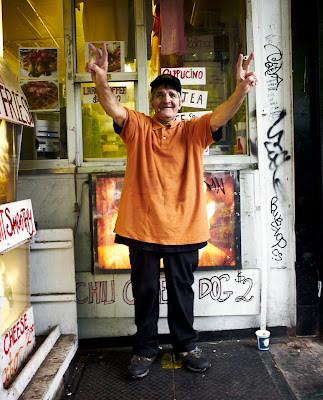 Ray would like to thank all who have in all their various ways helped him . He would especially like to thank his attorney , Clinical Professor of Law Toby Golick and legal intern David Feingold of the Bet Tzedek Legal Services Clinic at Benjamin N. Cardozo School of Law for their generous assistance . Without their help this victory for Ray would not have been possible .

Ray says that he will soon begin the process to become a U.S. citizen . 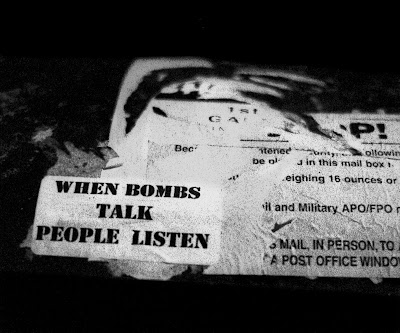 Back in the 90s when it was letter bombs that were in vogue , some local wit stuck this pithy little statement to a US Postal Service mailbox at the corner of avenue A and 4th street . What with all the recent "suspicious package" and "bomb" runs being made by NYPD these post Times Square bomb days , this little sticker still reads true .
Ever since Faisal Shazhad , with a reported 4 days of bomb making training in Pakistan , failed to set off his Rube Goldberg fizzler in Times Square , numerous expensive runs have been made by NYPD's bomb squad . Justifiably so : this $2000 fizzler had , at least as we understand the facts provided , on the order of 8 million BTUs of energy to deliver as a dramatic , explosively expanding ball of fire .This amount of energy liberated by a properly designed device over a suitably short period of time would indeed produce a damaging explosion ; especially so if a suitable oxidizer in the necessary quantity was contained in the device . Thus all such reports have to be taken seriously ; even though by doing so dear police resources are being consumed at a fearful rate , too much is at stake not to .
Considering all , it seems that some thrift minded bomb making terrorists have figured out how to get the biggest terror bang for their terrorist buck without even having to make much of a bang with their bombs .
For one of today's bomb runs :
http://www.nydailynews.com/ny_local/2010/05/09/2010-05-09_suspicious_car_sparks_bomb_scare_at_american_museum_of_natural_history.html
...and again Tuesday in Times Square :
http://www.nydailynews.com/ny_local/2010/05/12/2010-05-12_another_false_alarm_near_times_square.html
# posted by Bob Arihood @ 12:05 AM 1 Comments