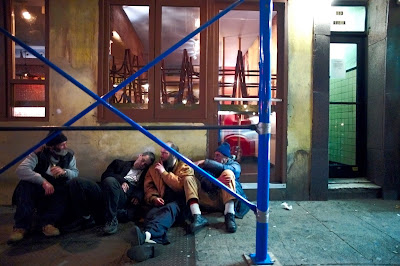 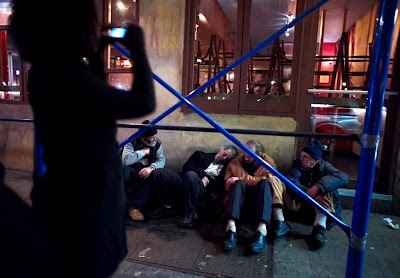 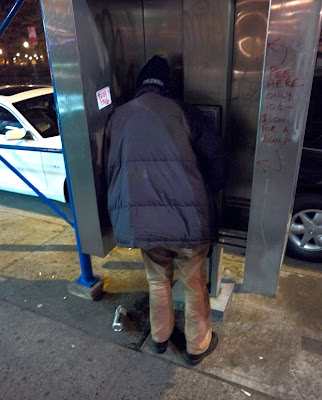 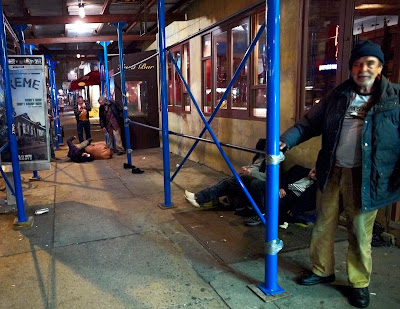 Comments:
I don't recognize these guys--are they new regulars??back to the hood to visit??
Lots of action on Avenue A.

This looks like the NEW Bowery...it is distasteful for fellow revelers to use a port of call for a photo opp.