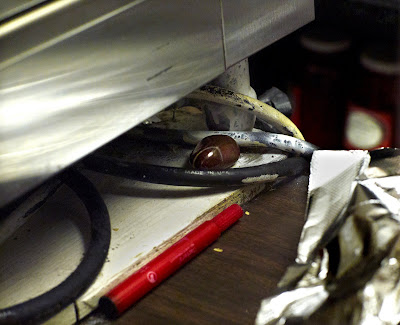 Tonight the rock said to Ray " the trees grow so well because of all the bones in the ground" .
# posted by Bob Arihood @ 4:41 AM 14 Comments 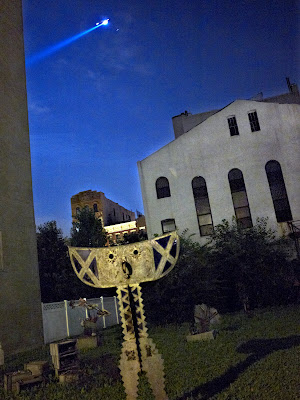 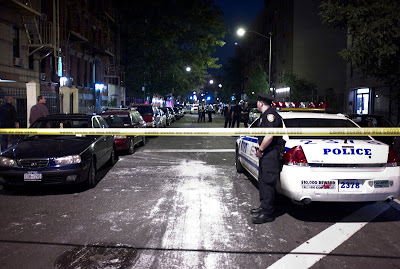 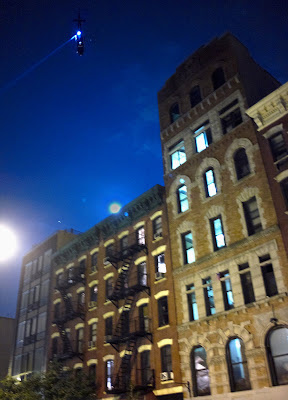 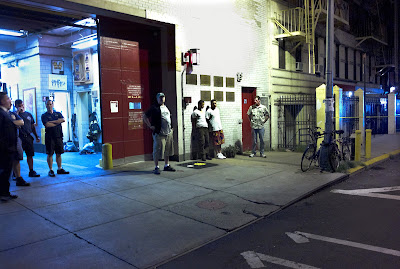 Wednesday night at 11:15 a police helicopter appeared in the the sky over 2nd street . Shots had been fired earlier in 2nd street . Though according to a witness there were 3 or 4 rounds discharged there were no injured victims nor ambulances noticed at the scene . The helicopter had been called to sweep roof tops in the block bounded by 2nd and 3rd streets between avenues B and C with a very bright search light looking for those who had fired the shots.
Second street east of the firehouse was cordoned off to avenue C while police searched for material evidence ,most likely guns and spent cartridges . We noticed police searching a car with Florida plates at the scene and picking through flower boxes and garbage cans on the block .
Perhaps as many 3 suspects were taken into custody . Two of these suspects were lined up against the firehouse wall likely for witnesses in a building across the street to identify . These two were then taken in cuffs from the scene in a police decoy taxi cab .
# posted by Bob Arihood @ 4:07 PM 2 Comments

How Ray Deals With Stress 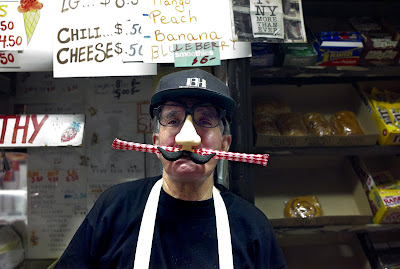 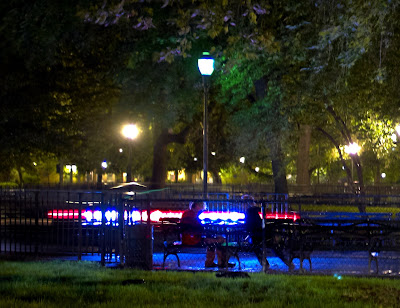 Second of 2 Weekend Concerts Celebrating the 21st Anniversary of the TSP Riot ... 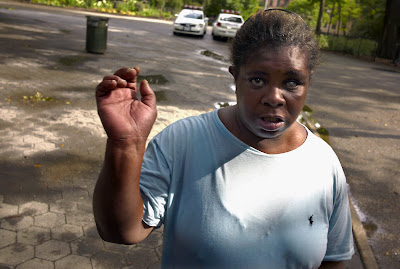 Marlene was there ; the cops were there . But where was the Tompkins Square Park riot concert ? The concert with little if any notice had been moved to Green Point by its promoters and NYC Parks Dept. permit holders .
Even though weather radar indicated accurately that 3-1/2 hours of the 4 hour concert permit period was to be and was sunny the performers performed at a club in Brooklyn and not in Tompkins Square Park , the site of the historic riot of 21 years ago , where many locals felt the concert belonged .
Though we are certain that some in the neighborhood around Tompkins Square Park were happy to not have a Sunday concert to contend with , many others were not happy with this gang's taking an important people's concert to another borough . Anger among some who felt robbed of an important historic weekend event is especially keen because the previous day's attempt at a concert was so extraordinarily , pathetically incompetent .
# posted by Bob Arihood @ 10:00 PM 7 Comments