These Boots Weren't Made For Walkin' .... 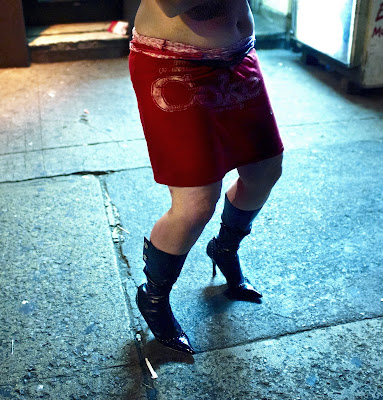 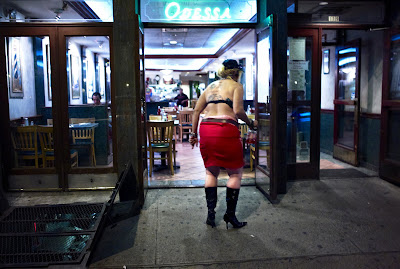 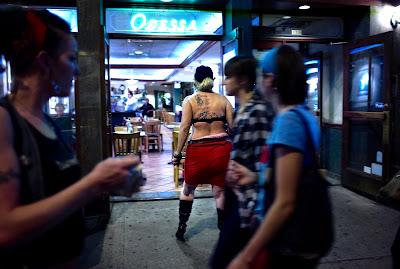 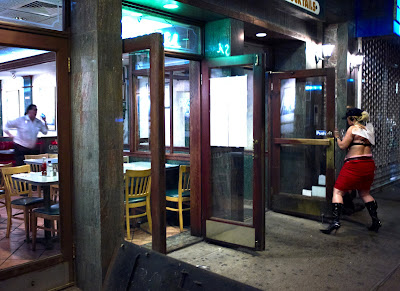 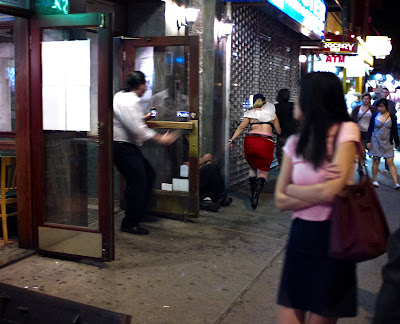 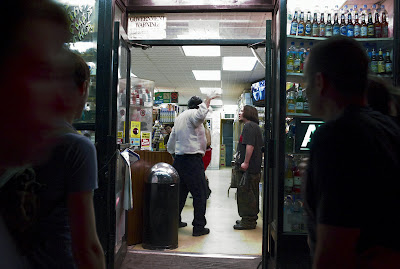 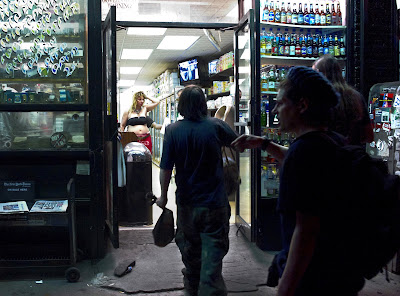 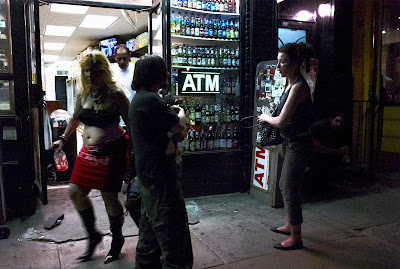 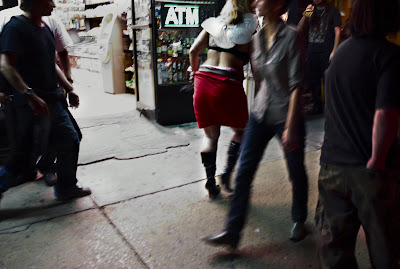 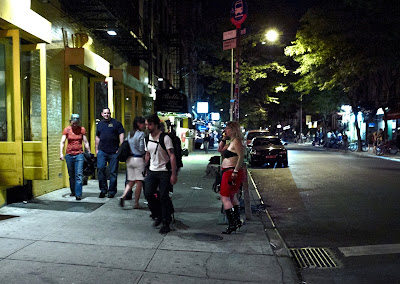 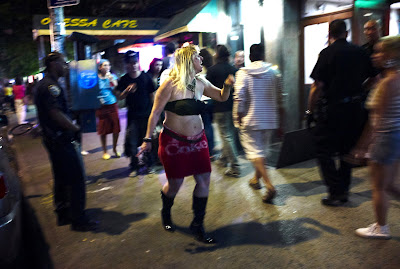 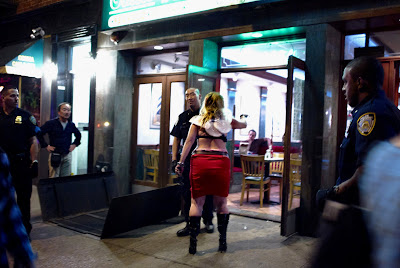 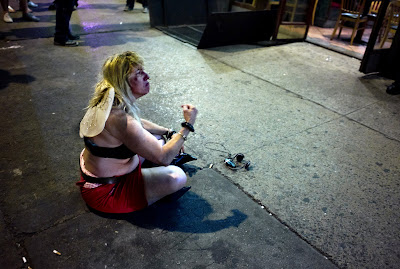 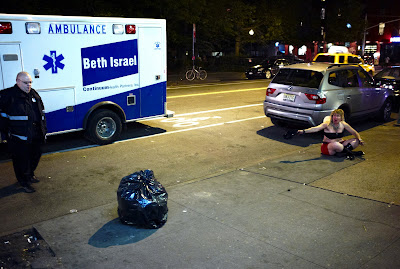 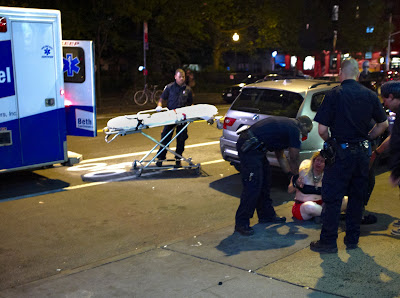 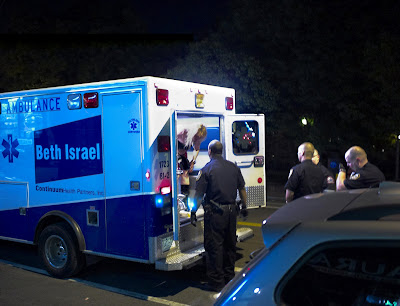 This evening ended with a trip to the hospital : sobering-up and whatever medical treatment necessary . She claimed a blow to her head with a ketchup bottle left her with a large bump on her scalp . We did feel a lump on the back top side of her head the next day but witnesses' accounts do not all support her claim that a ketchup bottle produced it . By all accounts though Thursday evening between 10:30 PM and 11:00 PM , on avenue A between 7th street and Saint Marks Place was a bit frenzied .
It had been a beautiful fresh spring day and the evening was much the same . It was an evening to be enjoyed and the Groper only wanted to sip her drink , listen to some music and dance slowly by herself on the avenue A sidewalk . She pulled on her new stiletto heeled black boots , put the ear phones to her ears ,sipped a drink and blissfully started to dance .
Unfortunately though she had chosen to have her evening's pleasures in the wrong place . She was dancing in front of the open doors of a largely empty restaurant . The restaurant management was not pleased that she was stepping, twirling and sipping at their front door . After a few pleasant minutes she was chased away ,this first time with perhaps the use of excessive force . After a few minutes though the groper defiantly returned , now wearing her wings .
After briefly entering the restaurant for a few feet and shouting some taunts at the restaurant manager she was again chased away from the front of the restaurant . This time down the street to a local groceria which she entered to take refuge . Her large threatening foe entered the groceria too . She was confronted face-to-face and was verbally threatened ; told to stay away or else . She would not be bullied though ; she called the cops .
There was little that the police could do as she stood outside the restaurant and coarsely and loudly growled some old Italian curses . As she defiantly bellowed and paced back-and-forth on the sidewalk the manager of course bellowed back . She then sat down all alone on the sidewalk and defied anyone to mess with her . From a simple desire for a few untroubled moments for herself all of this had come to pass .
The police called for an ambulance . Sending her to a hospital where some one else would have to deal with her was the easiest solution for them . She was eventually coaxed , in tears , into the ambulance and hauled away to a hospital . This event was not to be finished here though .
The next day the Groper told us that she entered the restaurant with a large plastic bottle of organic ketchup , opened the bottle and hurled the rich , red healthful contents all about . 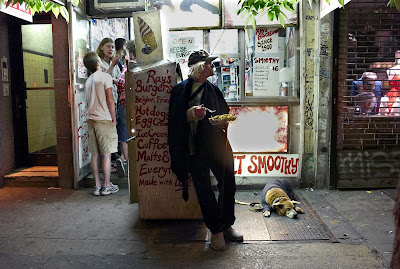 Marines Take Avenue A : Navy Gets a Hug and a Kiss From Emil 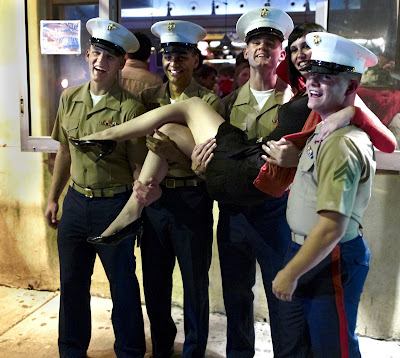 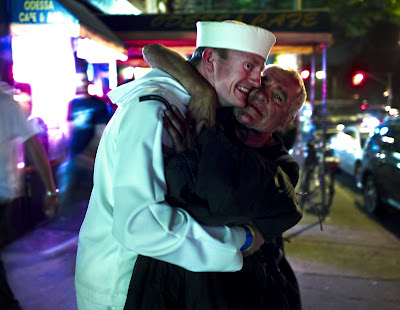 On Avenue A , This Young Man Clearly Prefers His Beers 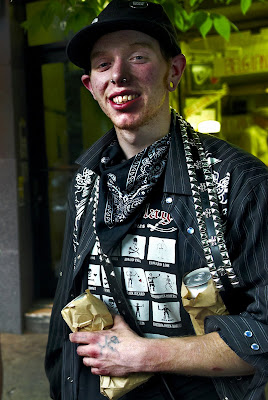