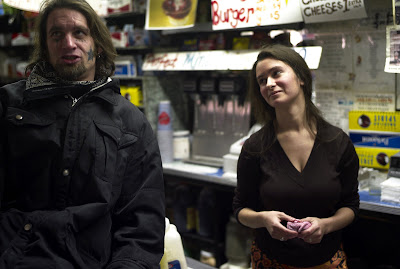 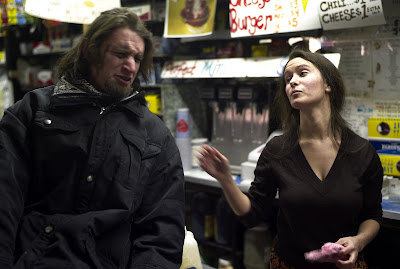 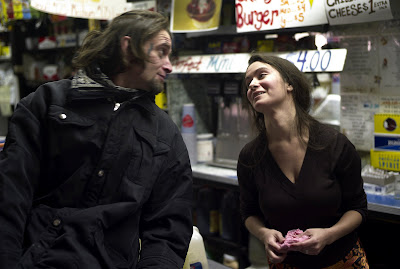 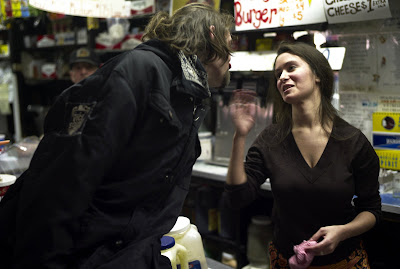 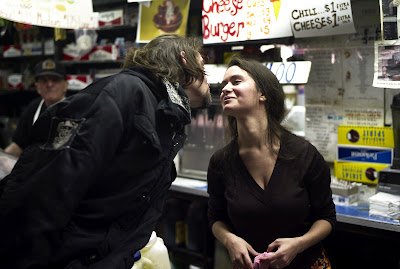 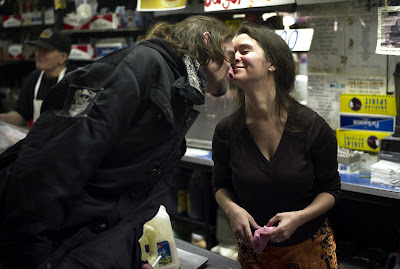 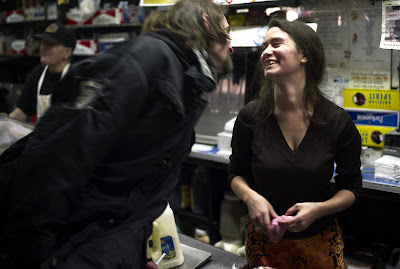 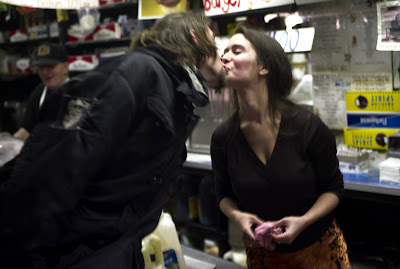 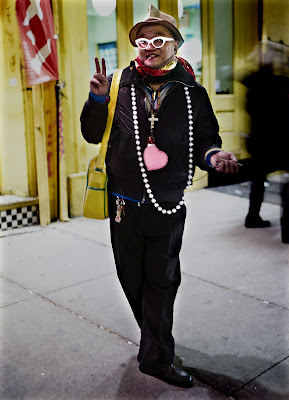 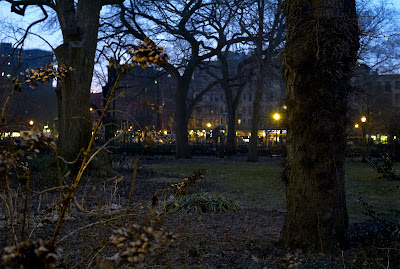 Today Donna Said that Her Former Boy Friend Hit Her 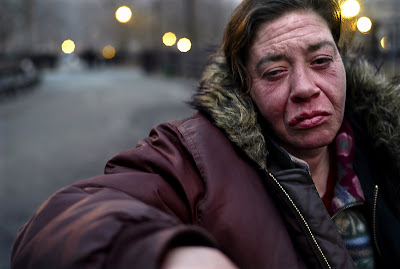 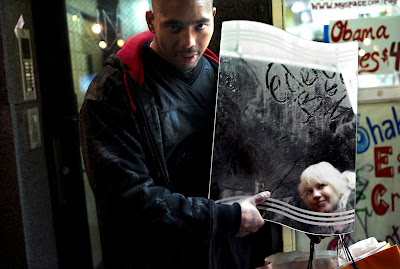 "Choice"is just returned from Rikers Island a few days and is seen loitering with numerous others , not pictured , at Ray's Candy Store . Beer , "Sparks" and cheap liquor stir and roughen spirits . An evening of confrontations and near fights follows and then a mirror appears from somewhere ....
# posted by Bob Arihood @ 1:54 AM 5 Comments 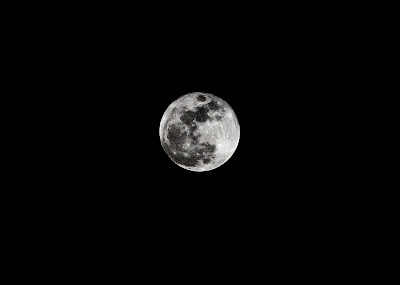 Donna at the Chess Tables ... 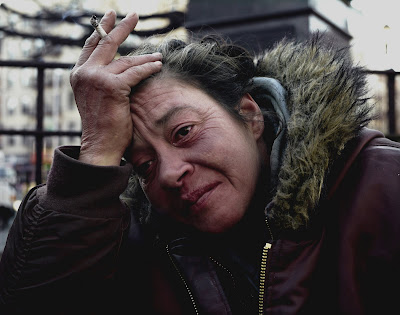 As we passed by the Tompkins Square Park chess tables Donna yelled " take my picture ; please take my picture " . We walked over to her table where she told us that she had gotten rid of her boy friend . He had treated her wrong and since it was her check that paid the rent , she just threw the bum out . Donna was sitting at the chess table trying to celebrate .
# posted by Bob Arihood @ 7:54 PM 2 Comments 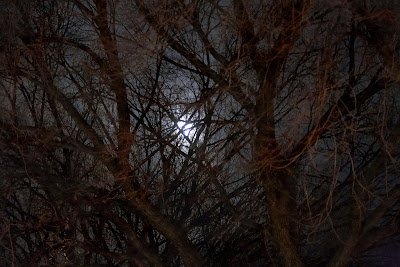 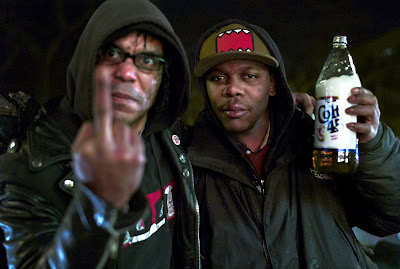 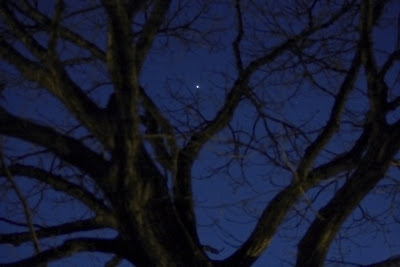 An Update on Ray's Candy Store ... 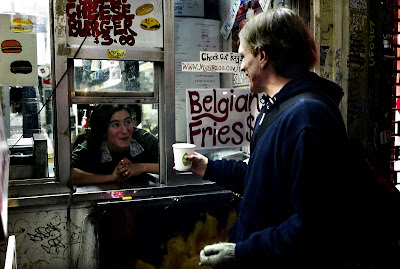 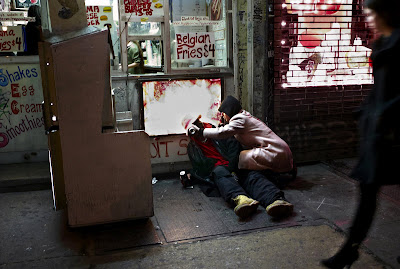 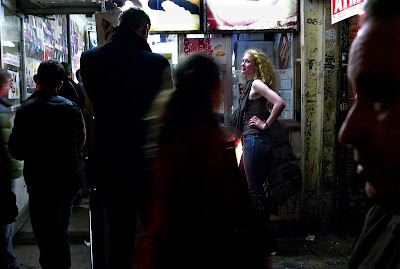 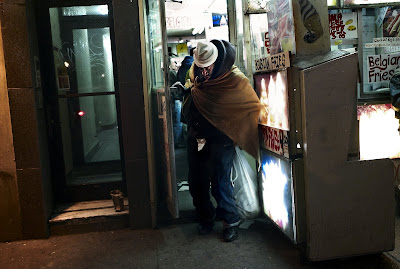 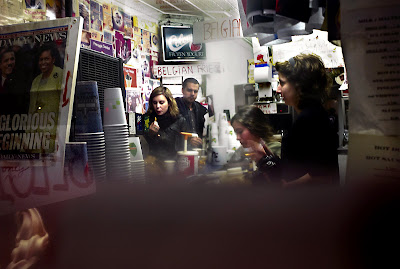 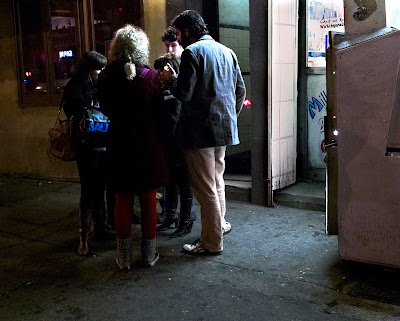 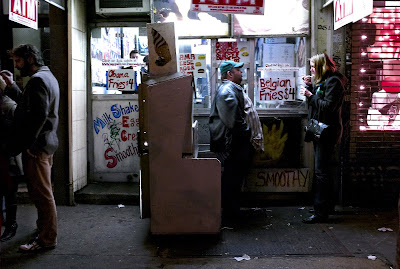 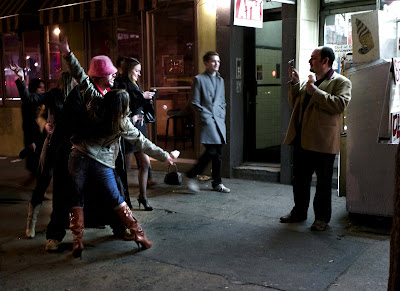 Our new President tells us that we are today facing a great national financial disaster . You wouldn't suspect this to be the case from hanging-out on avenue A this last Saturday night . Though the neighborhood's usual troubled souls were present , most of the crowd on the street was well dressed , well fed , liquored-up and having a good time spending lots of money . This was all good for Ray of course ; he had a solid 6 to 7 hours of continuous business . Amy worked the front counter and in the back Ray fried and fried and fried . All while a photography student photographed Ray's candy store and business operation for a class project .
Though this warm Saturday night helped Ray make some money it wasn't enough to make much difference in his over-all financial situation . He still doesn't have enough money to pay the electric bill or pay the rent for the store . If we have more warm weather he might make enough to just meet these expenses and perhaps a few others too. The rent that Ray pays for his month-to-month lease will be increased by $500 in April .... and there are the payments on the $40000 of credit card debt too .
If Con Ed turns off the electrical service or the managing agent evicts Ray from his store Ray will have no source of income ; income that he needs for food and for his apartment rent . Without his store Ray will be without an income of any kind ; he has no savings ; no other source of income ; not even Social Security . Because Ray does not have the Social Security income that he is entitled to , the loss of the candy store income will mean that Ray will not be able to pay his residential rent or buy food .
Recently several attempts have been made to get the NYC Dept. of Adult Protective Services and the Dept. of the Aging to help Ray obtain his just , lawful SS benefits , benefits that he is entitled to and that he desperately needs . These attempts have so far been unsuccessful ; lots of confusion and excuses but no help .
We recently noticed that our Mayor Mike has been promoting a program to help recently unemployed Wall Street professionals with their problems . With severance pay , a savings account , investments and probably some sort of home to live in , if you are a recently unemployed financial services professional you can go to this site for even more : http://www.careerlinknyc.com/ . Where does 76 year old Ray ; who for now pays rent and lives on left-over hot dogs , potatoes , ice cream and sauerkraut ; go for help ?
76 year old Ray needs professional assistance obtaining his Social Security benefits .

Youths Held by Police for Violent Acts on Avenue A... 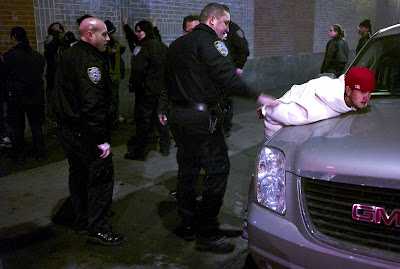 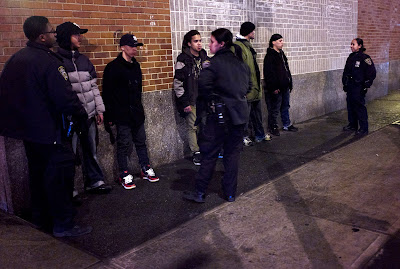 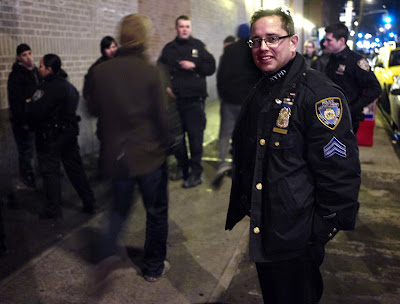 Sunday morning around 2:30 AM at 6th Street and Avenue A police took into custody several youths from uptown that had been ,we were told ,wilding on avenue A . One of the young males was cuffed having been identified as having broken a bottle over a victims head .
We were also told at this time that just down avenue A a bit a stabbing had occurred and that police were looking for 3 Hispanic male suspects .
# posted by Bob Arihood @ 9:03 PM 0 Comments