Halloween at Ray's Candy Store on Avenue A ... 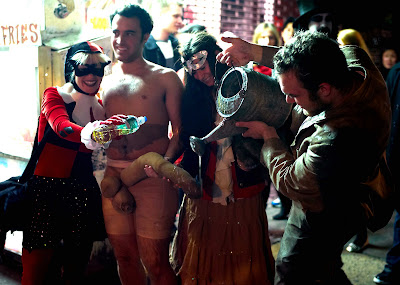 Tableau with sprinkling can . 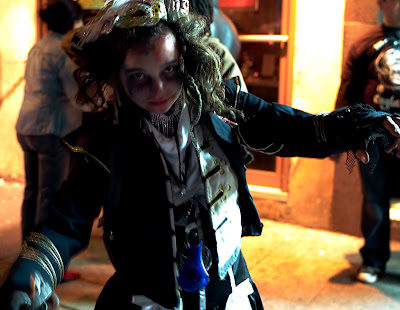 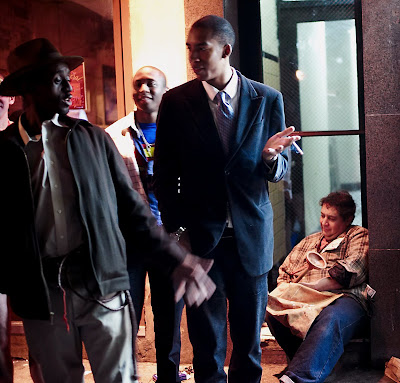 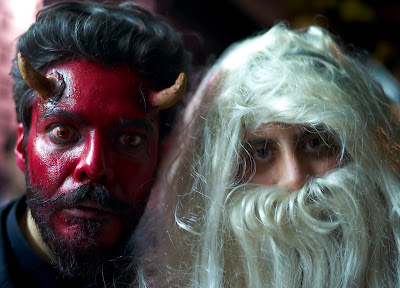 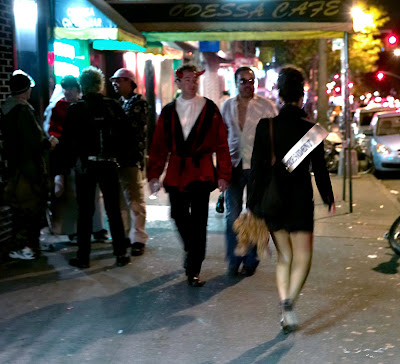 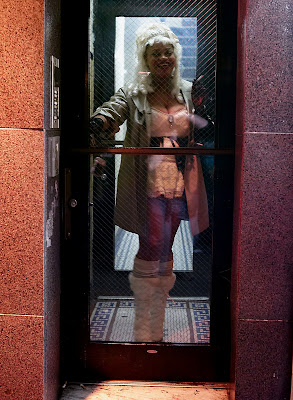 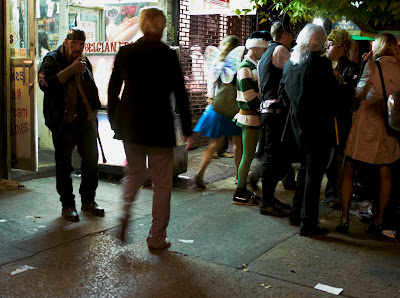 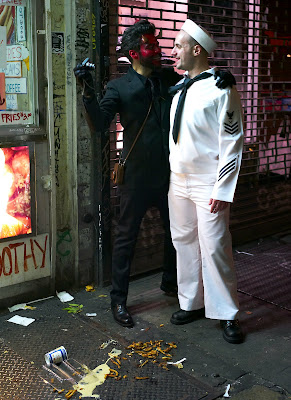 The Devil tempts a sailor 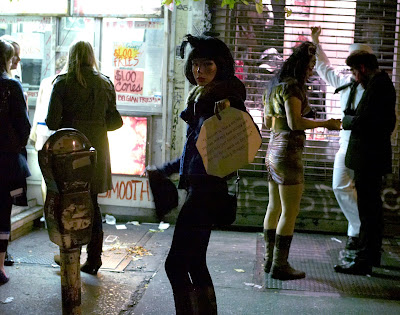 Pussy cat with a message 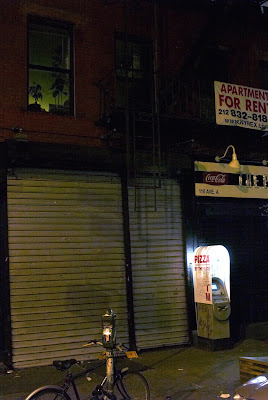 Avenue A after the celebration 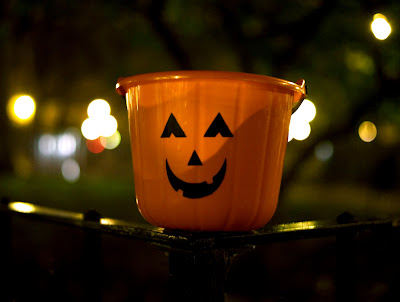 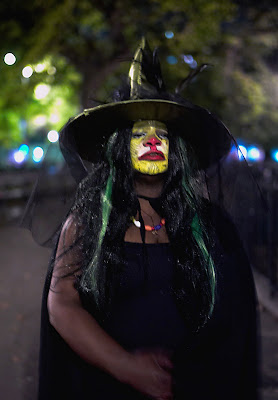 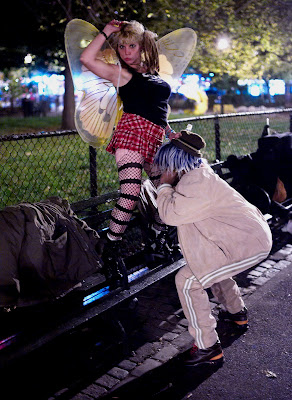 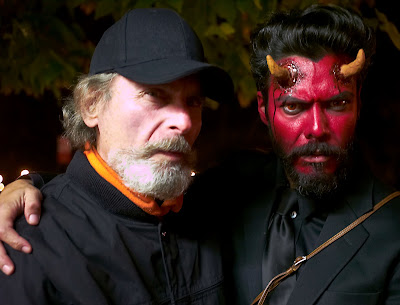 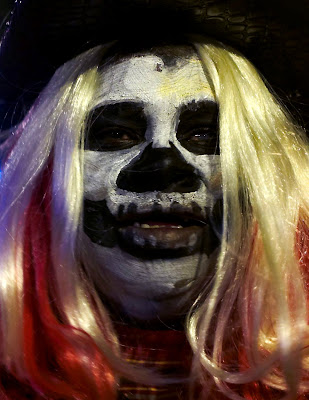 Marlene a day early for Halloween on avenue A.
# posted by Bob Arihood @ 10:26 PM 2 Comments

A Rare Tenebrous Trace of the Shadowy Character Who Predicted it All : "Holy Grail" at Ray's Candy Store 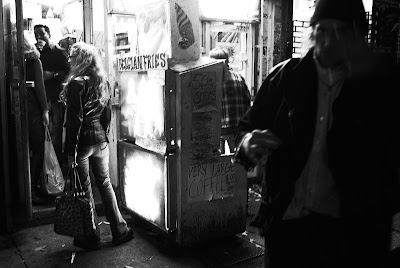 For as long as we can remember they have been with us on avenue A . They have often gathered at Ray's to harangue and proselytise . They are the prophets , mostly of doom , of avenue A .
They have preached tirelessly monitory tales of financial collapse , end-of-times , space alien conquest , collision with asteroids from space , 2012 , take-over of the country by evil corporations and the the evil designs of the Federal reserve bank among other things .
A couple of days ago "Grail " burst into Ray's screaming that he had warned us and that we had laughed at him . He had been right he exclaimed and now it was his time to laugh ; our world was collapsing right before our eyes and we would all suffer the consequences of that collapse . He had warned us of the Federal Reserve , the world financial elite , Wall street and how they would bring about the end of the world as we know it to gain absolute control of the nations of the world .
He is camera-shy , as most of his kind , and often prefers the shadows of avenue A from which to jubilantly shout to us " I told you so ; I was right " .
# posted by Bob Arihood @ 5:08 AM 4 Comments 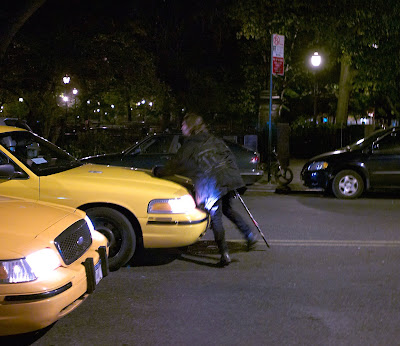 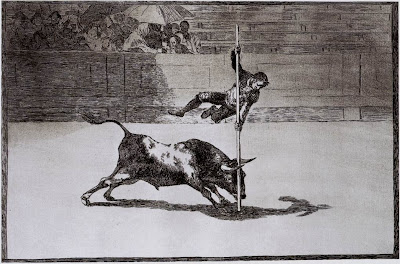 The Speed and Daring of Juanito Apinani in the Ring at Madrid by Francisco Goya
Perhaps our cab obsessed "torero" , L.E.S. Jewels , should take a tip from a pro and use a long pole to vault the cabs running avenue A rather than just brandish his cane and then be struck by one as above . Jewels was not hurt but he did take a hit ; with enough Leeds vodka in him he didn't feel a thing .
This bit of street theater occurred Thursday night after having been released from jail earlier in the day : by mid-day next he was back in jail .
With his inimitable talent for accosting , menacing and attacking the wrong people at the wrong time , Jewels , according to witnesses , grabbed some sort of Federal Officer's blue tie and otherwise menaced and threatened this individual earning himself a ride downtown in police custody and free temporary lodgings in the tombs .
He is for the time charged with attempted assault , menacing and resisting arrest . These charges will likely change some before a final decision concerning Jewels' fate is determined . Jewels' first hearing before a judge will be on 6 November , 2008 . Bail is set at $500 .