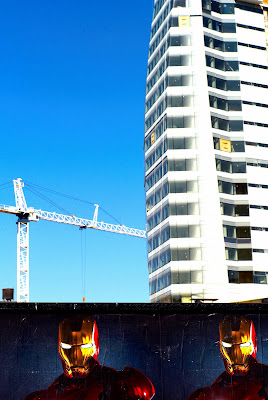 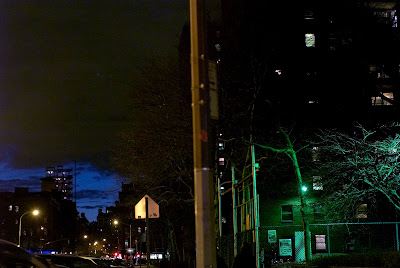 From Tompkins Square Park , Through a Very Long Lens 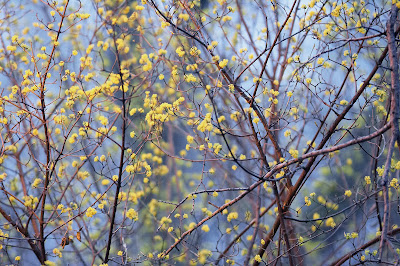 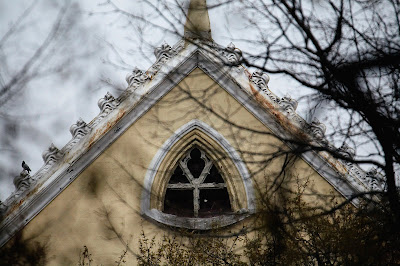 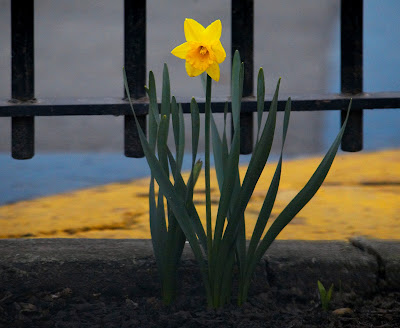 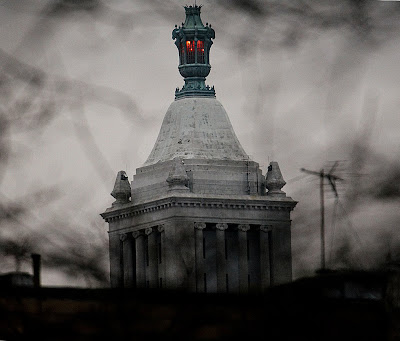 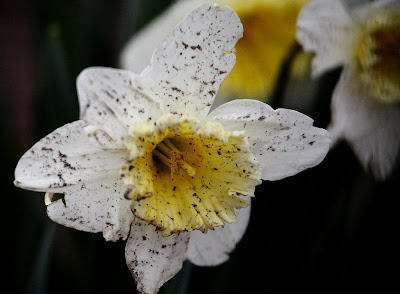 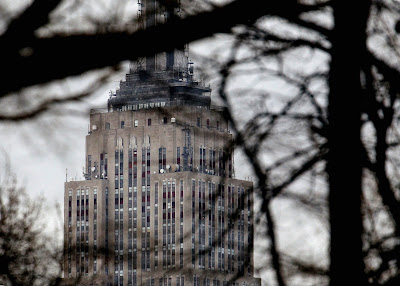 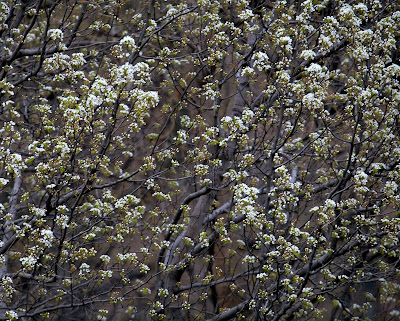 Passing Time , Late-Night , on Avenue A 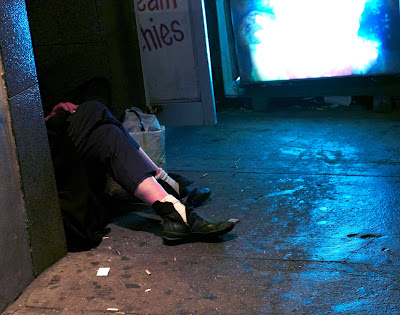 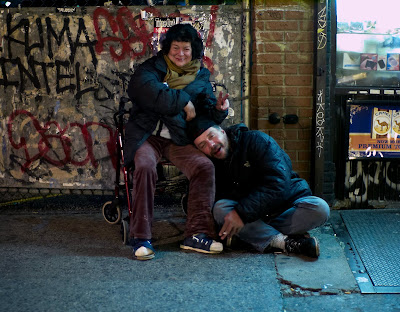 At 5th street and avenue A 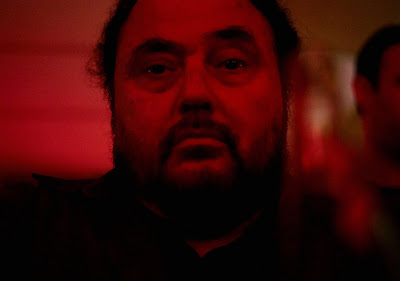 At Lucy's Bar on avenue A 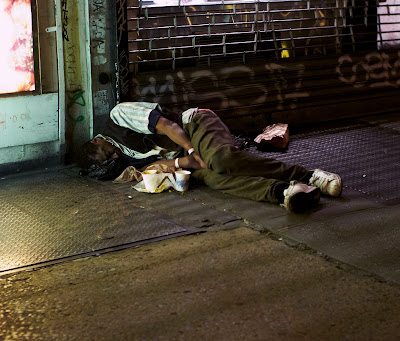 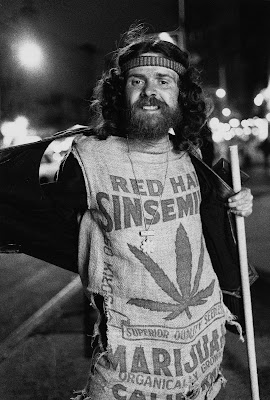 For visually obvious reasons Joe was known by many on avenue A and in Tompkins Square Park as the "Hippy". For some reason unknown to us , still others knew him as "Sparrow" . Joe was a regular figure in the neighborhood for several years . He disappeared 6 or 7 or so years ago . We haven't seen hide-nor-hair of him since .
As his sinsemia-sack frock above suggests , Joe liked his weed .One of Joe's favorite money raising routines included a small hand written sign placed before him on the street which read "Money Needed for Pot Research " . Folks responded and contributed to Joe's personal pot testing program .
Today on the radio news we heard a story about another pot research project . A major university will begin conducting a long term pot research program with paid pot-smokers for test subjects . The program's purpose is to determine the long term effects on humans of smoking pot . The researchers will of course also require a control group which will also be paid for the term of the research project .... they will be paid to smoke cigarettes and drink alcohol .
# posted by Bob Arihood @ 2:50 AM 3 Comments 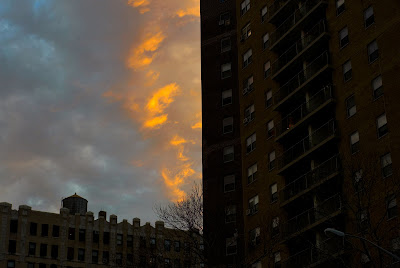 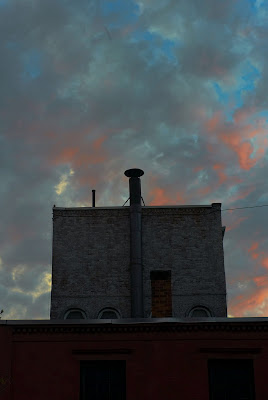 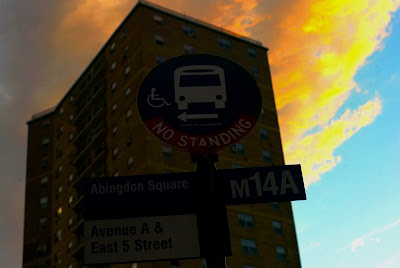 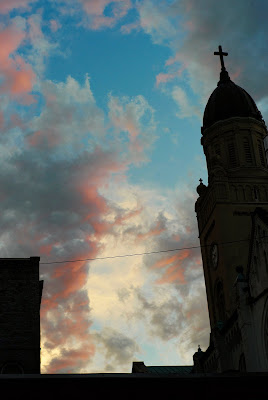 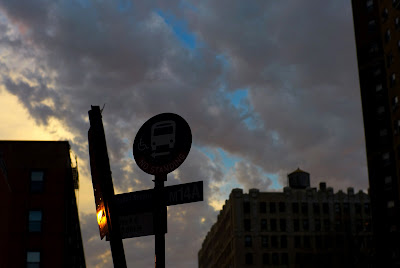