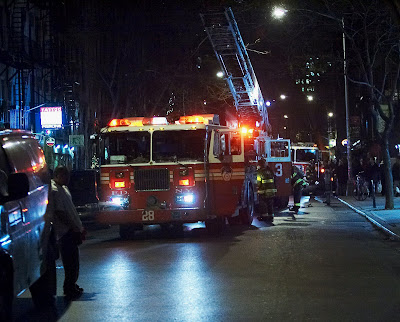 FDNY at the scene after successfully dealing with the fire situation at 120 St. Marks Place . 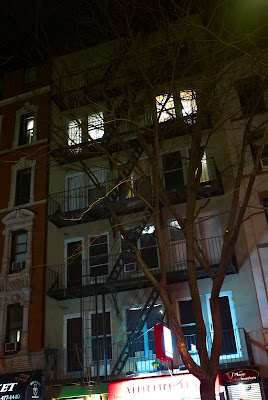 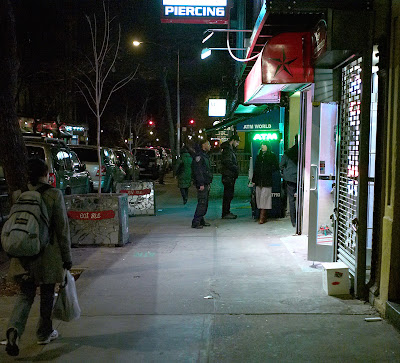 NYPD at the scene investigating the event 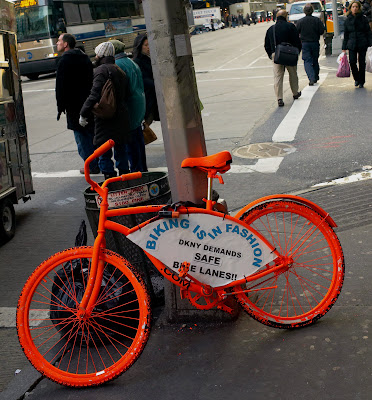 Words , Pictures and Scribbles on a Wall 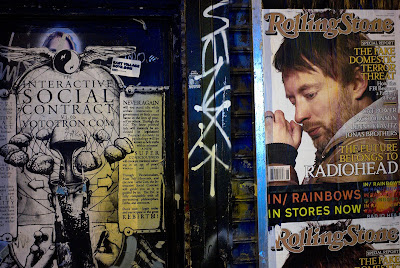 Late Night on Avenue A 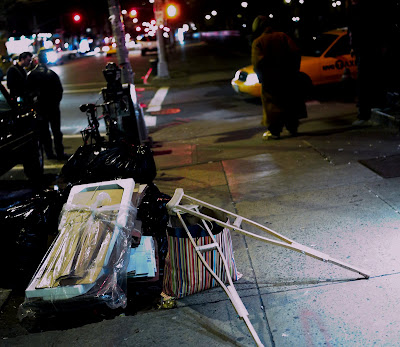 Convenience Store at the Corner of Avenue B and 4th Street is Closed by NYPD ... 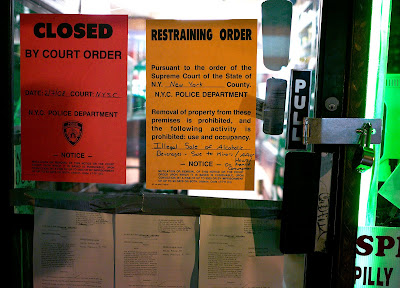 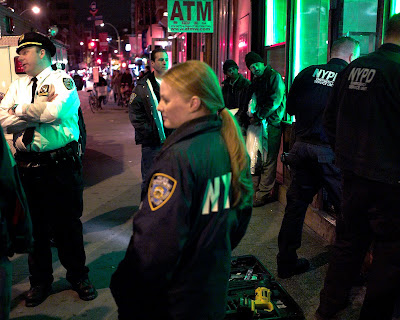 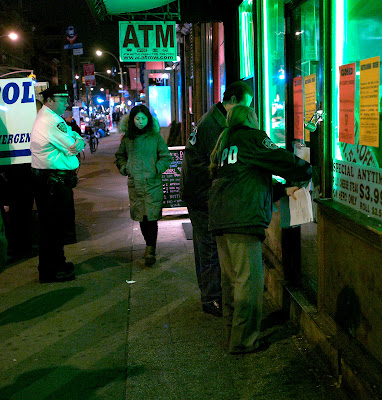 Members of the NYPD Legal Dept. post legal documents explaining the closure of the convenience store for the sale of alcohol to a minor . 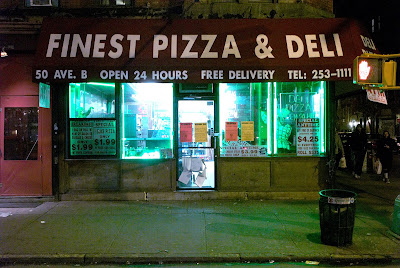 The popular convenience store "Finest Pizza and Deli" at 50 avenue B , the corner of 4th street and avenue B , stands closed by NYPD Thursday night .

Drilling for Gas on Avenue A ... 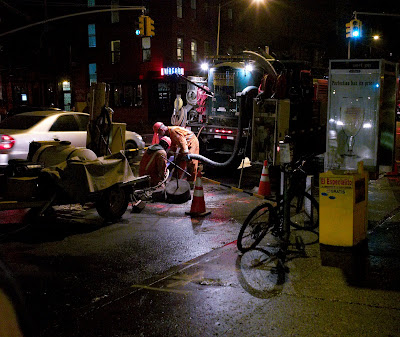 For more than 2 years now Con Edison has been drilling for gas out front of Ray's Candystore at 113 avenue A ....and they keep finding it . Once when we were younger and living in another more western state we were employed drilling for gas . Hole after hole after hole was drilled but we rarely found any gas.
Here at Ray's , Con Edison easily succeeds in finding gas because old , buried gas pipe and fittings leak .
# posted by Bob Arihood @ 11:55 PM 0 Comments

Yes , check it out . Read the comments at both sites .This story refers to some of our pictures that are here on NMNL so we point your attention in it's direction .

We tried to comment at the Observer but their system would not accept our comment detailing the eviction attempt that he unlawfully made at 120 St Marks Place back in March of 2006 . Mr. Shaoul was questioned by the Observer about what we pictured that day and has his own inventive take on it all . You can read and see our take on it all complete with pictures right here at NMNL .

Take a look at the comments with the Observer story . Amazingly there are folks out there that persist in believing that this guy is a sweet , modest , innocent young miracle working Boy Wonder : our experience with him at a distance and up close and personal is quite to the contrary .

Use the "Blogger" search feature in the upper left-hand corner of the page to explore the assembled posts concerning "Benjamin Shaoul" and "120 St Marks Place ". Have fun comparing and contrasting NMNL and the NY Observer on the subject of Ben Shaoul .

"Google" and "Yahoo" him and his company Magnum Management too. 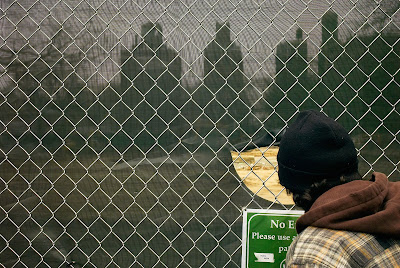 Today our gaze above is on a green veil , a vague urban skyline and an umber , scarred bit of earth where once there was a perfectly satisfactory and functional fountain .
Someday when all work is done in this park , someone's obsession with their special mind's-eye view of a fountain , arch and avenue will have been made manifest ... with a fountain , an arch and 5th avenue all precisely in alignment .
In another time someone in another great city had an obsession for a special mind's-eye view of a great basilica . In Rome Il Duce demolished a whole section of Roman buildings , and the mystery that dwelled with them , to provide a broad , open and direct way of procession ( the Via della Conciliazione ) to , through and past a series of more-or-less aligned objects ... an obelisk , an elliptical colannade enclosing Saint Peter's Square and Saint Peter's Basilica .
Most who dwelled in Rome then and most who live around Washington Square Park today did not want their urban neighborhood changed radically to make real some elite's eccentric and tedious vision . But , here and there , then and now , political elites have the power and they seem to inevitably prefer obviously simple geometries inscribed large on grand scale . .
# posted by Bob Arihood @ 6:39 PM 2 Comments