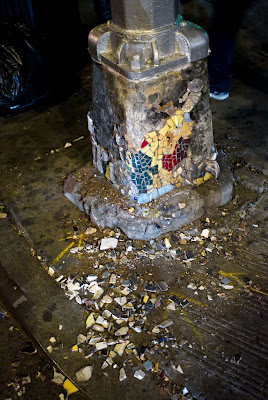 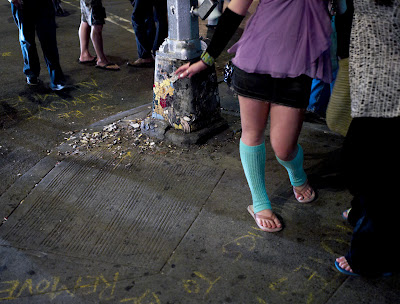 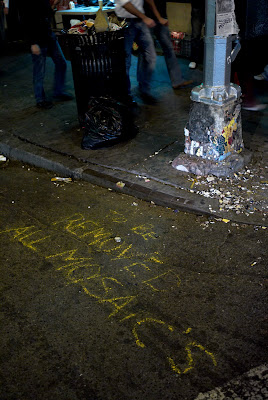 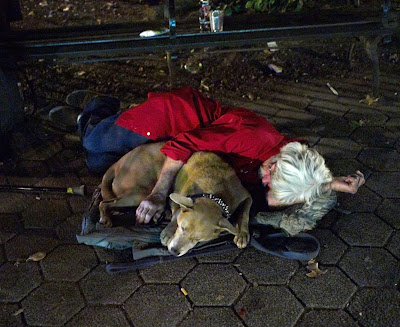 This afternoon Jim the creator became Jim the destroyer when in anger , overwhelmed by considerable frustration and hopelessness , he destroyed one of his mosaics at the corner of 3rd avenue and St. Marks Place.
Perhaps an attempt to take back something that he had freely given feeling that no one really cares all that much for the gift that he has given this city ; that now when he needs help no one cares enough to help . Of course many do care about Jim and his mosaic trail but....
Jim and Jesse Jane slept again tonight on the ground in Peter Cooper Park .
# posted by Bob Arihood @ 2:09 AM 9 Comments 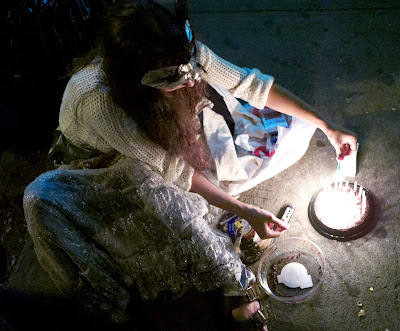 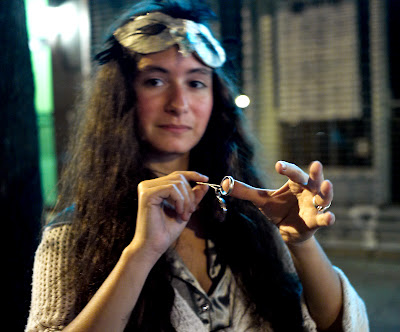 Though L.E.S. Jewels was in court yesterday he was not sentenced ; that will perhaps happen on his next appointed day in court ,18 October 2007.
After stuggling to get all 38 candles on the very small cake and then lit with only a few singed fingers , Amy , while apart this evening from her incarcerated Joel , celebrated his 38th birthday with some passers-by and friends on avenue A .
# posted by Bob Arihood @ 1:54 AM 1 Comments

The Portraitist Draws the Picture-Taker ... 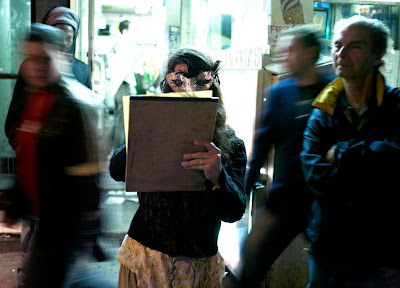 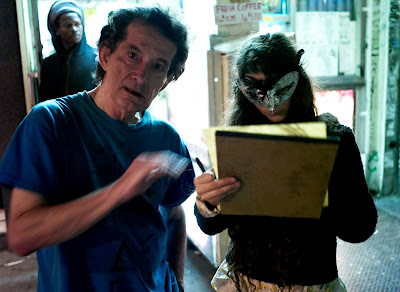 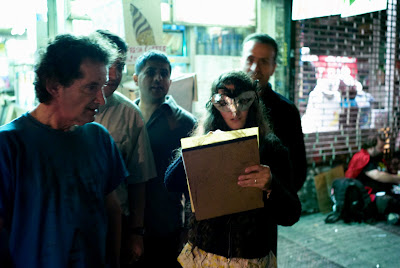 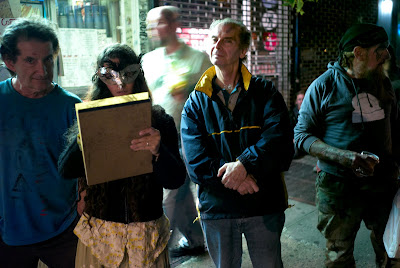 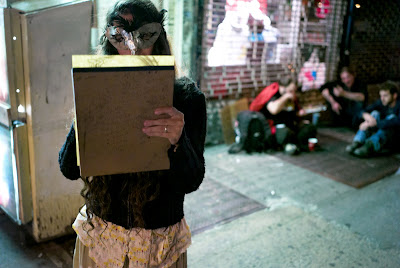 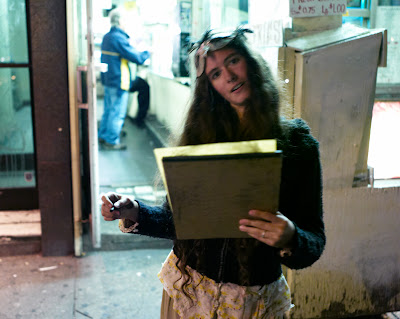 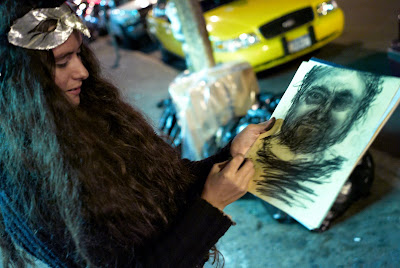 This morning her husband will walk from his cell in the Manhattan Detention Complex to a court room where he will appear before a judge to learn what he will be doing for the next few years . He will be sentenced this morning , 19 September 2007 .
Her name is Amy and her husband is of course the infamous L.E.S. Jewels whom she refers to by his proper name , Joel . These are certainly not good times for either Amy or Joel .
Amy was last seen here on NMNL in a series of 3 posts from last 20 June 2007 titled " The Wedding of Amy and Jewels " .
Last night Amy wandered down to Ray's Candystore hoping to find some friends to be with during this very difficult , sad time .
Having some charcoal and paper with her , Amy decided to draw a portrait of the picture-taker ; the one who takes so many pictures of so many people at Ray's .