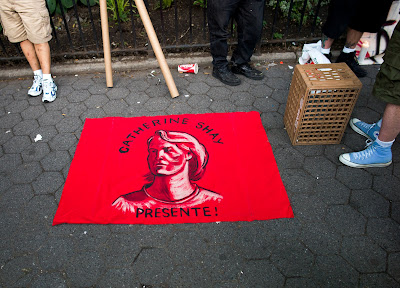 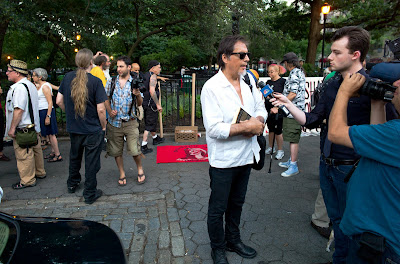 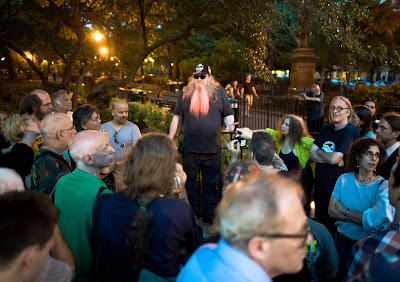 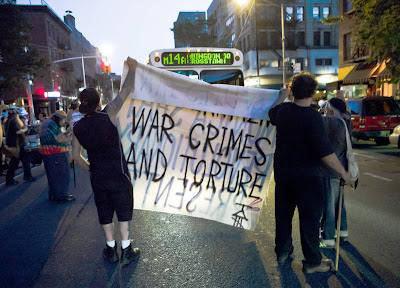 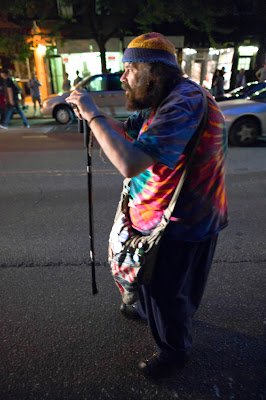 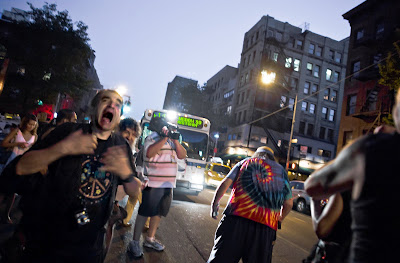 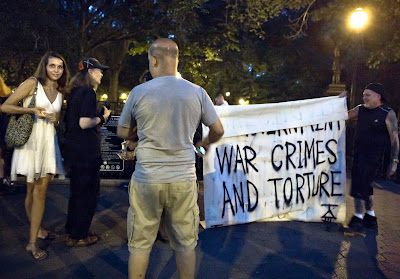 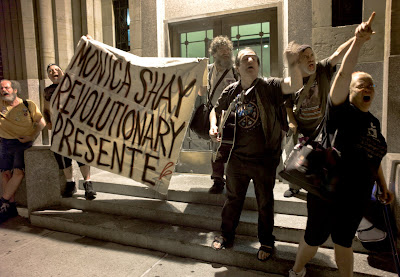 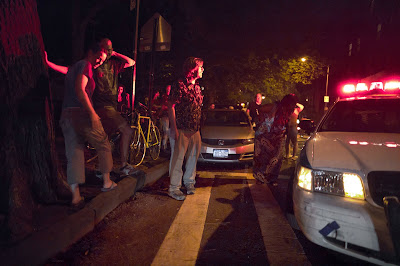 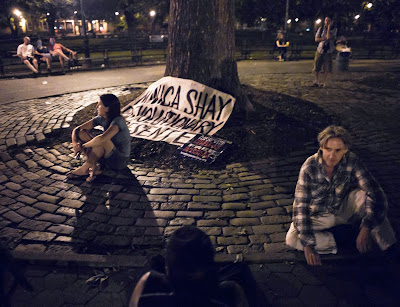 Saturday evening friends of Monica Shay gathered for a memorial near the entrance to Tompkins Square Park . As the evening progressed several of the elder East Village activist/revolutionaries took banners to the street stopping , among other vehicles , a city bus.

For a short time the event in the middle of avenue A was every bit a traditional East Village protest with all the proselytising rhetoric and theatrics . Rather than running wild in the streets though , the revolutionary corp took a less challenging walk through Tompkins Square Park to the iconic East Village symbol of capitalist oppression , the Cristadora .

Some what late in the progress of the protest  police did arrive on avenue B where the protesters were blocking the entrance of the Cristadora .The protesters slowly dispersed with some returning to the center of T.S.P. to continue the memorial .No one was arrested.

FYI bob I hear the bicycle store thief on 4th street is dead, heart attack in the store., the son not the father

Yes Melanie for a few moments , a flash , it was just like the old days in the EV.

"Rather than running wild in the streets though , the revolutionary corp took a less challenging walk through Tompkins Square Park"

Peel and the Pieman's running days are long gone.
Perhaps these revolutionaries can shuffle wild in the streets in their orthopedic shoes ;)

...pretty sad...i thought this was supposed to be a memorial for Monica Shay...

...it pretty sad that a memorial for Monica Shay...turned into a self-promotional and camera chasing egotistical opportunity for a couple of idiots....

Why memorialize someone sent by the RCP (Revolutionary Communist Party) to infiltrate the Tompkins Square activist movement in order to recruit for the RCP and glom onto demos and actions organized by others?