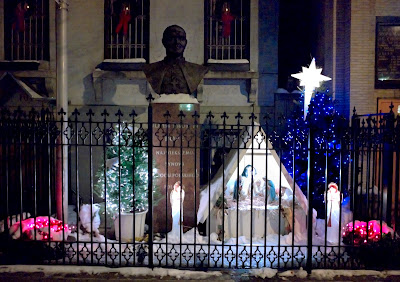 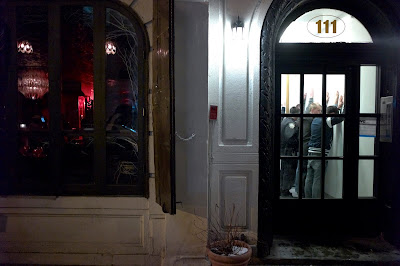 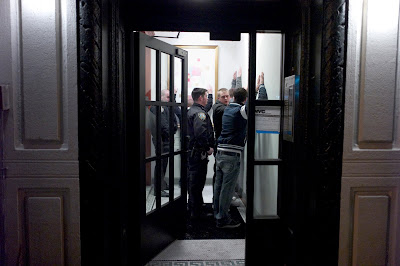 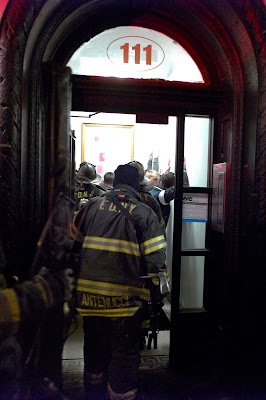 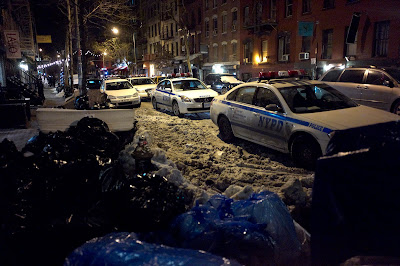 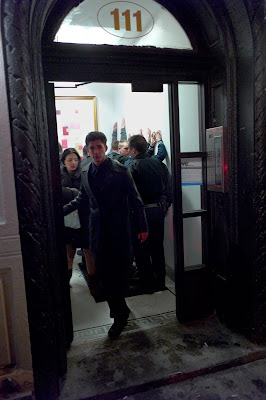 On 7th street the brightly lighted creche and Christmas trees beneath the bust of Pope John Paul II quietly celebrated Christmas .Three doors to the east though another celebration apparently had not been so quiet .
Just after midnight Wednesday morning , right next door to the Bourgeois Pig at 111 East 7th Street a peculiar holiday situation evolved . As 4 cars full of cops put half a dozen or so young males up against the entrance wall a fire truck full of firefighters could be seen entering the same entrance .
From what we could learn at the scene there had been a big holiday party happening on an upper floor of 111 East 7th Street . Some of the male celebrants seem to have become a bit too rambunctious and police were called to the hectic scene . Some trying to leave the party were trapped in a malfunctioning elevator that stopped before reaching the ground floor thus FDNY was also called to the scene .
As the fire fighters entered the building to free the folks trapped in the elevator , the troublesome male revelers were being detained in the entrance to the building with their hands high up on the wall . At this time a number of the more cautious folks at the party , certainly not wanting any trouble with the police , having descended the stairway were also seen exiting the building by way of this same entrance creating considerable confusion .
No one was arrested nor did it seem that anyone was injured .