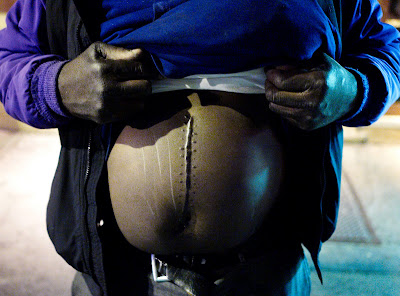 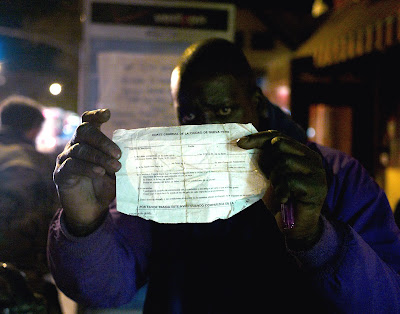 A short time after the photos were taken the guy above threatened a couple with a knife , demanding a sausage with cheese from them . They, with little fuss , complied procuring the desired item from Ray at his nearby candy store ; then quickly , trepidly handing the sausage to the avenue A highwayman and fleeing .
A few minutes after our waylaid couple scurried off into the avenue A night our felon approached several of the locals on the avenue offering to exchange his snack for the money to purchase a beer . No one was interested in such a deal .
# posted by Bob Arihood @ 3:36 AM

Comments:
Damn, this blog is amazing.
Greetings from a soon-to-be-gentrified neighbourhood somewhere in the world!

He could've had fries with that!

True if he had been a bit more aggressive and demanded them .