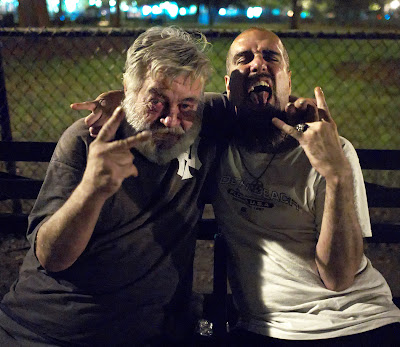 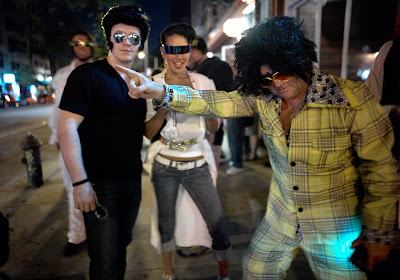 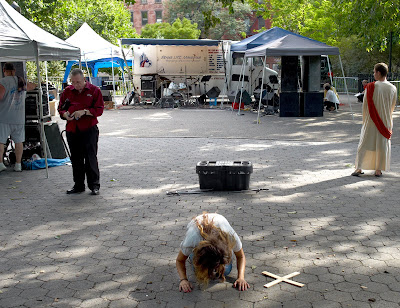 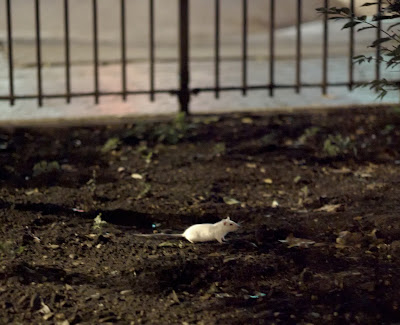 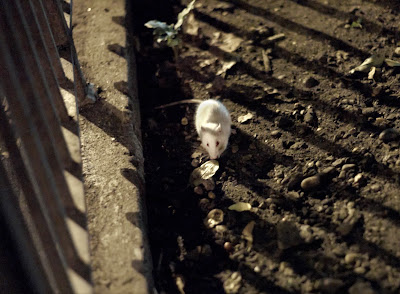 A Candle and Petals for Merlin 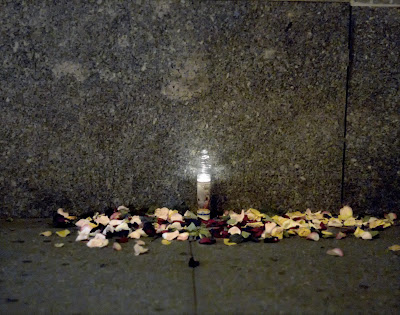 Every August 16th since Merlin's (a.k.a Paul Hogan) death on August 16 , 1996 someone has placed a candle and petals at the site of Merlin's encampment at 6th Street and Avenue A.

Late Monday evening the Flea Market Cafe remained cordoned off by a yellow crime scene tape . An NYPD Crime Scene unit accompanied by several other police vehicles was parked on Avenue A in front of the cafe . The cafe had been cordoned off since early Monday afternoon after a small and apparently suspicious fire was extinguished by FDNY.Around midnight the police vehicles left the scene and Flea Market staff began cleaning up the mess created by the fire. 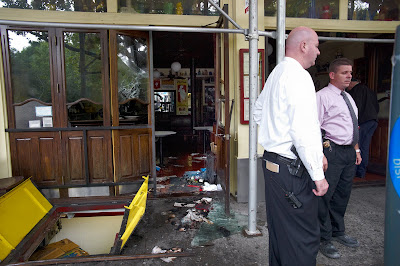 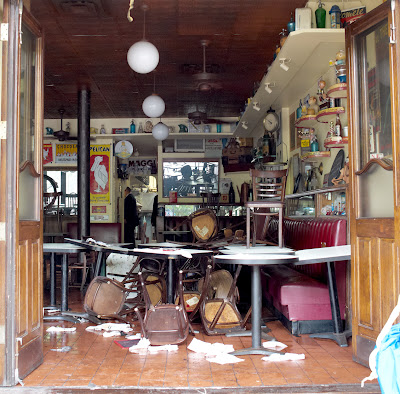 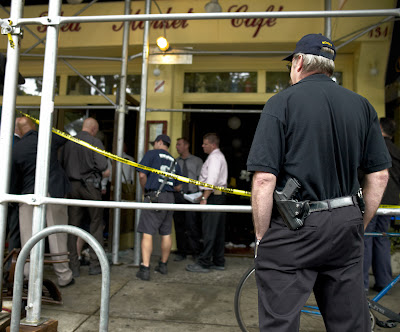 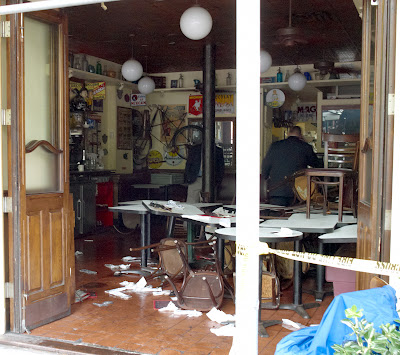 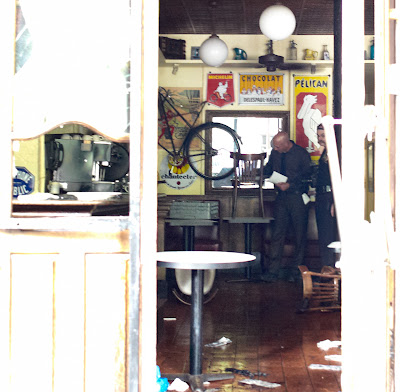 Early Monday afternoon a small fire was extinguished by FDNY near the bar at the Flea Market Cafe . The blaze did little damage and was extinguished quickly with little trouble  though one firefighter suffered minor injuries .

After the fire was extinguished fire marshalls were seen examining the fire scene . We were told by FDNY personnel "we're lookin' for somethin' ".

Monday Morning on Avenue A 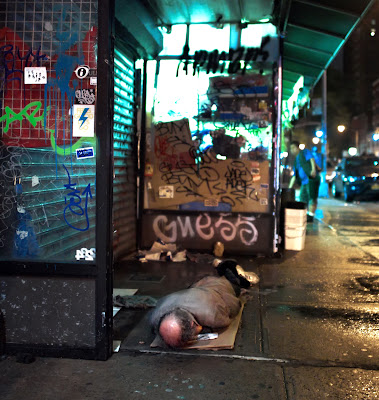 Saturday Night on Avenue A : Woman with a Sledgehammer 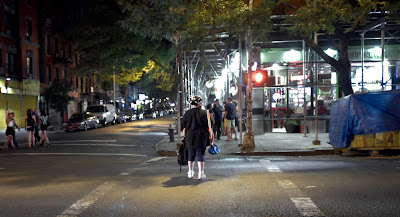