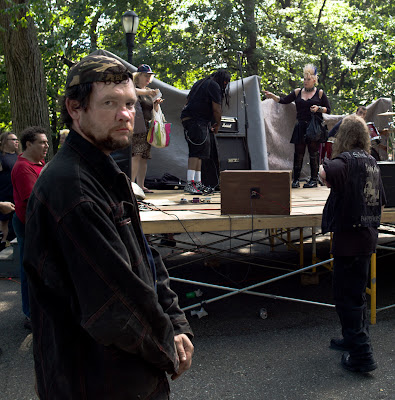 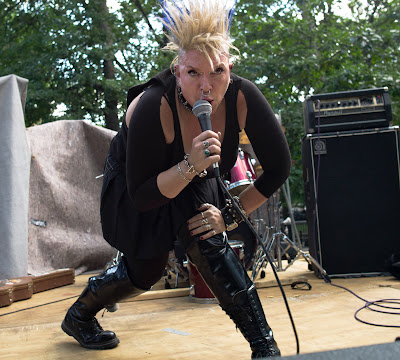 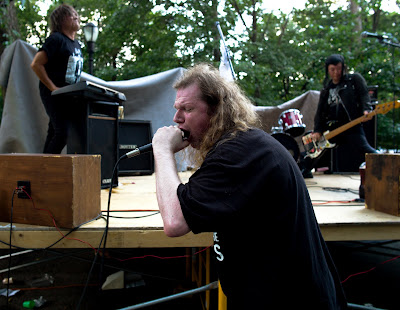 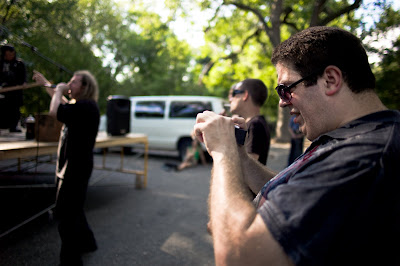 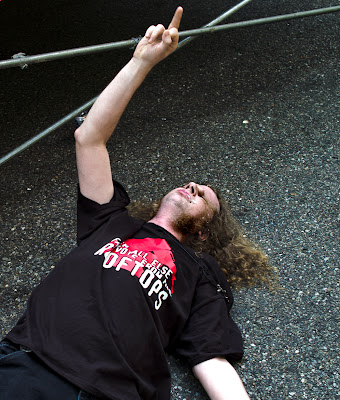 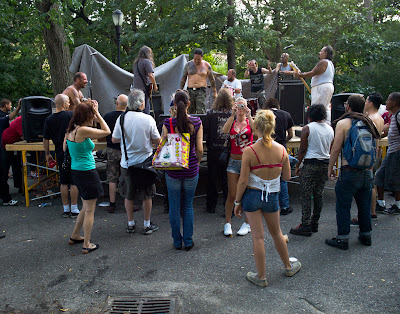 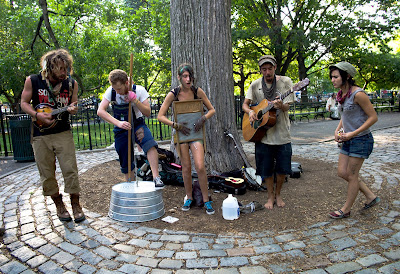 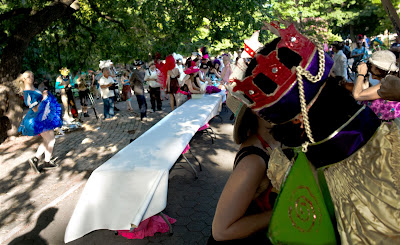 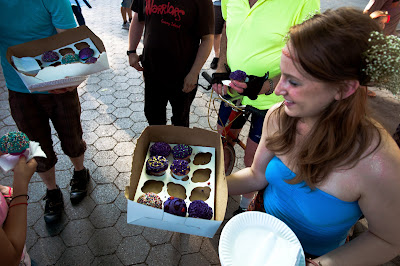 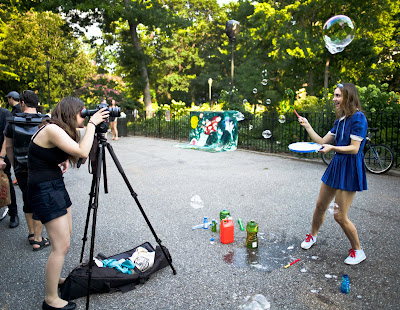 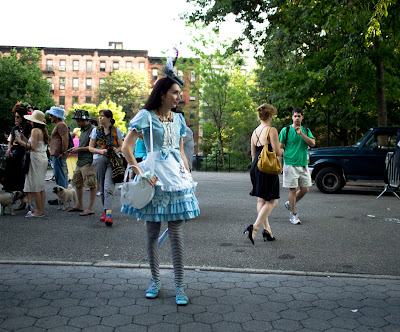 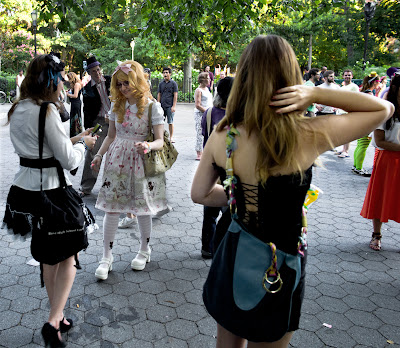 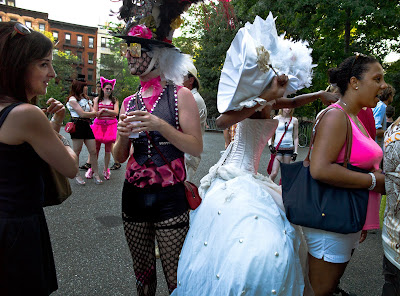 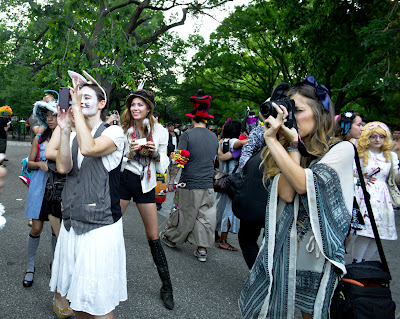 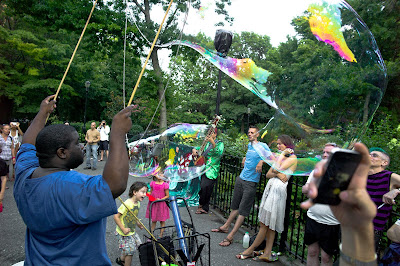 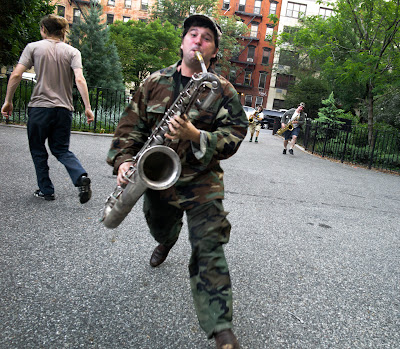 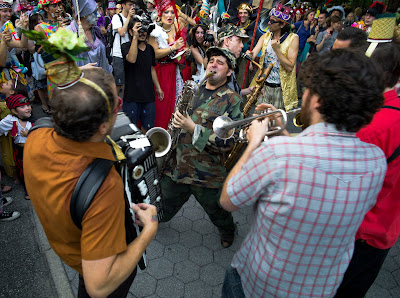 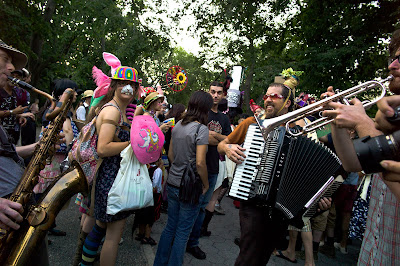 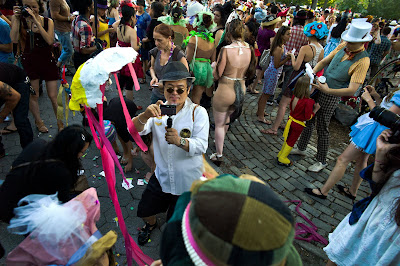 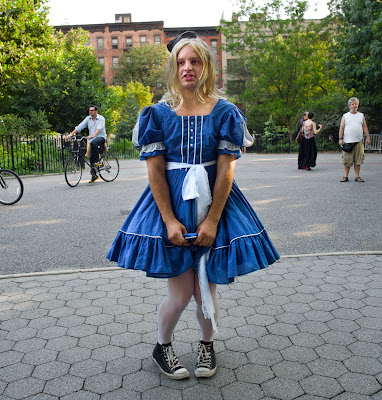 Another old style hard core concert afternoon in TSP Sunday .Some Crustys asked for some time on stage too .They were denied the use of the stage so after the concert  they performed acoustic at the roots of a large elm tree . Some of the Old School objected to their presence and let them know it .One of the Crustys was punched in the face , they all left immediately .

After the concert , the afternoon segued to a colorful catharsis for a more bourgeois group of 200 or so at the Mad Hatter's tea party .Alice of course was there , dressed in blue .Towards the end of the tea party a guerrilla band of saxophonists that call themselves the Baritone Saxophone Army  crashed the tea party. Music was made , the Red Queen gasped.

Comments:
Sorry I missed all the fun!!!Nice photos Bob.

Ah! I was in Connecticut and missed the Tea Party!
Was funny last year. The cops looked so confused.

Wonderful photos and I'm glad music was made. Beats the shit out of listening to Lady Gaga on an iPod!

The last pic was the best! Black Ops Bob in the back ground with gender confused Alice in foreground. Absolutely not a gosh darn thing has changed since I left. Just priceless Bob......