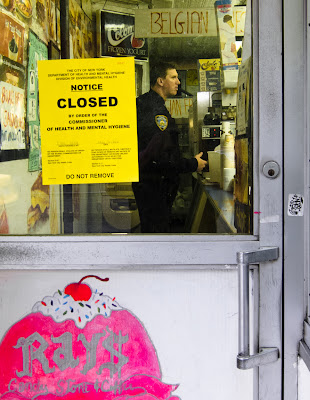 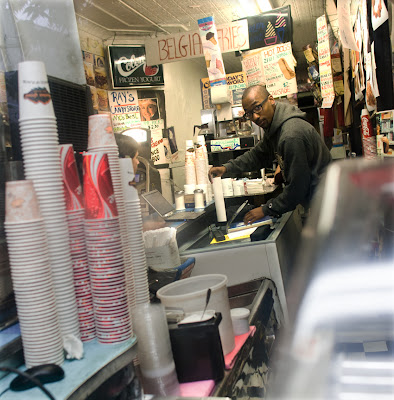 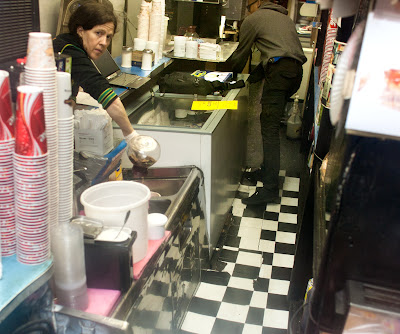 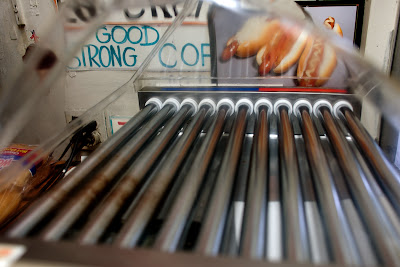 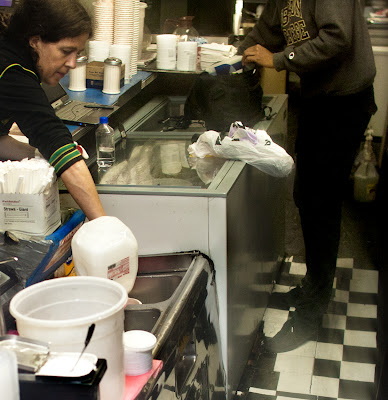 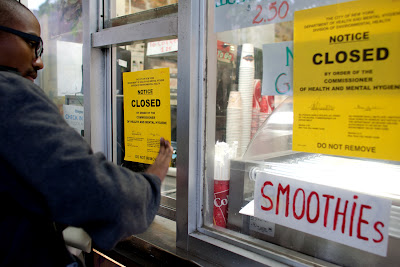 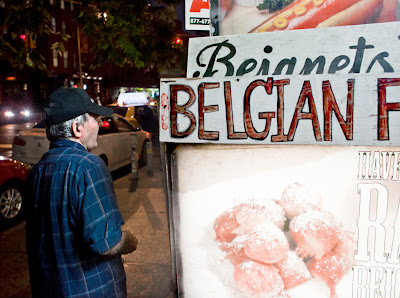 Comments:
Worse news I have heard all week by far. And maybe too late for any benefits? If he reopens maybe we can try to raise money again..my band will play as will many others as before..Maybe Theater 80 again..or theater for the New City..sigh..

That really sucks. I hate those people. Why can't they just leave him alone? Nice reporting, Bob!

Really great reportage and photos, Bob! Such a horrible situation. How does one so quickly go from 15 points in November to a close order in May? Wishing the best for Ray- just wish there was something I could do to help. Would raising money/throwing a benefit as Eden suggested help him get out of the DOH situation in time? Perhaps help him get an exterminator and things he needs to correct the issues?

Lindsay , all I know is open food containers and mouse shit count toward a closure .The multiple violations add up to closure .Its an unforgiving world .

I think it is safe to say that anyone eating anything at Ray's understands, accepts, and embraces the risk. Health inspections exist for a reason, but they could just make an exception and leave Ray alone. When Ray's is gone the obnoxious, self-entitled zombies cruising up and down Avenue A can enjoy the cleanest little Cupcake Shop or Hipster hat store in the city. But for now, just let Ray's be.

I have no idea if the original closure was warranted, but its not wise to keep operating once the DOH has shuttered your business.

I have nothing against cleanliness. I like to see my elderly, immigrant neighbors sweep their stoops in the morning. This is Old World tidiness, not the same as New New York sterility. A little dirt is good for you--keeps the immune system strong. Today we're besieged by germaphobes. Their fearful suburban parents taught them to slather themselves and everything around them with antibacterial agents. Vongerichtification is their way of cleaning up the city.

walk around... look at all the grade pending signs.. it means they are being extorted. Just look at how many.

will mr Penley, help out on this as this is the heart of the les

@Anon 12:01, the grad pending signs simply means that the establishment didn't get the grade they had hoped for and the DOH is giving them another chance to clean up their act. It's not a sign of extortion.

...and just what do you think gets an establishment "the grade they had hoped for"?

...or giving the inspectors some "consideration" which results in that "mouse shit" never being found.

You've obviously never been in the food service business, or any other 'inspected" business, in NYC.

I'll show you my Food Protection Certificate if you show me yours.