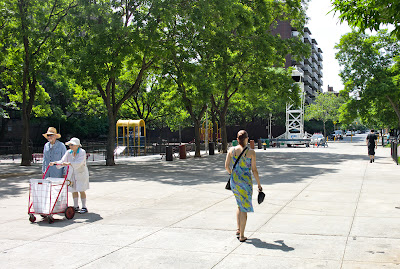 Comments:
Thanks for posting, I wondered why the police were suddenly present in Campos Plaza. About a month ago the the circle was yellow-taped and two cruisers were parked there keeping people out of the area. Then that big viewing platform appeared.

dianeb , from where I stand I see some problems ahead in the EV . People should know about this and should be talking about it all .

Marty , there's more to come . More is happening than is being reported . Especialy in parts of Brooklyn .

Last night I had some serious encounters with some elements of the problem . Glad the cops were there

This is all good to know Bob. Sometimes I feel like I drift into a false sense of safety, I'll keep my eyes open around the EV when I'm there at night.