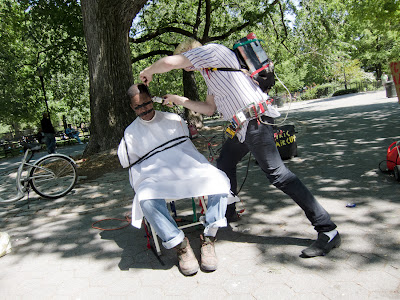 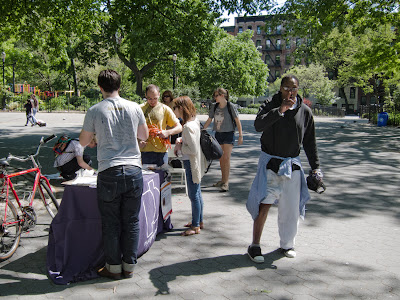 Comments:
But why is he gagged? Seems weird to me. EV Grieve had a bound man getting a trim. What's up with that?

Sounds like Cochise finally got clipped. Talk about a hair-raising art show! (Sorry, I couldn't help myself.) Glad I missed the amplified clipper noise, I'd much rather hear the soothing sounds of "Oooooh," from Floyd the Barber.

I was sitting in the park not far from this event and the noise was unbearable and annoying.

Mick , I have no idea why he is restrained and taped .this custodial aspect of the project does nudge one to the questioning stage with this little whatever . .

I won't say nuthin' about hair raising happenings . Its OK to let yourself go when ever you want.These things have to be said