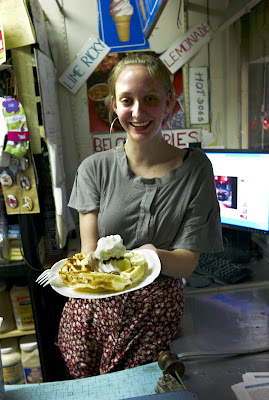 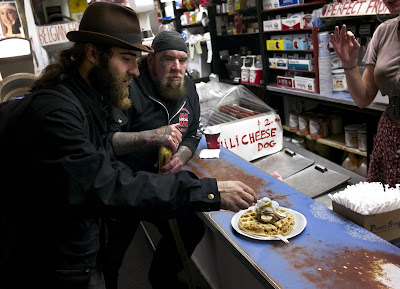 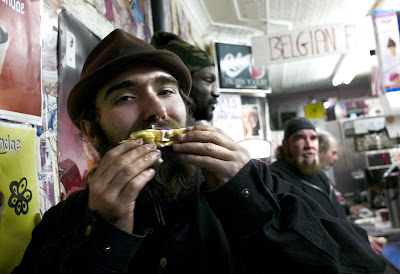 First it was Belgian Fries now its Belgian Waffles at Ray's . This most recent gustatorial delight comes topped with a variety of tasty goops , creams , syrups and fruits to suit the most discerning of tastes . The customer can even choose Ray's own organic Maple Syrup .
As can be seen above , tonight's first customer to taste the new Belgian Waffles was watched intently by Biker Bill . Bill right away called for his own waffles which he happily wolfed down in true biker style .
# posted by Bob Arihood @ 4:16 AM 9 Comments 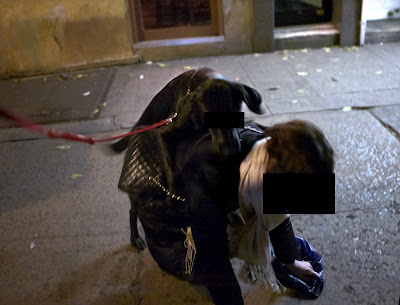 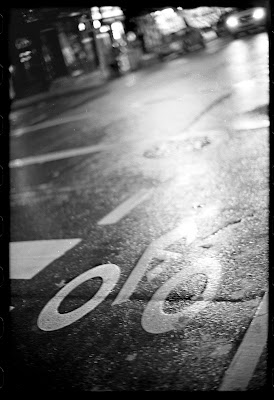 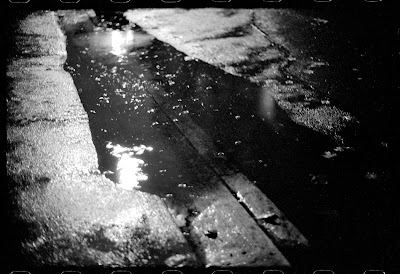 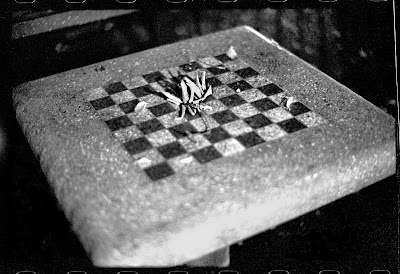 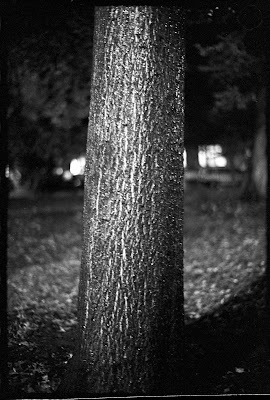 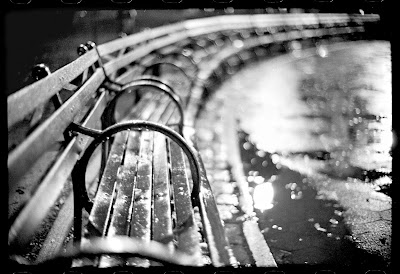 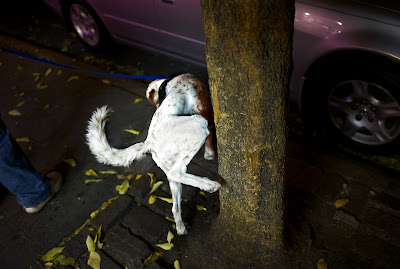 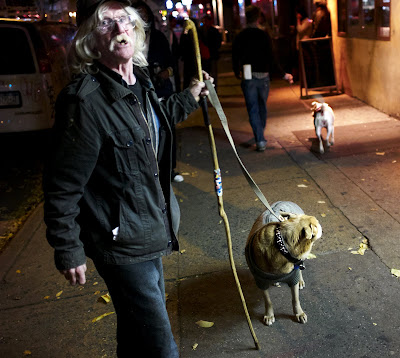 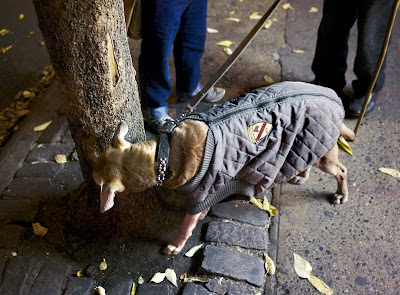 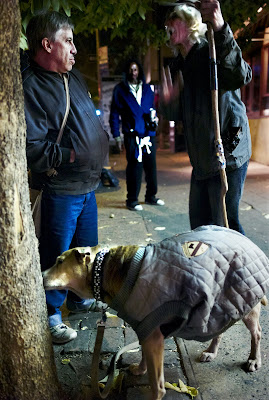 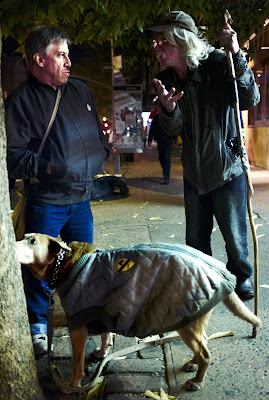 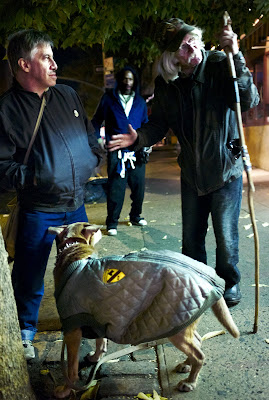 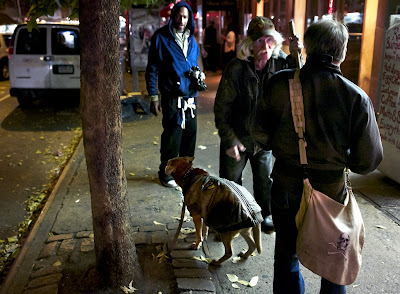 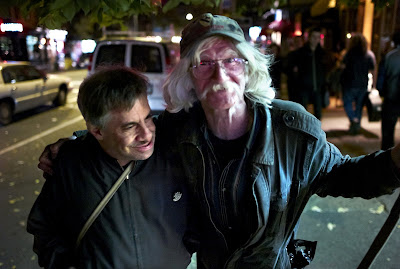 Beer in hand , a well soused Cochise glared , jabbered and slobbered in response to all the entertainment at Ray's tonight . Tonight Cochise was charmed by an animated Mosaic Man haranguing Trotskyist Karl as dogs pissed and sniffed .
Last week Marlene (a.k.a. Hot Dog ) was returned to jail . This time her incarceration is on Rikers Island and will amount to at least 30 days . She was taken into custody by police on 2nd avenue . According to her friends , her crime amounted to pounding on a door with an onion. Marlene just 2 weeks ago spent a long week end in jail for disorderly conduct .
As we have shown here several times this summer , Mosaic Man has been living on the street . But for the last month or so Mosaic Man has been domiciled in an RV on St Marks Place . We do not know how long this domestic situation will continue .
A few weeks ago we reported that Cut Man Eddy was arrested at the corner of 7th street and avenue A . Most thought that the Cutter would be gone for a while but last night we saw him on avenue A . Some present paid their respects welcoming him back to the street . 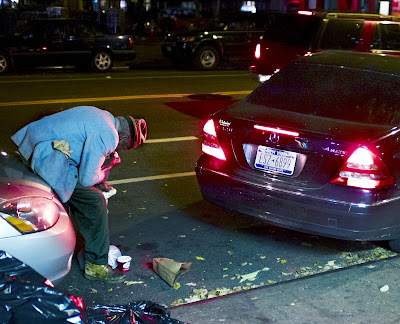 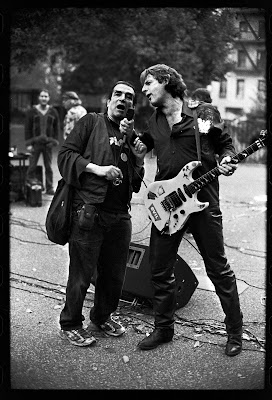 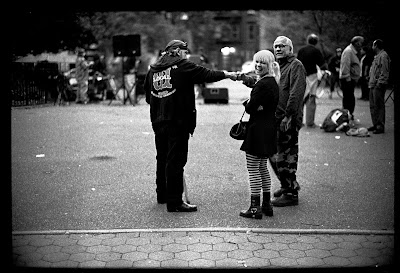 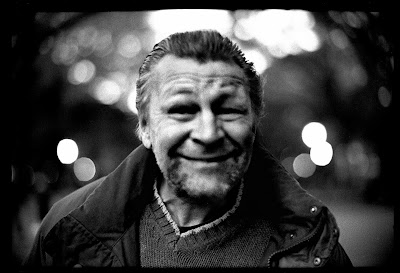 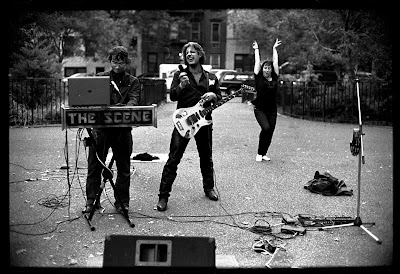 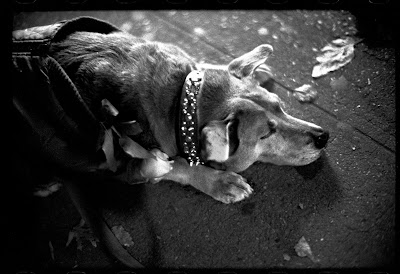