First of 2 Weekend Concerts Celebrating the 21st Anniversary of the TSP Riot . 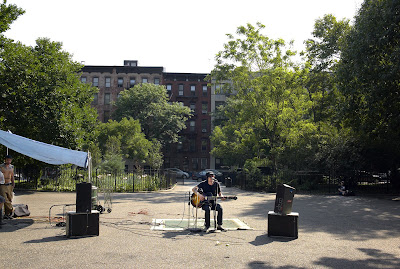 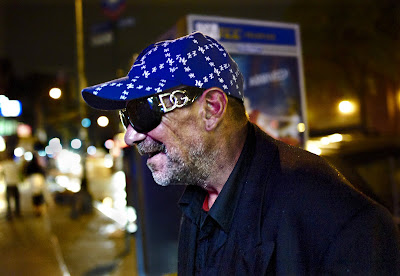 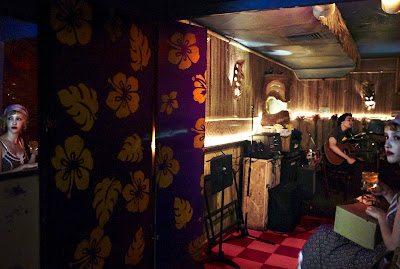 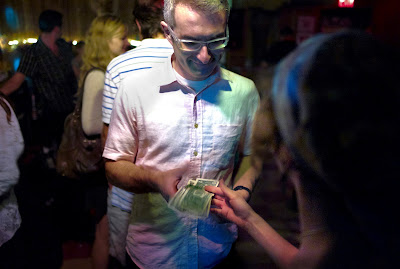 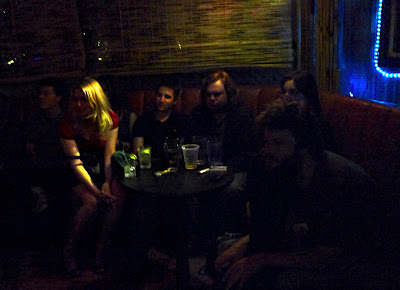 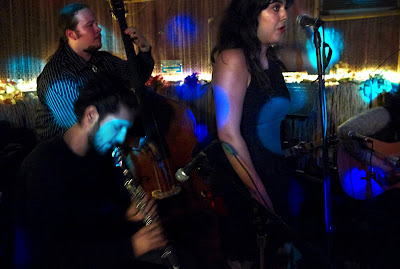 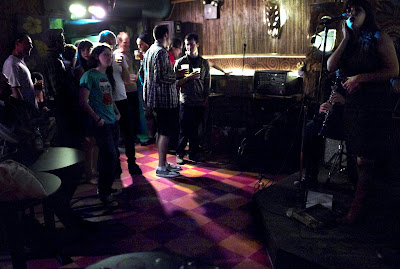 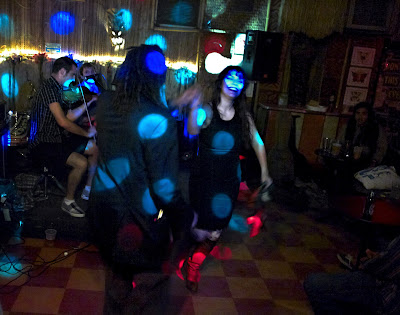 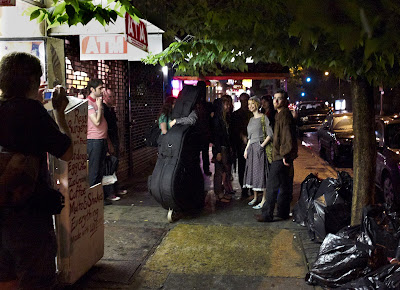 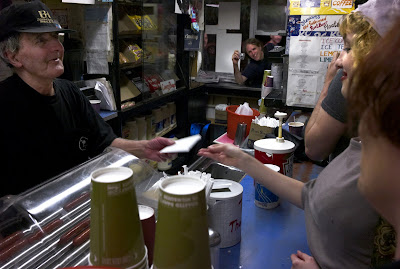 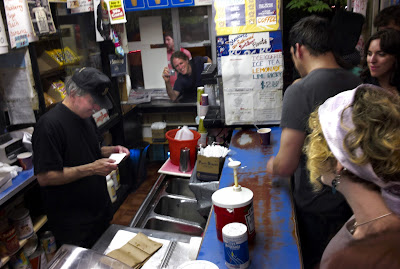 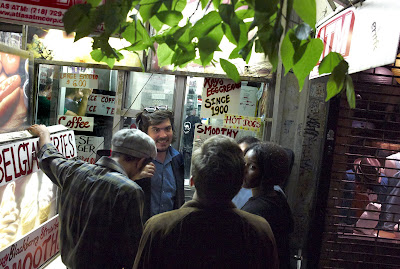 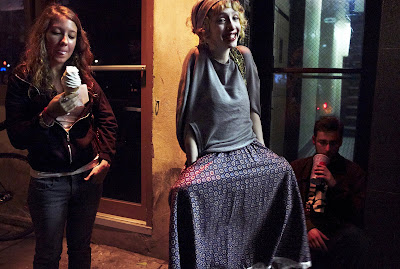 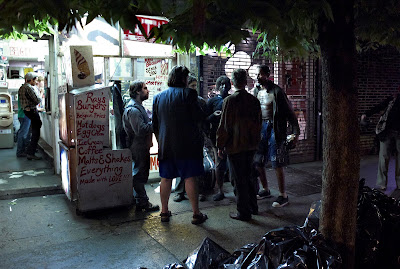 Even Cochise , beer in hand , was there Thursday night at Ray's Candy Store . Most of the crowd though that had trekked at 1:30 AM from Otto's Shrunken Head on 14th street had come to Ray's not to to spange for beer money but to see Lilly O'Donnell present to Ray the proceeds of a musical benefit that she had organized to help Ray with his financial problems . They also came to Ray's for cheese fries and sundry other treats .
Ray received the squarish little envelope from Lilly and opened it to find a card ,signed by all present , and $336 in cash . Lilly had spent the evening collecting this gift , sitting on a stool at the entrance to the Tiki-themed back room at Otto's Shrunken Head , taking donations ,at $6 per head , and placing them in a tattered card board box .
Lilly organized the evening benefit , finding a performance space and gathering together a group of performers who performed for free Thursday night .Not an easy task but Lilly wanted to do something to help Ray whom she has known her entire life . Lilly's mother took her to Ray's as a baby in her arms .
The evening included 7 performers including the Bill Murray Experience ( pictured above ), Craig Judelman , Feral Foster , Oliver Duncan , Rashad Brown , Fank Hoier and Isto .