2 Males Shot in Front of Forbidden City at 13th Street and Avenue A... 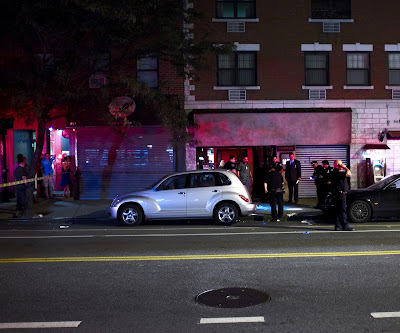 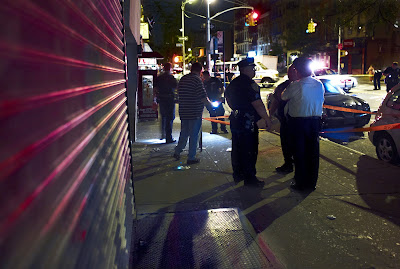 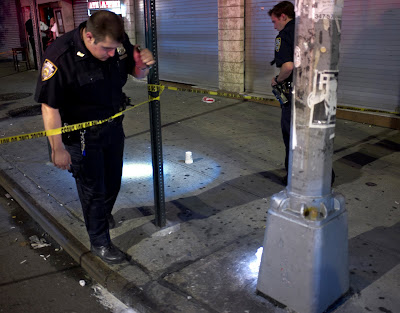 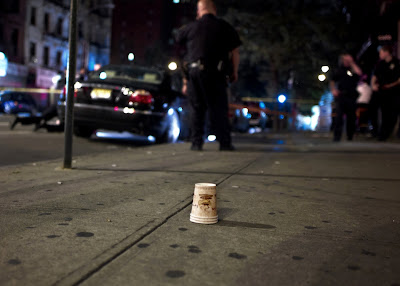 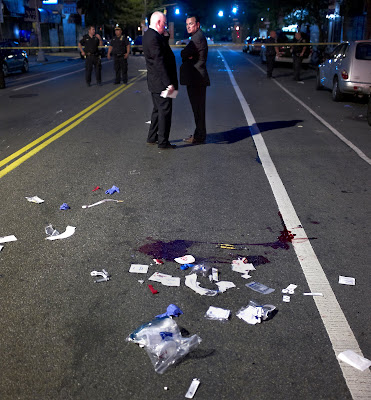 At 4:20AM or so Sunday morning 2 males were shot in front of a bar named Forbidden City which is near the intersection of 13th Street and avenue A .
According to witnesses the 2 males were fighting on the side walk in front of the bar . Shots were fired with one male going down in front of the bar and the other male going down out in the middle of avenue A .According to witnesses only 2 shots were heard . Police later found one empty casing on the sidewalk which was covered with a paper cup and another casing was found under a nearby parked car .
We know from a friend of one of the victims that at 5AM one of the males was in the hospital in critical condition . We never learned the condition of the other shot male . The one male in critical condition was said by witnesses to be an employ of Forbidden City .
We do not know whether the 2 shot males shot each other or whether others shot one or the other or both of them . Some witnesses did claim to see males running from the scene .
http://www.nydailynews.com/news/ny_crime/2009/08/23/2009-08-23_deadly_shooting_at_east_village_bar_bouncer_killed_2_wounded_outside_forbidden_c.html
http://www.nypost.com/seven/08232009/news/regionalnews/manhattan/one_killed_in_stuyvesant_town_shooting_186142.htm
# posted by Bob Arihood @ 7:48 AM

One of the males, the bouncer at Forbidden City, died.

Great coverage Bob--don't pack the cameras away just yet or ever for that matter.

i agree with Melanie. don't retire the lenses.

Except for the links to the Daily News and the Post! cmon, you can do better than that.

Bob, I heard the police arrested the jerks. But the news doesnt say.

Don't really know whats going on . Suspect that the media in general doesn't as yet know either .

We have talked to some old time locals that know things but not to much avail . It is clear though that perhaps things were happening at the bar that weren't covered by their license.

NY 1 said today that the shooter was arrested on Sunday.