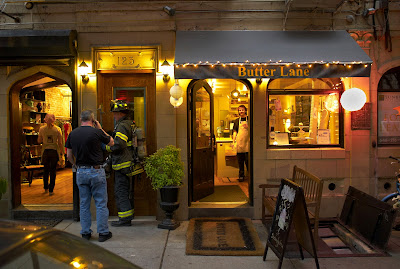 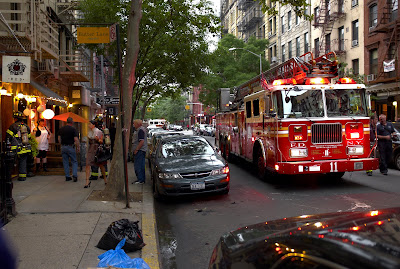 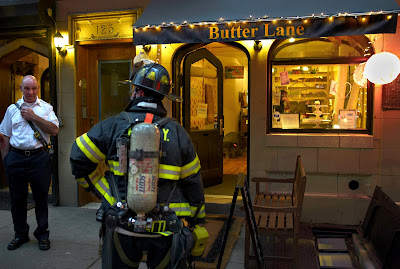 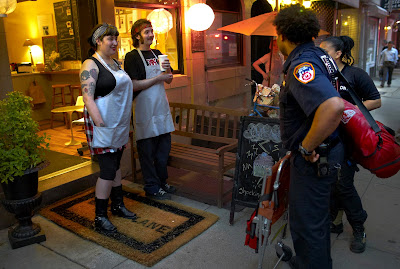 Tuesday evening around 7:45 PM fire department , police and emergency medical personnel were called to cupcake purveyor Butter Lane on 7th street between avenue A and 1st avenue . A suspicious chemical odor , possibly gas , and the rescue of apparently trapped individuals was the reason for the call .
FD found no gas problem , no one needed rescuing or medical care and as far as we know no one received any free cupcakes .
# posted by Bob Arihood @ 3:37 AM

Comments:
Why is the bench at Butter Lane poised to fall backwards into the stairwell in the sidewalk?

it appears as though the bench was moved (by swinging the when-looking-at-it-right-side towards the left side) so that, most likely the FDNY - tho perhaps the workers, could venture into the basement. doubt it's like that normally, although it could be some sort of conspiracy theory whereby trapping customers into the basement and using them as cooks or cupcake testers. eh,...your guess is as good as mine.