A Lunar New Year Past in China Town ... 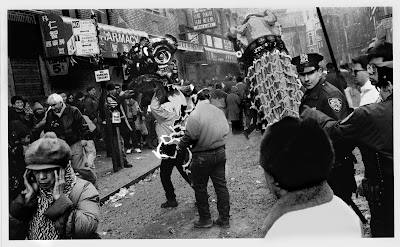 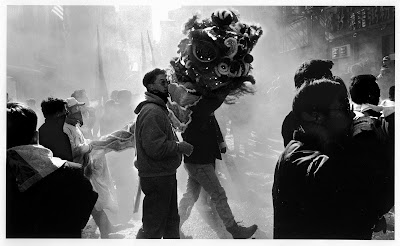 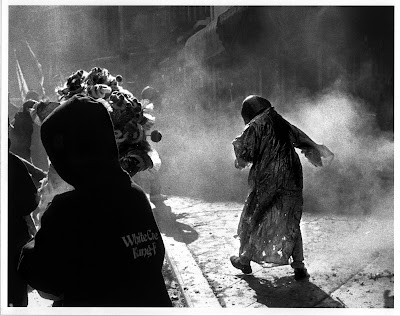 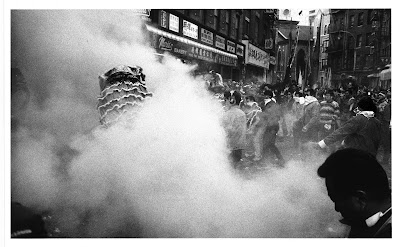 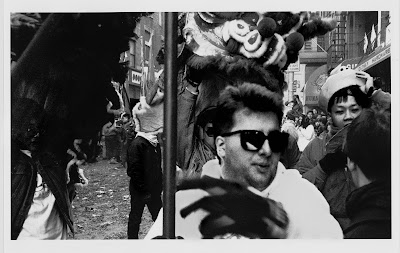 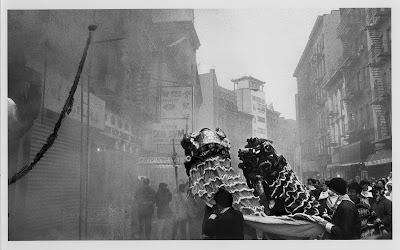 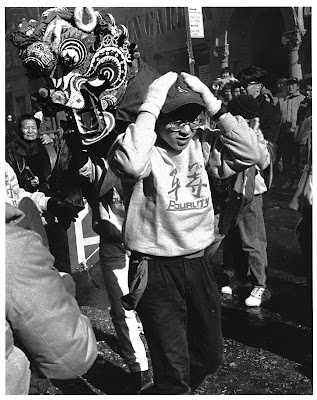 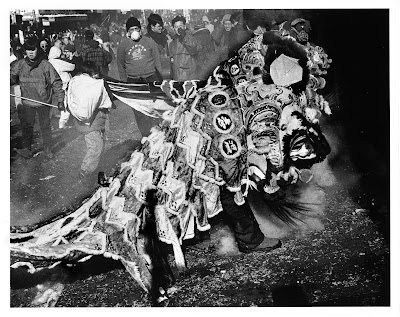 No more will be seen such clouds and atmosphere of acrid , sulphurous black powder smoke nor will the report be heard of thousands of fire crackers , large and dangerous as well as small , as on the day pictured above. The strange , awkward mingling of two cultures , a remnant Italian and the ascendant hegemonic Chinese ,will not be so tentatively manifest as was on this day . Two most recent political administrations have seen to end all of this .
We do not know the exact year of this celebration of the Lunar New Year downtown in China town but we recollect that it was sometime in the middle '80 s .

Comments:
this is some of the best work i've ever seen on here. amazing.

was the lunar new year the cause for all those blasts and rumblings last night??sounded like explosions..

Yes...either that or Con Ed venting or perhaps space aliens trying to make a secure landing in Tompkins Square Park

I tried commenting on these yesteday but I don't it made it through. I think the's are great pictures. More stuff from the old days! I especially like the one toward the bottom, with the old man, garbage can, hyrdant, and the guy wearing the Ewing shoes. Were it not for those shoes giving away the approx year, that picture could have been taken any time in the last four decade

And Cary , what about the old man's stick ? Is it just an assist for walking or something more ?

Those blasts were giant fireworks of the same size/caliber as July 4th, though much shorter in duration. I can see them from my window.

Yes they were of course fireworks . At the time we heard a great deal of chatter on the police radio concerning them . Many people had called in to report loud noises.

Occaisionally Con Ed will have exploding capacitors or transformers that make similar sounds . these were fireworks ; we saw them as did many others on avenue A .

After all these years--I still don't know an explosion from gun shots from con ed burps and chinese firecrackers!!!
Oh well...