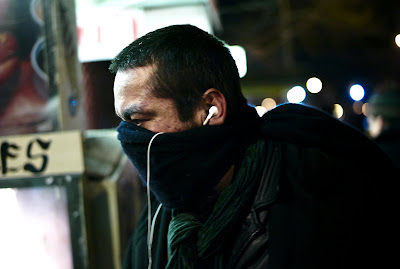 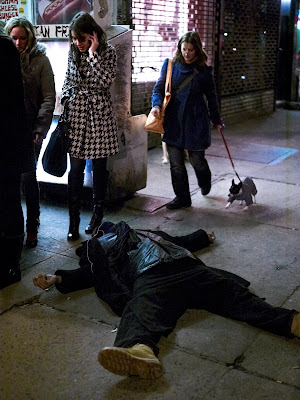 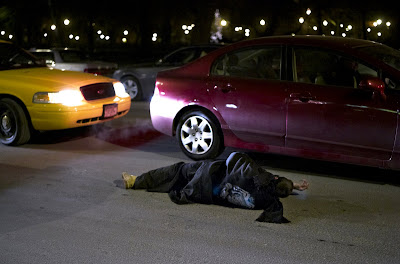 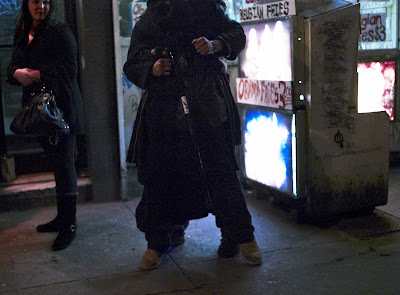 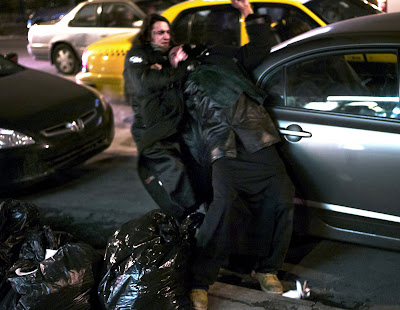 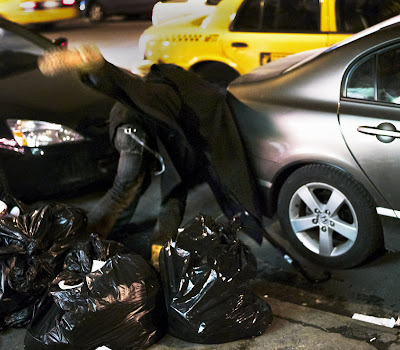 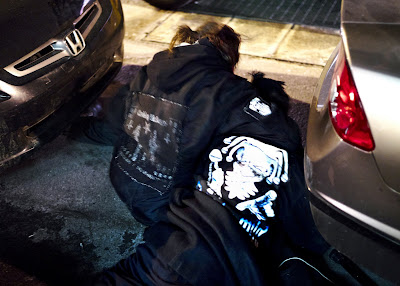 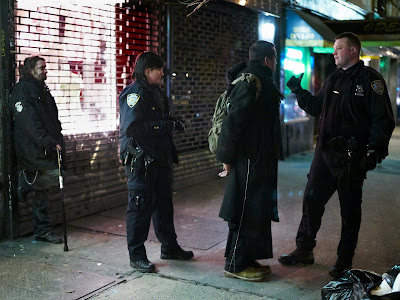 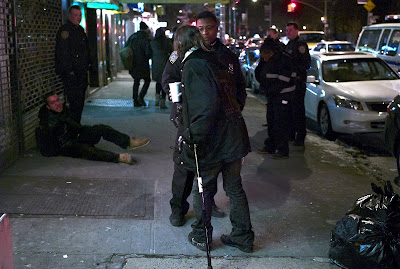 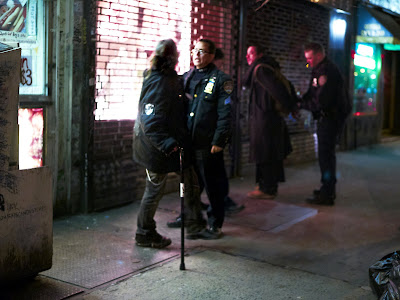 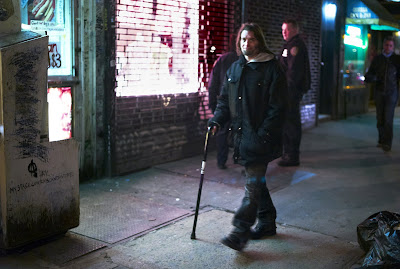 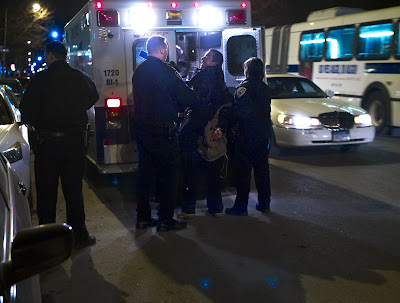 The boys were drinking again on avenue A Friday night . Nothing new ; the regulars were swilling away with abandon as is common on the avenue A strip .
Among them all , by far the most thoroughly pickled was Gesus . Though no one noticed much , he had significant difficulty remaining up-right at times .
This Friday night a thoroughly sloshed and belligerent Gesus claimed that Jewels had walked off with his beer money and had not returned with any beer . Jewels did return but without beer .
When Gesus sighted Jewels he went straight for him ; attacking Jewels sneakily from behind with a blow to the head and then a grapple . A surprised Jewels reversed the hold that G had on him . He took G to the street between two parked cars and put him down , ramming his head first into the pavement and then into the bumper of one of the parked cars . Clearly the lesser impaired of the two , Jewels , won this one .
The police had been called early so the fight was over quickly . The cops gave G a chance to walk away but he demanded that they cuff him ...which they did . After taunting G for a while the cops made a blustering , victorious Jewels leave the scene. The cops put G in an ambulance and sent him to detox at Bellevue .
This night Jewels fought to win and being the less drunk of the two combatants actually won this fight . A profoundly different outcome from 2 summers ago in Tompkins Square Park when we saw and heard Jewels ; while wearing filthy , shit-stained and tattered clothes , limping and leaning on his cane and sporting 2 black eyes ; after two days of total enebriation and beatings ; singing " I Fight To Lose " to any one that would listen .

Comments:
Again Bob, nice stuff. The one of the guy on the sidewalk is priceless...the girl on the cell, the tiny dog in the sweater and Gesus himself with his white iPod wires.

Your photos are a set-up for a great SPARKS commercial:

A drunken guy fucking with Jewels. As usual, Jewels is about to get his ass kicked. But wait, not this time. Jewels steps back and sucks down a can of that crap, like Popeye downing a can of spinach.

Jewels' shirt sleeves split open with bulging biceps and triceps and even quadriceps. Jewels makes quick work of the drunk and emerges victorious, much to the surprise of seasoned observers on Avenue A.

Emboldened by his success, Jewels then stops traffic an Avenue A, pants down, with his penis sitting atop of a can of SPARKS. Camera comes in for a close-up and fade-out.

At its best your blog covers the changing nature, and most importantly, the blog saves those little jems of stability, such as a bum fight on Ave A. This is an exceptional neighborhood. You are doing a service in documenting the lives of its residents.

These photos are great coverage of this Friday night main event. I enlarged the photos and the faces themselves tell a story--great one!!

Would you dubb bum fights as a blood sport? It is a common occurrence and has been documented, sometimes followed, as you yourself are doing... but is it something to be followed? Much like UFC is this an underground form of expression/entertainment (questionably). There is a hierarchy in the homeless world as we see they too struggle to climb a ladder. What perhaps is their motivation. I have many questions, and would greatly appreciate to hear a number of opinions.