Biker Bill Says : " Usurpers and Pretenders Beware. All Shall Know Now That I Am Now and Always Have Been the One True Biker Bill" 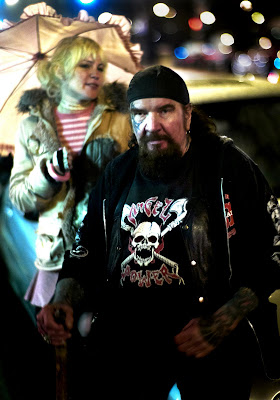 It's never simple . Existence is just one challenge after another and among those who count , it is well known that our Biker Bill indeed thrives on challenge ... so it is for our brother Biker Bill .
Some times a man is forced to piss-out his territory to show the usurper , the pretender , even the innocent just where and what the limits amount to . According to Slum Goddess today such a piss-out may be necessary . There is some confusion about who's who with some folks . Take a look :
http://slumgoddess.blogspot.com/2009/01/biker-billy-versus-biker-bill.html
# posted by Bob Arihood @ 7:32 PM

Comments:
All you other Slim Shady's are just imitators.

I heard somewhere that Biker Bill's real name was Tricycle Troy in his yuppie days!

Actually, he was once known as Wee Willy Winkle in his pre-biker days!