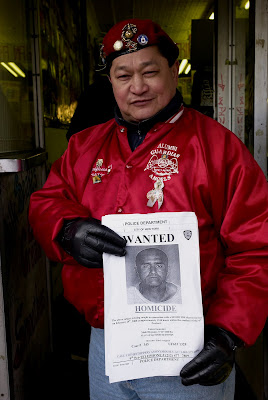 Kato , wearing a red Guardian Angels jacket embroidered with the insignia of the original "Magnificent 13" members , along with some of his fellow Guardian Angels were at Ray's Candy Store this afternoon bearing NYPD wanted-posters for James Gonzalez . Gonzalez is wanted for a tragic stabbing and murder by stabbing that occured last Friday afternoon at the Key Food grocery at the corner of avenue A and 4th street .
Kato , a 29 year Guardian Angel veteran , at one time spent a great deal of time in the East Village ; on avenue A frequently stopping by Ray's Candy Store . Kato hasn't spent much time recently patrolling on avenue A looking for bad guys simply because there are now far fewer bad guys on the street than in the past .
Ray's Candy Store will always remain a part of Guardian Angels history being the location where Guardian Angels founder Curtis Sliwa was picked-up in a cab by the thugs that shot and nearly killed him .
# posted by Bob Arihood @ 6:58 PM 0 Comments 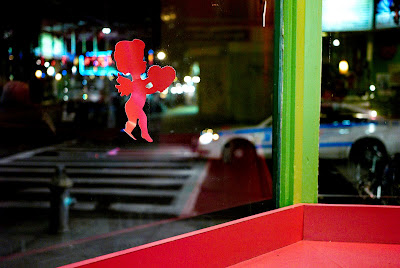 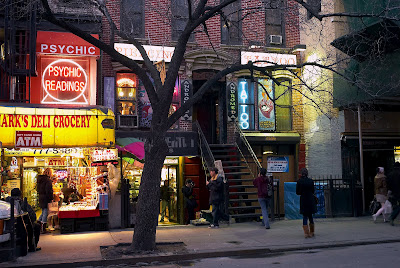 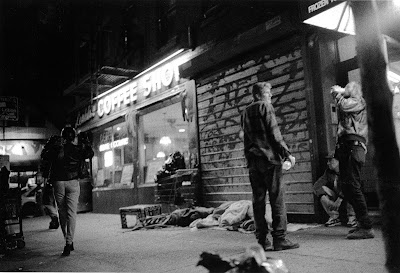 Then : 1995 during the easy living and easy drinking warmer season .

Unlike today , fashion didn't have much to do with anything ; all that really mattered was the beer in your hand and where the next one was coming from . A man could drink and drink and then pass-out just about anywhere ...especially if there was some cardboard at hand with which to make a bed . 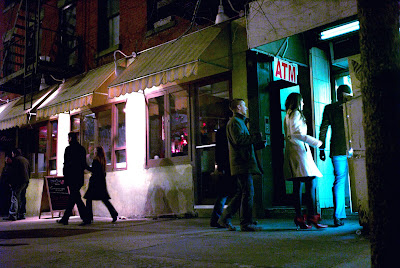 Now : 00:28 hrs , 2 March 2008 .
Again it seems that it is still true here as we noted in a previous " Then and Now "post that in this fashion hyper-conscious downtown scene the accessory that you have to get just right to achieve your desired affect on others is the shoes .Everyone is out there whether dressed-up or dressed-down , making all the difference with the right pair of shoes . Take a look at these red ones ...click on the image .
# posted by Bob Arihood @ 2:58 AM 2 Comments