This Last Week End on Avenue A at Ray's Candy Store ... 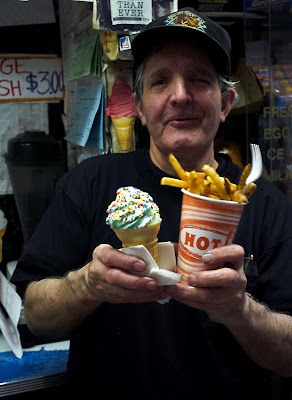 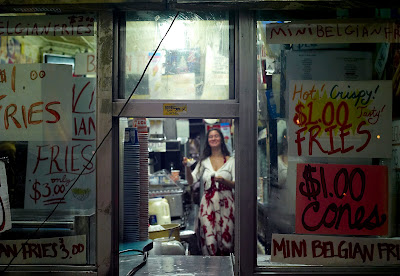 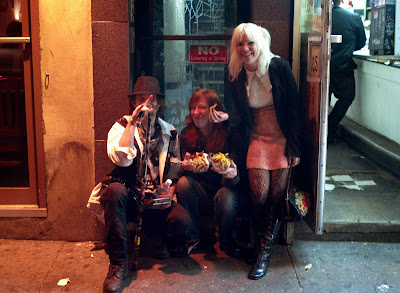 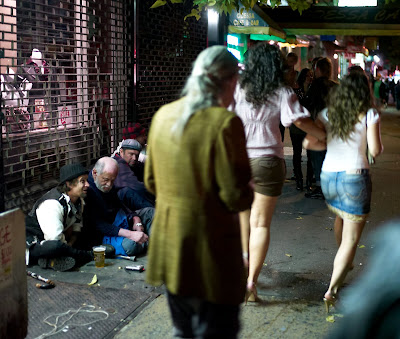 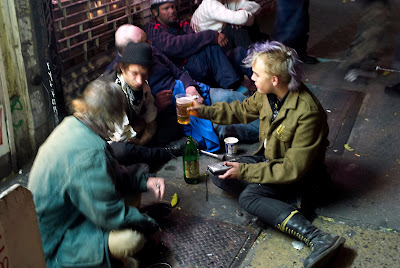 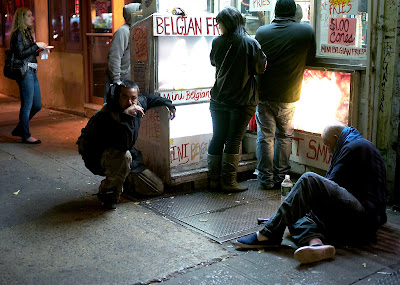 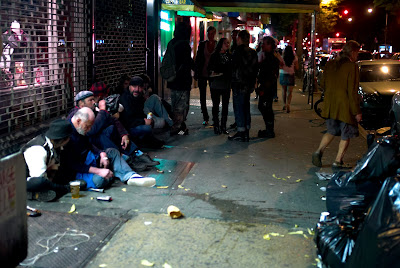 Friday , in response to ever worsening economic conditions in the neighborhood Ray officially introduced his two new recession priced products , his $1.00 ice cream cone and his $1.00 Belgian fries .
A new sign for the fries and cone were made by Amy who helped Ray Friday night at his candy store to make some extra money to help pay for travelling expenses for hers and Jewels' trip to North Carolina . Amy's mother is ill and she is needed at home for a while as her mother recovers . Jewels and Amy left for Amy's home Saturday afternoon . They traveled by dog , that is Greyhound .
Very evident signs of hard times , at least for some , seen all around on avenue A could cause one to believe that the old "Bowery" has come to this East Village avenue . The weakening New York City economy also likely assures that Tompkins Square Park across the street will for some time continue to be the re-entry point for both the state and city prison systems as well as continue to be the dumping ground for the Bellevue psych-ward .

Comments:
Some riveting photos Bob.
Yes as Dylan sang..."the times they are a changin"...his early songs seem so relevant to today...Desolation Row and Like A rolling Stone seem even more relevant today.
On a brighter note--I must check Ray for his fries next--with 2 sauces--mayo and ketchup for me.
Have a great day!

As Lpou Reed says--the sounds of those high heeled girls--

There are gong to be cuts to dept. in city government but David McWater's bars and NYU dorms will be brimming with activity as well.

Nice shots, Bob. Eden is looking more beautiful every time I see her!

So glad to see the sweet and wonderful Ray is still doin' his thing!

Hey, who secretly admires me!?