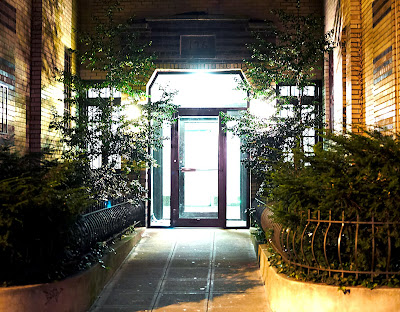 We have been informed by Mr. Penley that he and his neighbors will gather Monday night to publicly present a claim of tenant harassment at their building . They will claim that their landlord is responsible for this harassment and that this harassment is being carried out by numerous illegal workers who are supposedly renovating many of the appartments in his 176 East 3rd street building .
According to the DOB property profile and the city register this building is held by 176 East 3 LLC , which is according to the city register held by Terrence Lowenberg's Icon Group .
According to the city register the deed for this property was transferred to 176 east 3 LLC on 27 August 2007 and on that same day this property was listed as one of 36 properties used to secure a mortgage of $105,000,000 .
Mr. Lowenberg and Icon Group partner Todd Cohen were just this Sunday featured in a NY Post Page Six magazine story about the latest hot young developers along with young Benjamin Shaoul who is also according to the New York Times facing claims of tenant harassment .
http://www.nypost.com/pagesixmag/issues/20080824/Early+Developers
http://cityroom.blogs.nytimes.com/2008/08/21/lower-east-side-advocates-complain-of-tenant-harassment/
Much of the on-going work at this building it appears has been filed with the DOB but currently there are 3 outstanding violations for work well beyond the scope of the plans that were filed by Kenneth Hudes Atelier Architecture of Long Island City .
Mr. Penley and several other tenants , many elderly and some younger with children , will gather in front of the building . At this press conference the tenants will provide details to the press concerning the nature and extent of the claimed harassment by the landlord and his mostly illegal workers .
Mr. Penley also told us that some of the tenants of the Economakis building at 47 E 3rd street will join them in their press conference Monday night .
Mr. Penley noted also that after the "Donut Social" at the 9th precinct on Sept 5th at 8 PM , he will lead not only a march to the Economakis building at 47 E 3rd street to protest there but will also then lead a march to his residence at 176 East 3rd street for a protest there on that Friday night also .
# posted by Bob Arihood @ 1:17 AM

Comments:
Just heartbreaking -- feels like very "organized crime" and the laws are slanted to protect them.

Bob, you're slipping... Vicious squatter assaults in TSP over the weekend and your covering this?

Check out Crain's article -- the market just happens to be soft so Columbia U. and NYU? perhaps are looking to buy entire buildings direct from developers.

So tidy -- it seems pre planned by the mega millionaire socialite city planner and mayor -- slick, exploitive, will be taught as a college course "how to" --- has that "very organized crime" feeling that soulless wonders call progress.

Probably when you consider the investigations coming on the property . The NY Post will have a story on this soon. this is a part of another larger , growing story .

What is your growing story about?

I am in another building recently bought by them in the East Village. They are sneaky and dubious. They are doing huge renovations with no dumpster and no porta-potty for their workers who sadly have to use the garden out back.. They took advantage of their tenants and spread untruths. They also had insufficient permits for the work! They are nasty and contemptuous to the tenants that have lived in this neighborhood for most of their lives. They have no respect for their elders. Please post some more info as where the next meeting will be!