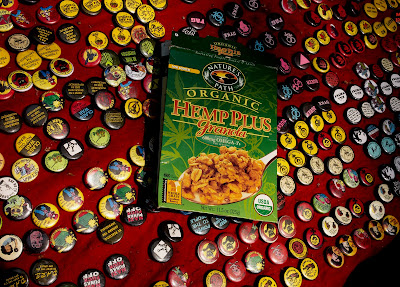 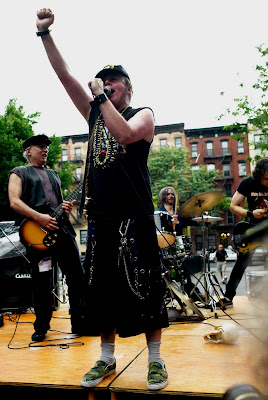 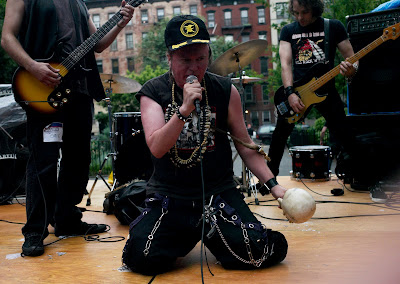 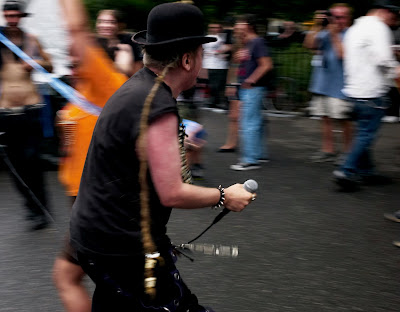 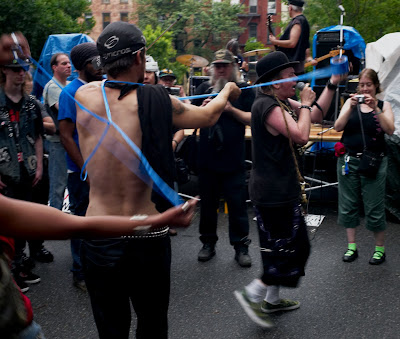 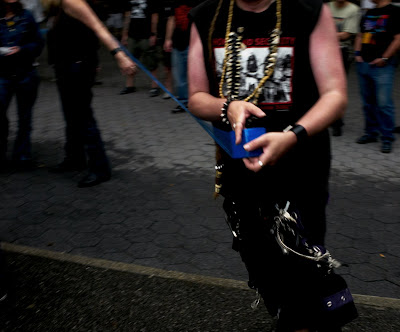 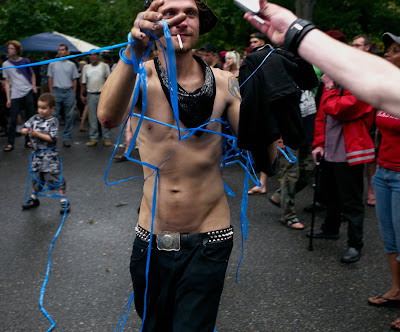 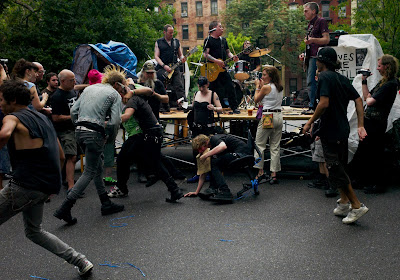 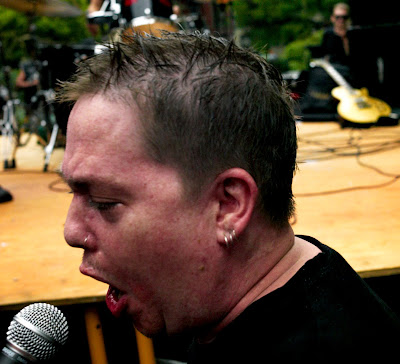 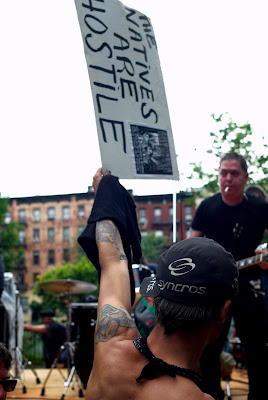 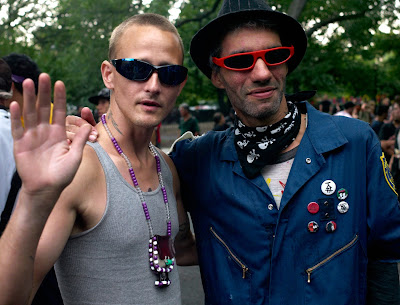 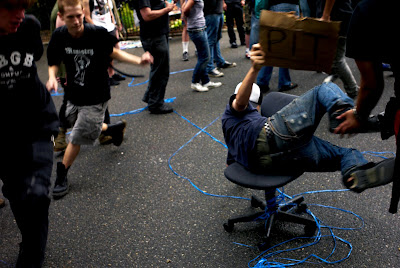 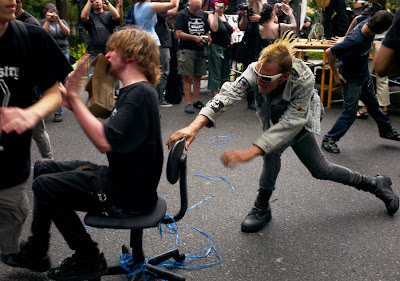 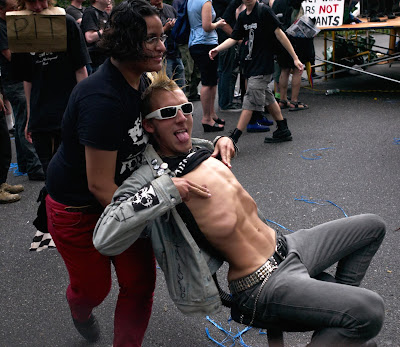 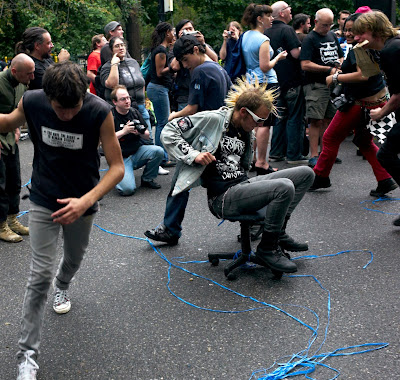 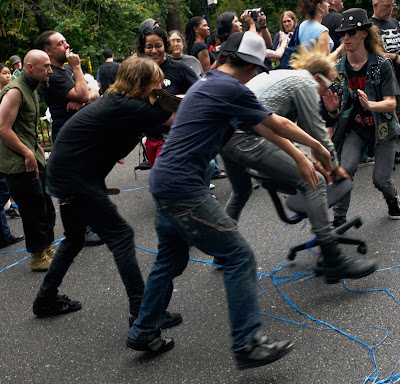 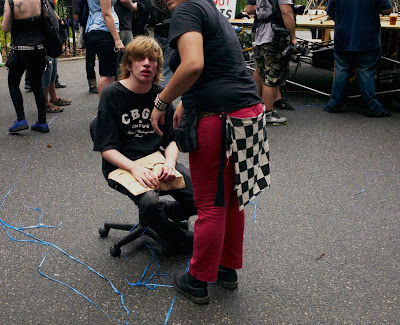 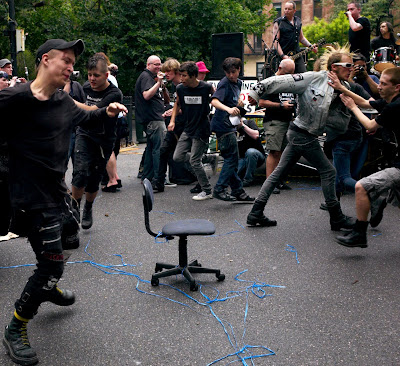 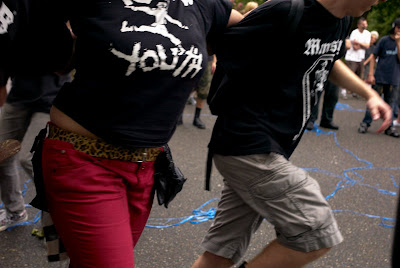 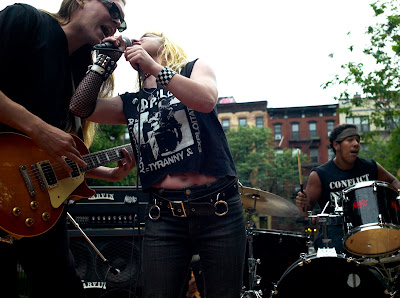 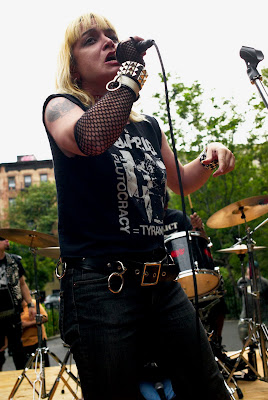 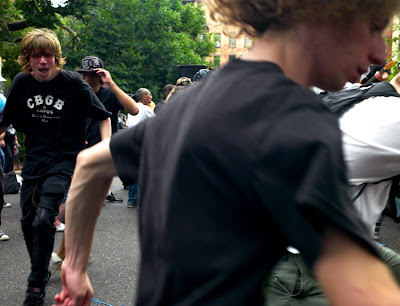 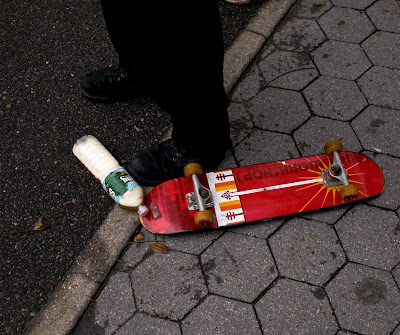 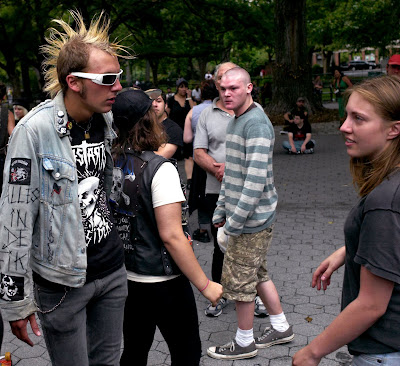 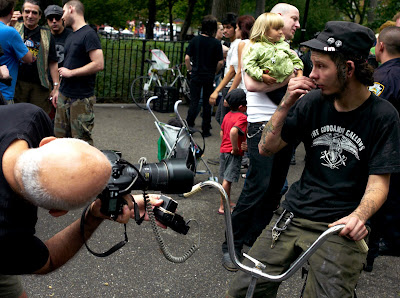 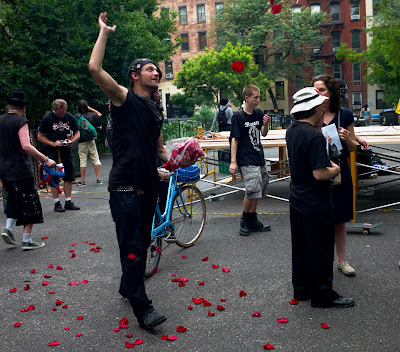 The afternoon started out bright and dry . After a brief bit of music the sky darkened and rain fell but though the concert-goers scattered the concert continued .
Not all that many attended the hard core concert , perhaps as many as 200 at times later in the day .
There was the usual occasional scent of weed wafting on the air and just the neck of a bottle of malt liquor could occasionally be seen protruding from a paper or plastic bag .
We saw one incident , probably fueled by a bit too much beer , in which one young man touched another's woman resulting in a tense and almost violent confrontation .
False Prophet's Stephan for a while played with a roll of blue tape among the crowd.
The concert closed with red rose petals being cast into the air .
This was the first of three concerts that are associated with the 20th anniversary of the 1988 Tompkins Square Park Riot .There will be 2 more concerts , one on Saturday next and one on Sunday next . There will also be a TSP traditional metal jam and drum circle after the Saturday concert . After the Sunday concert a birthday party will be held in front of the Christodora for Yippie song writer and performer David Peel . For this party the Bowery Wine Co. will provide free pizza . More on these events later .
It is hard to say what this next week will bring . There will be protests and actions during this next week , some of which will be unannounced .
We have been informed that on Wednesday at 7 pm in TSP at the entrance to the central lawn in TSP people will protest the private security personnel that are searching the bags of those attending the Wed. night movie in that part of TSP .
Be prepared for surprises .

Comments:
Yeahhhh im the one pushing around Paul in the chair haha.
Paul was the one who "touched another's woman". but that was some dumbass skin who started it hahha