News From the Street : Saturday Night on Avenue A ... 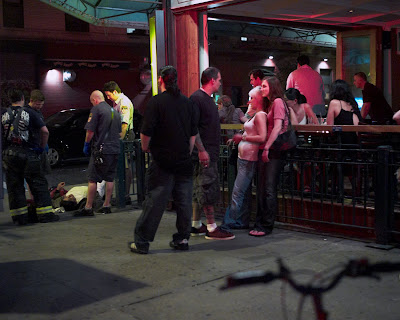 Saturday night at the corner of 6th street and avenue A a man was down , apparently a bit too much under the influence of an alcoholic beveredge . The folks in the restaurant at the location were treated to some slice-of-life type street theater , complete with firemen and flashing red lights , along with their dining and drinking . 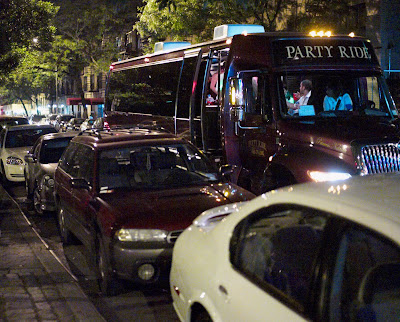 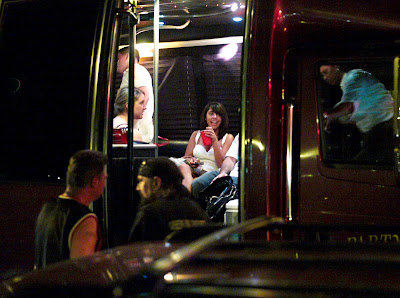 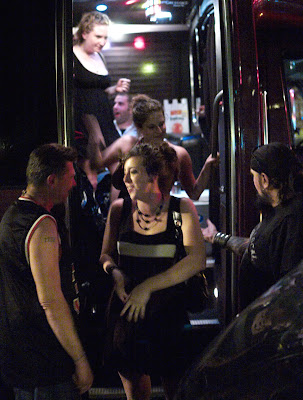 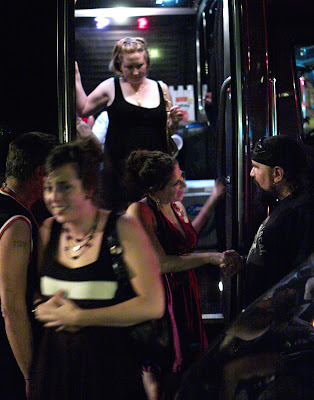 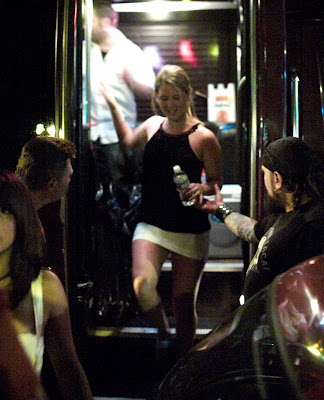 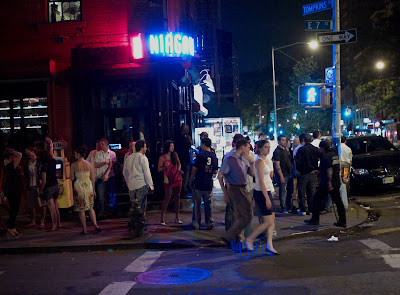 The party bus rolled up to the intersection of 7th street and avenue A late Saturday night loaded with drunken revelers .
A thoroughly sloshed "Coney Island Mike" and a stone-cold-sober "Biker Bill" lined up at the door of the wheeled cocktail lounge to welcome a bus load of just-typsy-to-really-drunk female partiers to the Tompkins Square Park neighborhood . Their destination was Niagara for more booze . 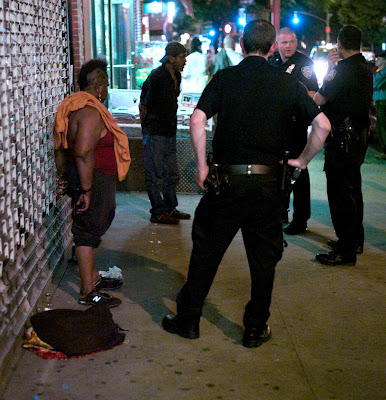 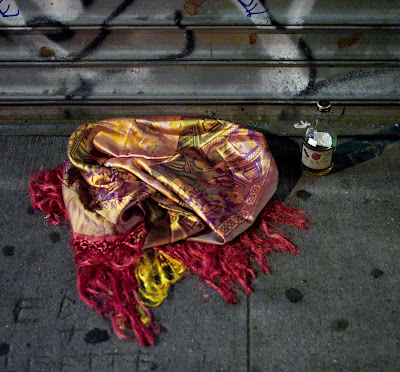 Saturday night Marlene ( a.k.a. Hot Dog ) and Columbia were arrested . They were cuffed and hauled away in a "cage car" to lock-up for having a few drinks and then sleeping quietly on the avenue A sidewalk .
For the record here it must be noted that the arresting officers were not in favor of making this arrest . They were following orders from above which they could not refuse .
Usually in a situation like this the procedure is " pour it out and take a walk " . Not so on this night .
"Coney Island Mike" finished-off the bottle of rum . 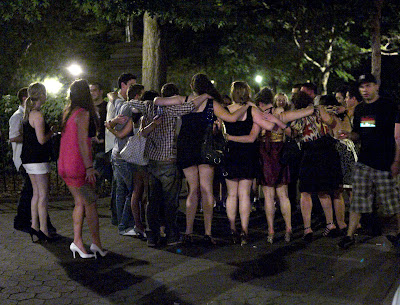 After closing time the party continues outside on the sidewalk at the entrance to Tompkins Square Park .

Comments:
Leave Marlene and Jay alone and arrest these other twats--slumming drunks