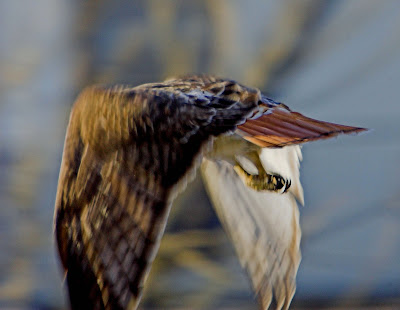 This is the signature red tail of the Red Tailed Hawk , Buteo jamaicensis borealis , that appears after the end of the hawks second summer .

The Quest for Dinner and Lodgings of a Red Tailed Hawk in Tompkins Square Park ... 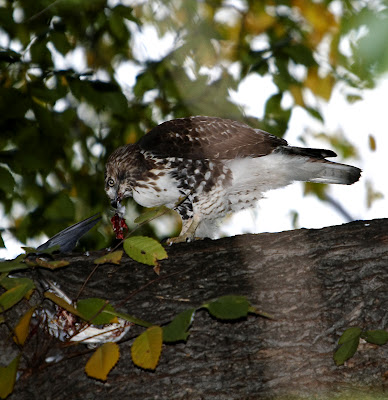 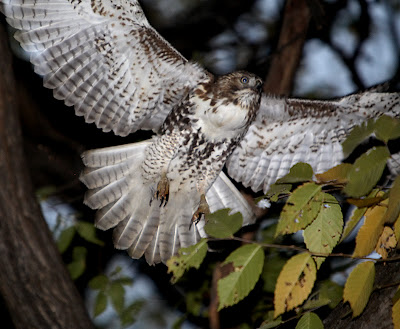 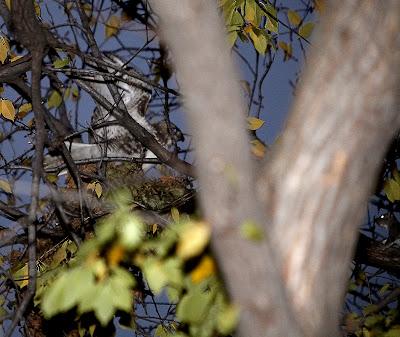 Early Monday evening a Red Tailed Hawk was perched on a large , flat limb of an elm tree in Tompkins Square Park picking at and eating what remained of a pigeon killed and stashed on the tree limb ealier in the day .
Tiring of the cold pigeon remains , the hawk spread its wings and lept into the early evening air in search of a new perch and perchance more appealing warm-blooded dinner faire .
After flying from perch to perch for a half-hour or so the hawk spied a squirrel's nest of leaves placed high in a tree midst a tangle of branches . On lighting on this nest , hopping up and down with wings flapping the hawk drove the residents , some very surprised and angry squirrels , out on the limbs of the tree where the hawk perhaps could have grabbed one for dinner . The hawk had no such luck though , the squirrels escaped to safety , though now homeless in TSP , on the near-by branches .
Though the squirrels protested much the hawk remained a long time , perhaps all night , in their nest .
# posted by Bob Arihood @ 12:11 AM 0 Comments

A Red Tailed Hawk's Sunday Butchering and Eating of a Pigeon in a Tompkins Square Park Tree . 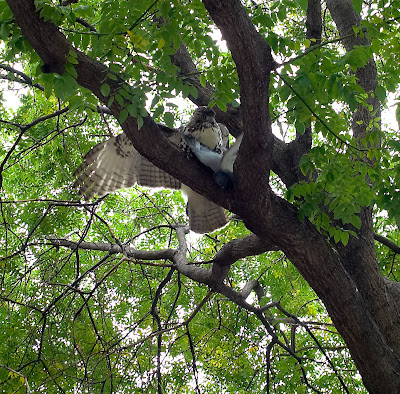 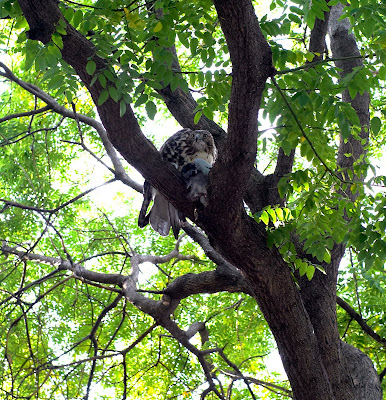 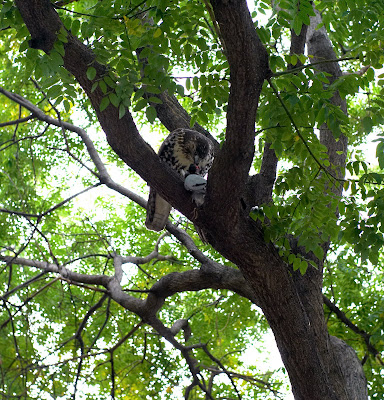 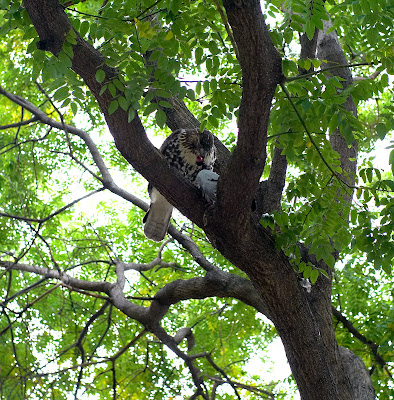 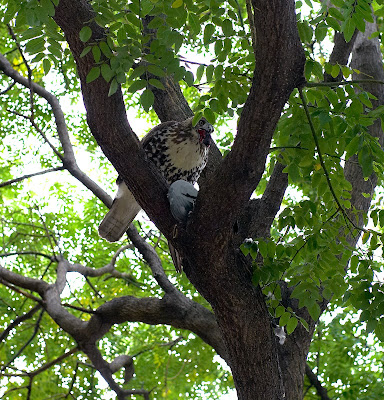 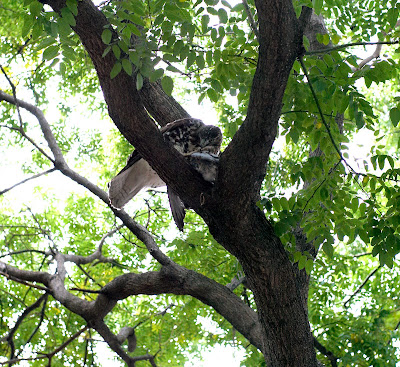 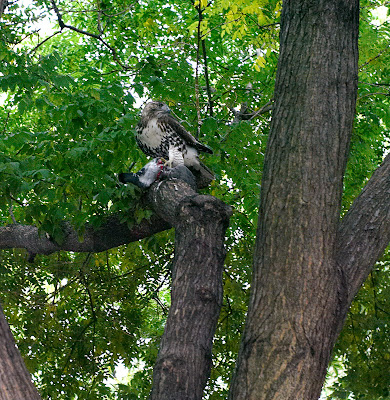 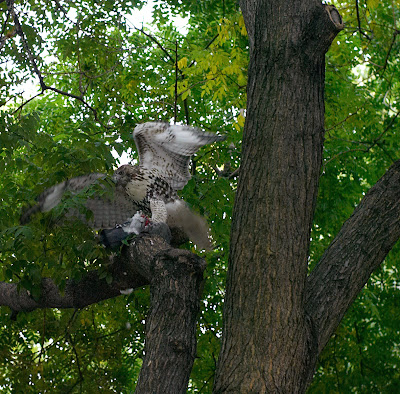 As Cooper Union Students Play With Blocks , Construction Workers Errect a Crane that Will Be Used to Build a New School Building for Them . 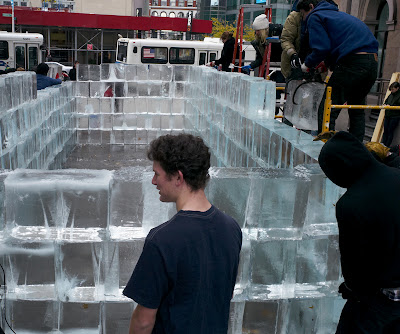 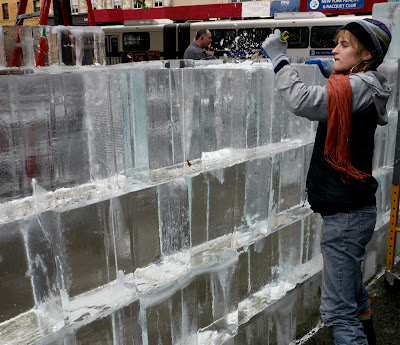 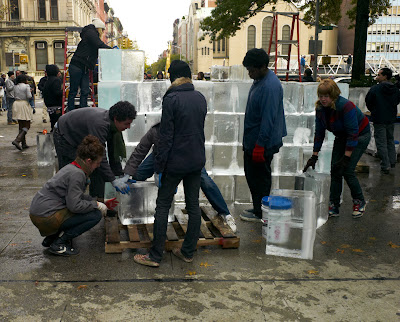 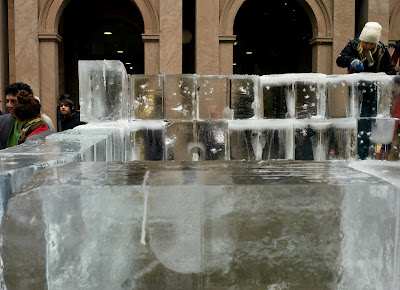 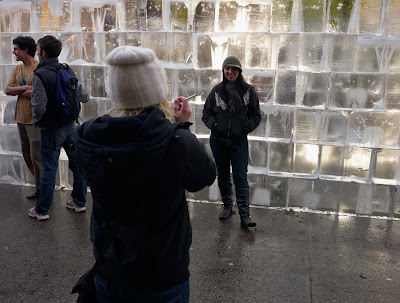 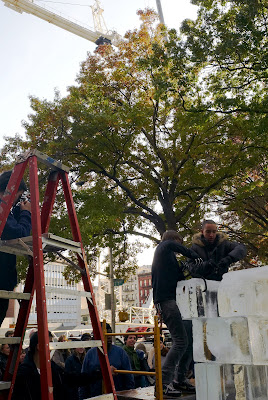 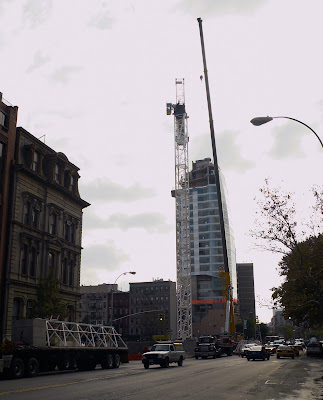 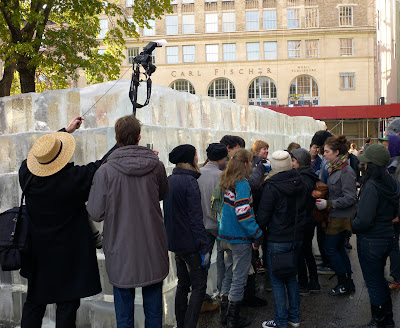 The Business End of a Red Tailed Hawk : The Talons . 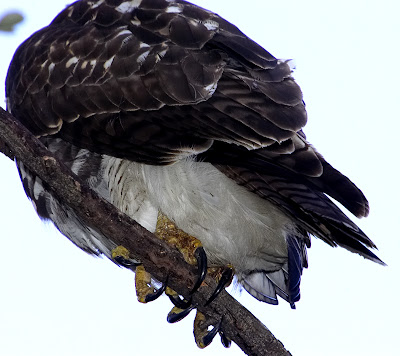 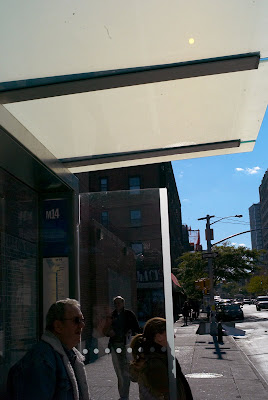