Stands Proudly and Defiantly with Giants in Astor Place... 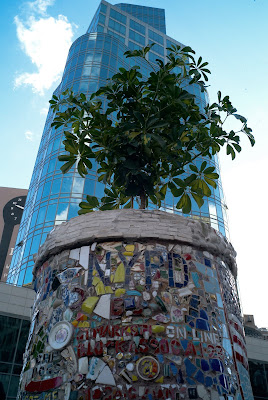 See the "New York Tmes" , Sept 14 , 2007 , week end section "Paths of resistance" for a story about the past , present and future of the East Village which includes a short piece about Jim , Jesse and Jim's mosaics including the 9-11 Memorial Planter above . The internet version has a video interview of Jim.
# posted by Bob Arihood @ 10:57 AM 2 Comments 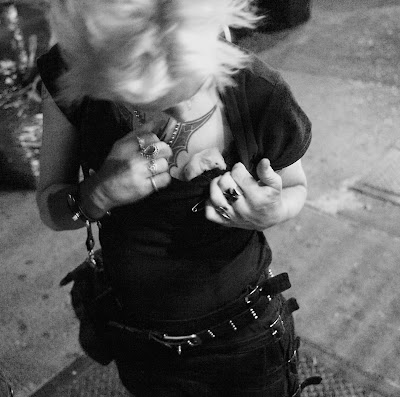 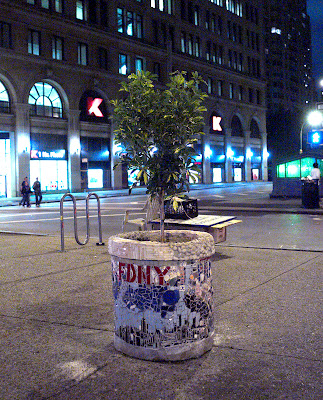 More "Howl" Along Avenue A 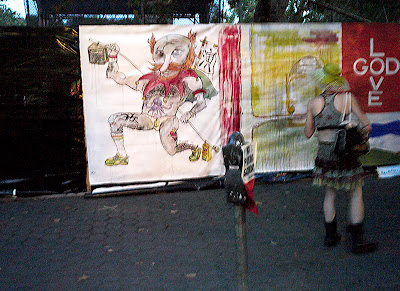 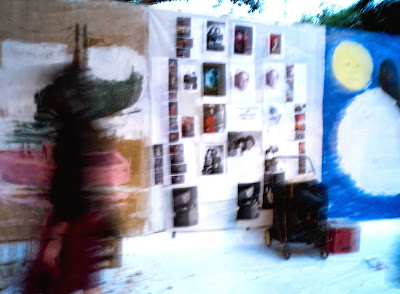 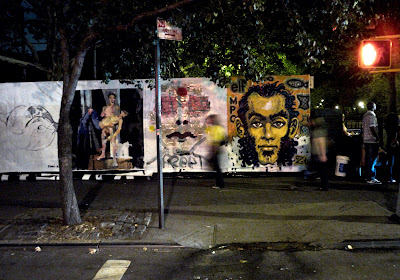 There is not much left of the indigenous culture of the East Village . What does it matter then that "Howl" claims somehow to be a celebration of the E.V. , trivial or not ? That which put The E.V. on the map is gone so just hustle what you can of what people think the E.V. was and make a place for yourself promoting the trivialized illusion ...and perhaps make a little money too.
This most recent "Howl" did not hark back to much of anything that had to do with the past culture here , nor did it have much to do with anything current here ; there simply isn't much culture here at all now . No matter how much the presenters tried to claim that this "Howl" was of and about the real East Village , this "Howl" was nothing more than another fabrication , a fantasy , that as one can see from the lists of contributors was to some extent at least paid for by real estate interets ; the very interests that have had the larger hand in ending the indigenous East Village culture by driving out the people that created and maintained that culture .
We know that many had fun and were entertained attending "Howl" and that it probably appealed to these many , mostly new arrivals in the neighborhood as a genuine indigenous East Village cultural event .... but what did any of this event have to do with Mr. Ginzburg's "Howl", it's sentiments or the East Village culture and it's people that he knew ? 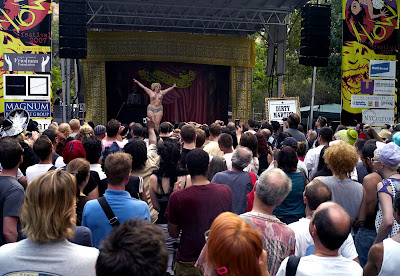 Though assuredly a revealing performance , inspired by Terpsichore herself , including large mounds of pale , bare , sensual flesh made to ascend ,descend and revolve like airplane propellers , this strip tease probably revealed less of significance for many from the neighborhood than the names of some of the supporting organizations listed on the side boards .
# posted by Bob Arihood @ 2:31 AM 1 Comments