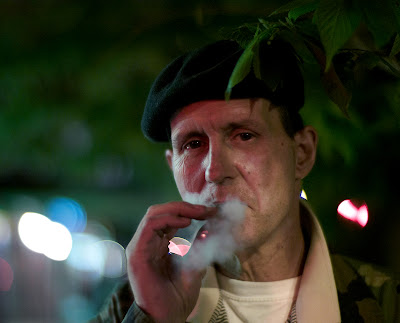 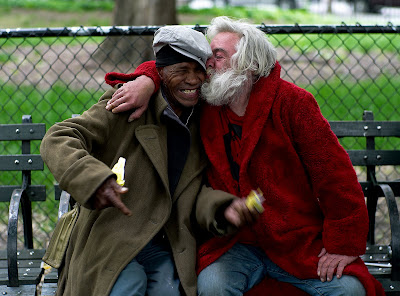 Rock has been down south for some time . He gave -up his Section -8 appartment in Brooklyn and moved to South Carolina a year or so ago to live with an aging aunt and uncle to help care for them but things down there were just too much for him so he moved back to NYC . It is likely that "Rock-n-Roll" will be spending a significant amount , if not most , of his time with his old friends in TSP for at least this summer .
# posted by Bob Arihood @ 7:45 PM 0 Comments 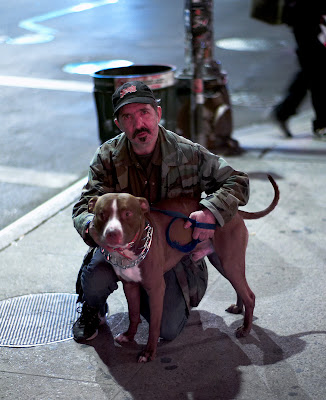 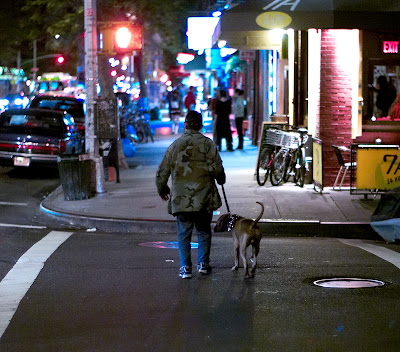 No , you will not be seeing Stanley and Tiberius together again on avenue A because Tiberius will be taken from Stanley sometime tomorrow . In fact Tiberious may be put to sleep , as they euphemistically put it , unless someone adopts him in a relatively short period of time .
Stanley's lawyer at MFY legal services has informed Stanley that the Dept . of Adult Protective Services will not pay Stanley's back rent unless he gives up his dog . We assume that it has been made clear to DAPS by Stanley's landlord that he can not have a dog in his appartment , an appartment in which he has had a dog for at least 15 years , if he wants to continue to have the appartment to live in . Of course we all know that this demand is being made because Stanley's landlord is willing to do whatever he can to severely inconvenience Stanley in the hope that he can compel Stanley to give-up his appartment .
Stanley just returned from Bellevue Hospital where he was a patient for a couple of months because the stress of dealing with his landlord's harrassments wore him down leaving him depressed , without an appetite and considerably malnourished . Now at home , along with having problems with the effects of over-medication with anti-psychotic drugs ( Stanley is not now nor has he ever been psychotic or exhibited psychotic behavior . He has at times in the past behaved a bit eccentrically , but almost always along with a good sense of humor )prescribed irresponsibly by overworked and indifferent physicians , he is now being forced to give-up his best friend .
This is all so very wrong yet it is happening and ultimately it is happening because another greedy landlord is ready and willing to do any and everything to a helpless individual for some extra income from property that he considers , with Stanley as a resident of that property , an under-performing asset .
For those of you that have recently moved here into a renovated East Village appartment , Stanley's difficulties are one example of the price people without substantial means have had to pay and are still paying so that you can pay a rediculously exorbitant rent for the appartment that you now have . Damned near anything will be done by some landlords to remove a long time tennant of very modest means who has no place to go from an appartment to make that appartment available for you to rent simply because you have greater means and will willingly pay more to rent that appartment .
You may not feel that by the action of renting an apartment that you have caused others to suffer , but it is none-the-less true that your actions have resulted in a tragedy in the classical sense in which you have participated willingly, though perhaps not with full knowledge of the consequences of your acts , in harming others and causing them pain : this is what tragedy is . Remember that Oedipus did not know that he had killed his father Laius and that he did not know that he had married his mother Jocasta but there were none-the-less dire consequences to follow on these acts . It is your willingness to pay more , rediculously more that encourages individuals like Stanley's landlord to do what they do and have done to Stanley and so many relatively helpless others over the last several years here in this neighborhood.
# posted by Bob Arihood @ 1:58 AM 1 Comments 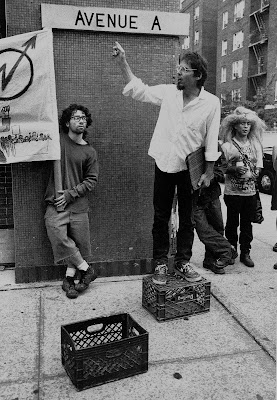 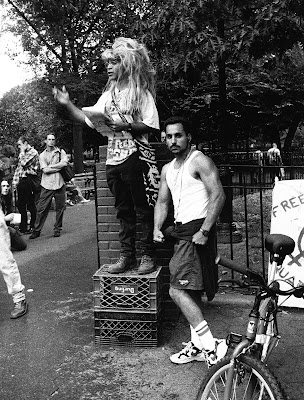 All that was required was a milk crate or two to stand on to place you above the crowd , if indeed a crowd did per chance actually gather around you , and a strong voice to make known whatever it was that you wanted known and though sometimes the police did not act accordingly , your show-and-tell performance was also constitutionally protected behavior .
# posted by Bob Arihood @ 1:42 PM 0 Comments 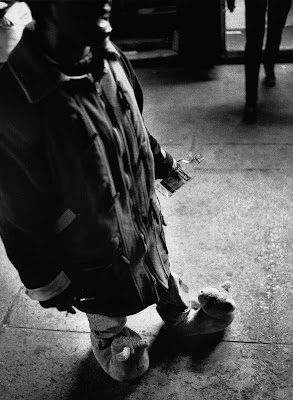 Marlene was no stranger to avenue A : for considerable periods of time Marlene actually lived on A , sleeping , eating and everthing else right there on avenue A . Occasionally she was quiet and polite , often she was friendly , but she was also not a stranger to booze and cigarettes and she regularly strolled growling , screaming and laughing hysterically up and down the street at any and every hour of the day with a drink in one hand and a smoke in the other .
What was different this night was that the two little bear slippers were grasping her feet , looking up at her .
# posted by Bob Arihood @ 7:10 AM 0 Comments 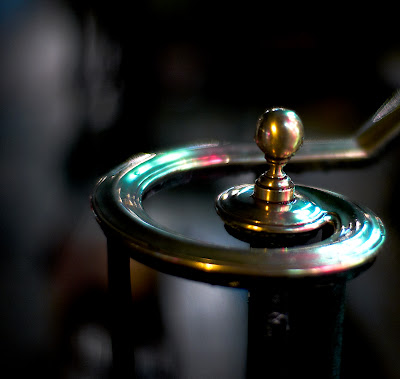 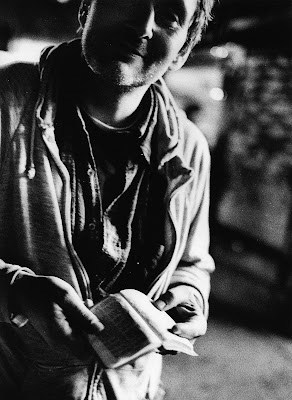 Having arrived at perdition on avenue A by way of a journey lasting one long dark night of the soul , Dale turns to a traditional travelers companion found on motel bedside lamp tables across America , his Gideon's Bible , for hope ....
# posted by Bob Arihood @ 5:22 AM 0 Comments 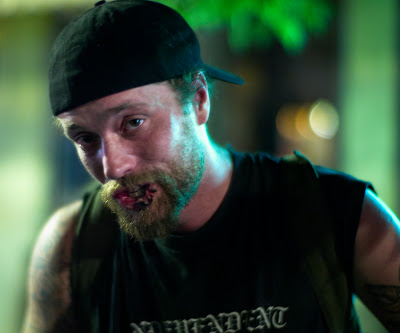 Kicked in the mouth in Philly... 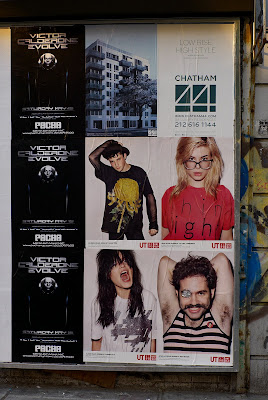 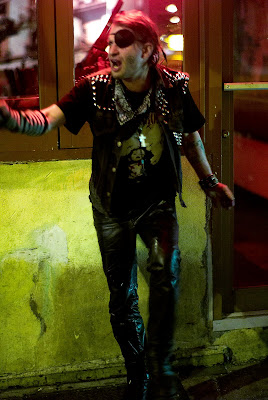 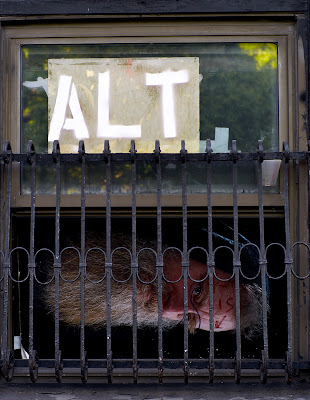 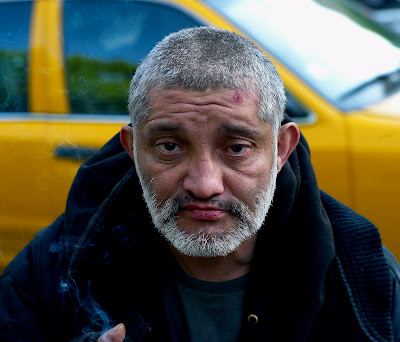 He said that because he would not run and buy drugs for a man two days ago , the man struck him to the side of his forehead with a cane .
# posted by Bob Arihood @ 7:57 PM 0 Comments 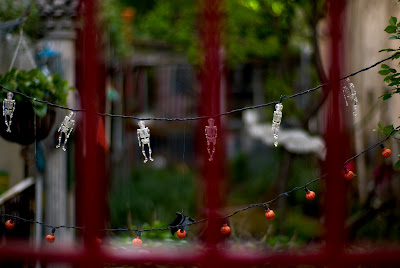 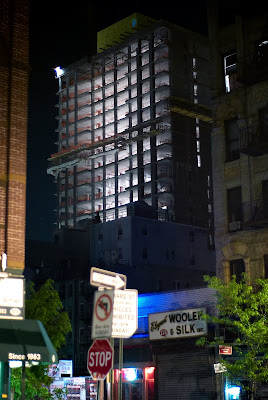 Here , another view of this monster of a building allowing the building to be seen sitting in the context of it's surrounding community . It can be seen that now and in the future this banal luxury rental structure will loom , with it's overwhelming massive presence , over all that surrounds it .
# posted by Bob Arihood @ 5:58 AM 2 Comments