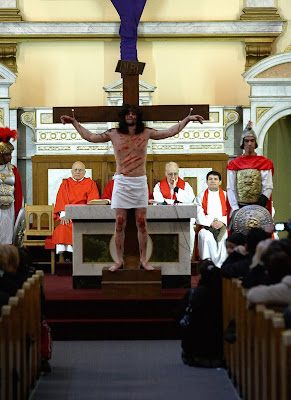 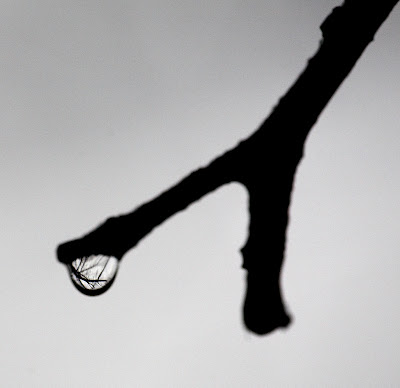 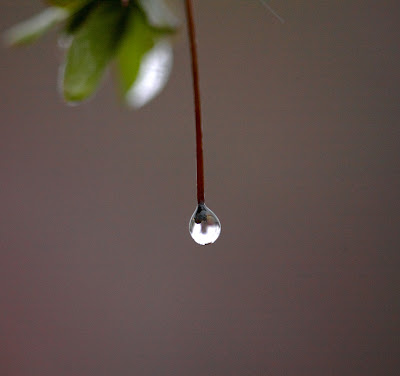 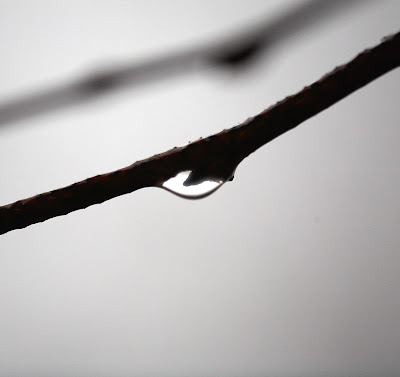 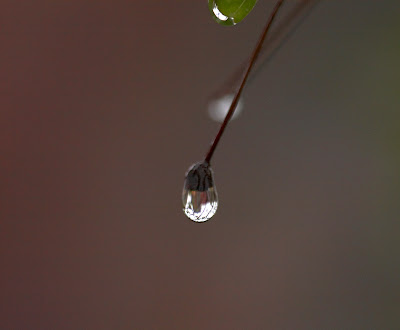 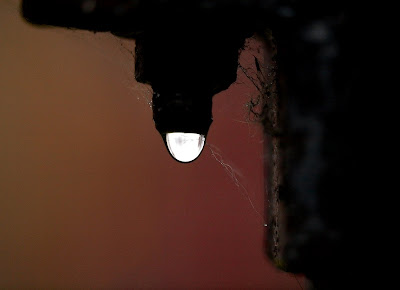 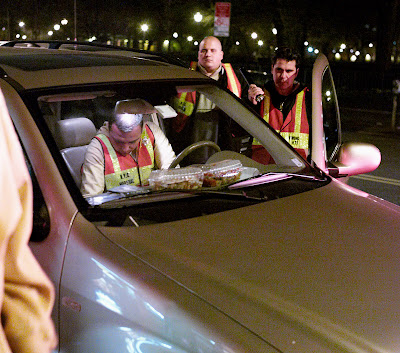 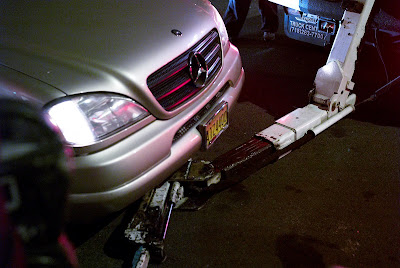 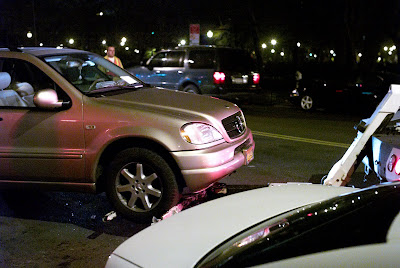 The kids took Mom's Mercedes to avenue A Tuesday night . They did what ever kids do in the East Village including buying some of Ray's Belgian Fries ( on the dash ) probabably having had a good time... but when they returned to the parking space where they had parked Mom's Mercedes , no Mercedes .
Yes , that worst nightmare came true : the city marshals took 30 seconds to open the doors ...no more than 5 minutes for the whole siezure process start to finish . Then they towed away Moms Mercedes .
Did Mom have some outstanding somethings that had not been paid...or was it just a mistake ? Mom certainly had not told the kids about whatever the problem was if there was one and now they had no way home .
The marshals did not like that I was photographing them and were a bit testy and demanding so I just shot more pictures . They were after-all doing the people's business in a public place and they were making a lot of money doing what they were doing .
# posted by Bob Arihood @ 1:18 AM 0 Comments 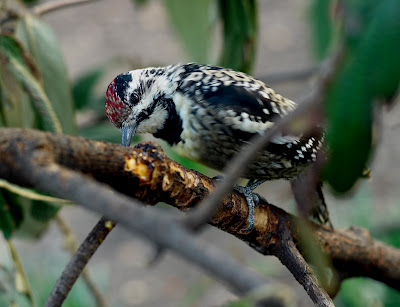 ABOVE and Below : Yellow-Bellied Sapsucker 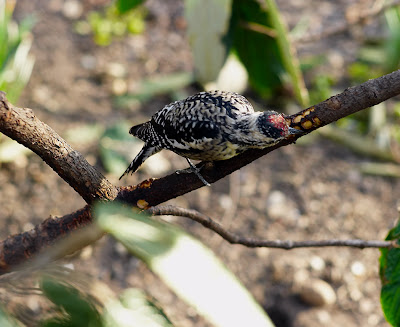 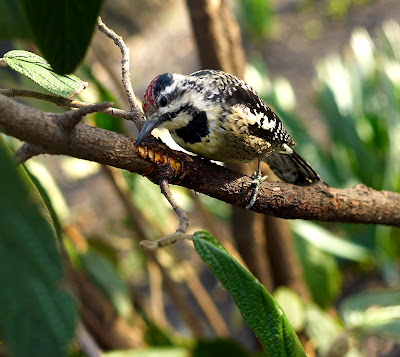 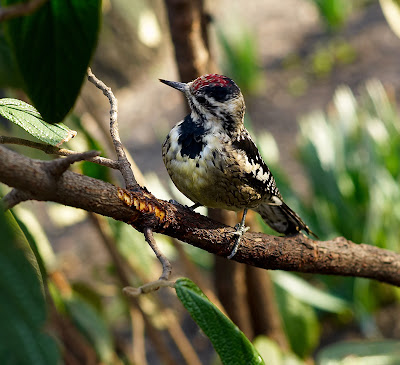 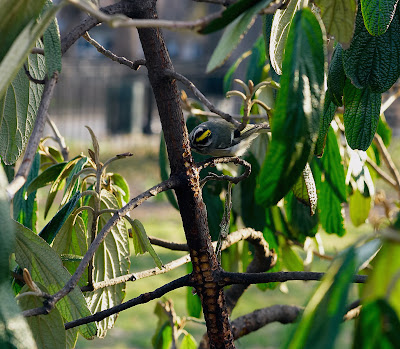 ABOVE and BELOW : Golden-crowned Kinglet 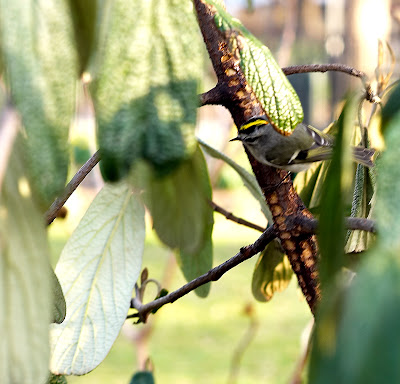 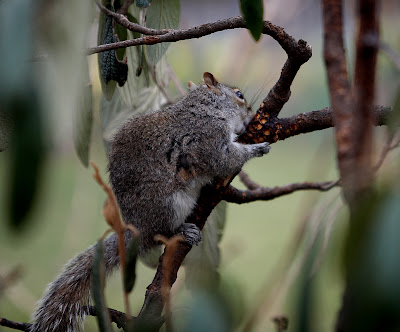 ABOVE and BELOW : Grey Squirrels 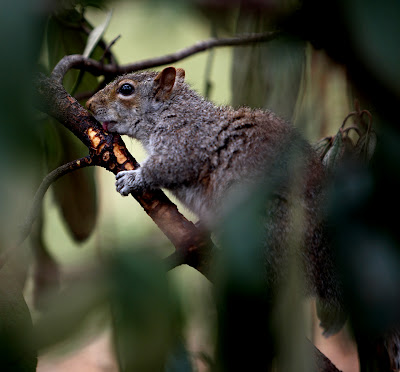 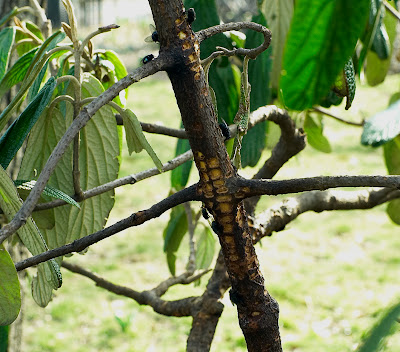 
Photographing animals in Tompkins Square Park is generally much simpler than photographing animals in the real wilds out beyond our city's borders. In TSP the animals are considerably less wild than in the real wilds : they can be approached closely , watched and photographed .Though less wild , they are not tame and certainly not so tame as pictured in Quaker Edward Hicks' ( 1740-1849 ) classic series of paintings titled "The Peaceable Kingdom" in which Hicks renders in paint the peaceable world of Isaah 11:6 : "The wolf also shall dwell with the lamb , and the leopard shall lie down with the kid ; and the calf , and the young lion and the fatling together .... " .
No , our park is nothing like this dream : winged beasts still drop from the trees of TSP and kill and eat cute loveable bushy-tailed squirrels .
Amazingly in this post some of the pictures were taken no more than 2 feet from their subjects .
This Leatherleaf Viburnam (Viburnum Rhytidophyllum ) has been chosen by a young female Yellow-Bellied Sapsucker ( Sphyrapicus Varius ) , who will become much more clearly " Yellow-Bellied" and with a solid red cap in time , as a source of fresh sap . Sapsuckers , a type of woodpecker ,wound trees and shrubs with their beaks by pecking an orderly set of openings in the bark of the plant . These wounds bleed sap which the Sapsucker later returns frequently to lap . These wounds to the bark of the plant can bleed for days and the Sapsucker will return as long as there is sap bleeding . Often many wounds are made and one wonders if this might not in extreme cases harm the plant .
Other animals are also attracted to this sap . Animals of the warm blooded type are the more noticeable visitors seen sipping sap . A variety of birds including sparrows and the pictured Golden-crowned Kinglet ( Regulus Satrapa ) visit the shrub for a treat of sap...and also for what stray ,tasty insects may also have been attracted to the sap . Our park Squirrels seem to enjoy licking the Viburnams sweet wounds as do some 6 legged and cold-blooded flies .
Finally , I would like to thank Dennis Edge for bringing this Viburnum to my attention .

Another Mess at Critical Mass 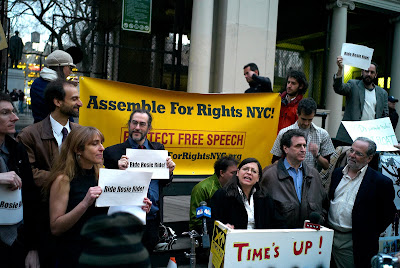 Above : Council person Mendez and Norman Segal harangued the eager crowd of riders with the usual Critical Mass rhetorical claptrap including the claim that they all had some special "right " to ride their bicycles in the streets of NYC anytime , in any manner and in a group of any number .

The big issue of protest was of course the new rules and regulations that include a requirement for a parade permit for any group of riders of a number larger than the claimed to be "arbitrary number " , by Segal and Mendez , of 50 riders .

Sorry Ms. Mendez , Mr. Segal and Critical Mass ; though right and privilege are quite often used interchangeably and though in the extreme there are several varieties of both rights and privileges , riding in or on the streets of this city is more simply and properly in this case a privilege afforded to us all at birth...and not some sort of unfettered inalienable right as your rhetoric before the Critical Mass crowd seems to irresponsibly imply . As soon as any of us can can safely ride a bicycle on the streets we are free to do so but there are limitations (rules and regulations ) to this privilege to ride the streets that we must all adhere to for obvious reasons like assuring the safe orderly flow of traffic . These limitations apply to all Critical Mass riders as well in the same manner and extent .

Critical Mass does not make its own unique law for its use of the streets : the people of this city make the law in general for all of us .The streets belong to all of the people ;they exist to serve all of the people ; the people pay for their construction and maintenance with their tax money and they charge NYPD with the responsibility for providing for the safe and orderly use of these city streets by enforcing the pertinent , applicable law.

I was very likely the first person to place a picture of a Critical Mass ride in a NYC newspaper . That was some time ago back in the '90s .The event was very much the same ride then as now though then it was perhaps more exhuberant : ride where-ever you can , as fast as you can , blocking traffic when desirable and ride up one way streets the wrong way in a fundamentally anarchist celebration on spoked wheels ... with NYPD hot on your wheels . There was no environmental bullshit of any consequence or special legal reasoning ever associated with this event...at least that was ever mentioned in any publication of note .

Though the monthly ride must still be a lot of fun ... just like it was back in the '90s , the monthly ride is now more soberly and respectably claimed to be held for the cause of safer city bicycling as well as for the protection and improvement of the environment . This is such a good and wholesome collection of causes that few if any would dare argue with any of it . But as for the true inspiration for the Critical Mass ride : the inconvenient truth is that Critical Mass is in its true heart-of-hearts and in its deeds still that same anarchist celebration on spoked wheels ... with NYPD hot on its wheels . First amendment dithering , environmentalism and preciousness-in-the-extreme does not obscure this salient truth . 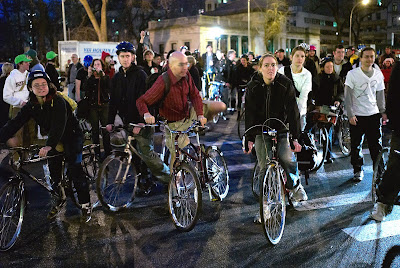 ABOVE : Ready to ride 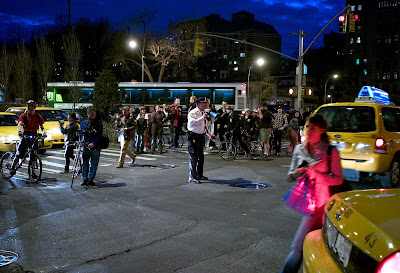 ABOVE : Inspector Codiglia as he has at so many previous rides tries to control and minimize the chaos in the street. 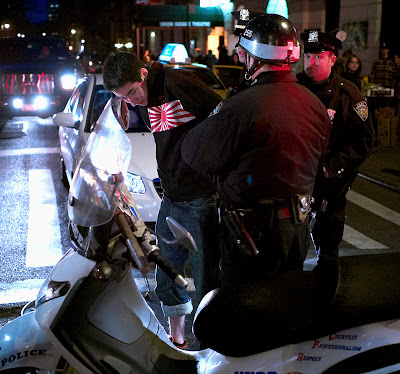 ABOVE : the first arrest at 16th street and Park Ave. South . There were 2 arrest downtown and at least 3 in Times Square .There were reported to be more than 30 summons issued . 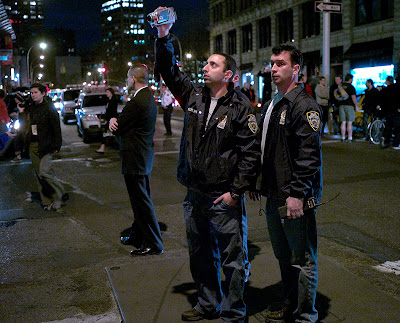 ABOVE : An arrest having occured , the police cameramen of TARU start recording the event . 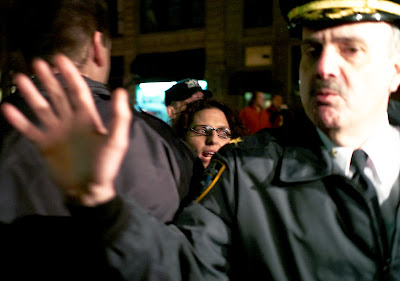 ABOVE : The second arrest at 18th street and Park Ave. South . 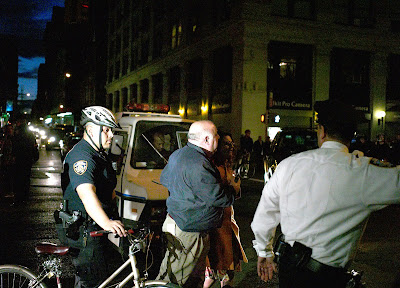 ABOVE and BELOW : The second arrestee is curiously escorted by Lt. Albano from the NYPD law department to a police RMP which removes both from the scene. 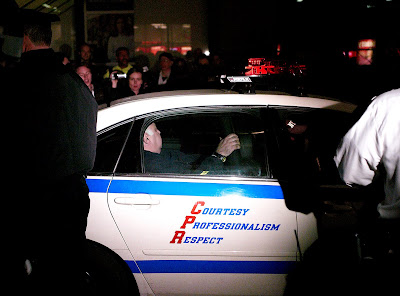 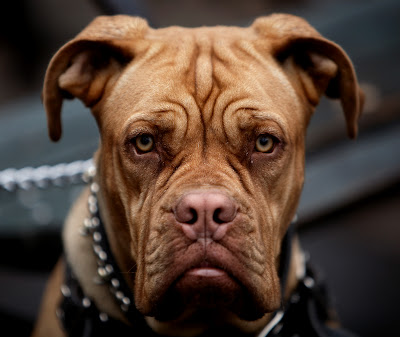