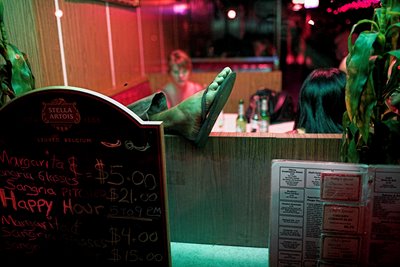 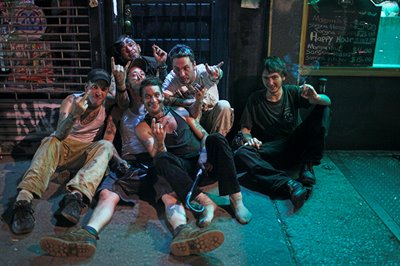 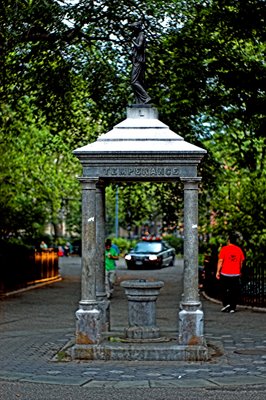 This little temple sitting in this park is protected ,cherished and maintained routinely by our community as though we care for it , with some of us even seemingly , perhaps , respecting it's creators intent . But today ,in this East Village community where the primary business of purveying Booze to the considerable visiting weekend masses enriches amply the taxman, the landlords and the community, this love and concern for this little temple might just be seen to be significantly hypocritical and , indeed , prove to be a cynic's delight . 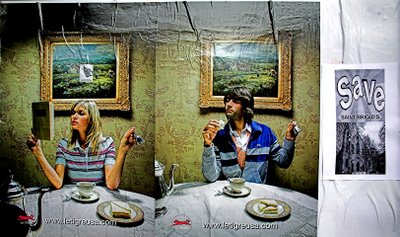 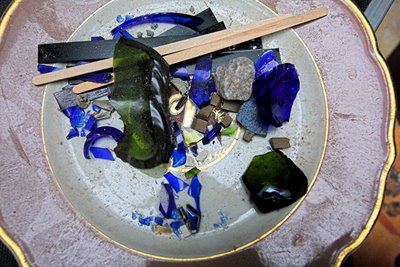 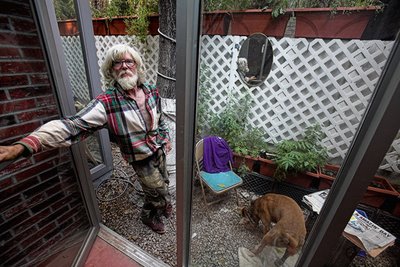 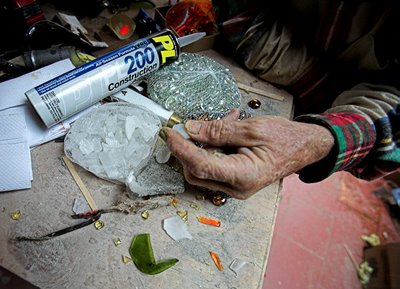 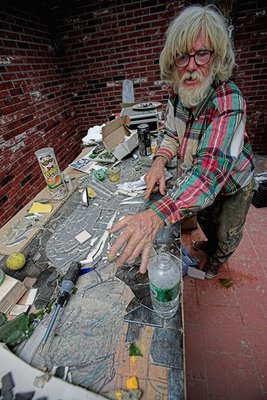 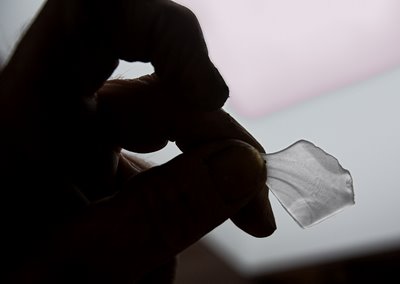 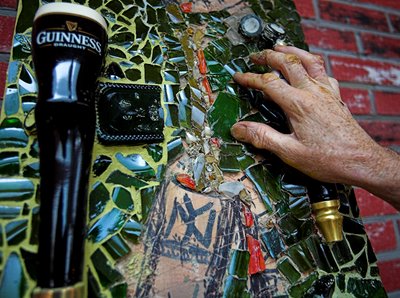 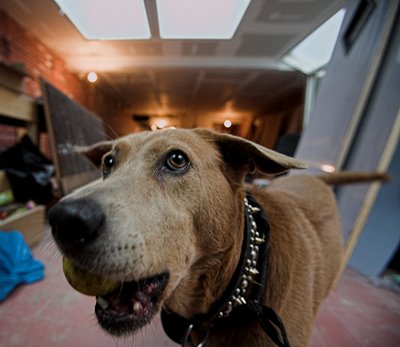 This afternoon when I walked onto the jobsite where Jim and Jesse Jane are working and living ,Jim and Jesse were outside in their small enclosed private garden , a place a long way from the camp on St. Marks Place . We all said hello and then we stepped into the work area where Jim is laying out and constructing his mosaics . He showed me some of his beautiful , natural and recycled materials and the simple all-weather construction adhesive that he uses to glue the tesserae to the backboard which is the support for the mosaic.

Jim showed me the current state of his mosaics and explained how he would further develope and finish them . He now works every day with his simple tools, his basic materials and his imagination creating his masterpiece , original mosaics . The construction techniques are complicated , involved and their explication is quite interesting ,but that's another story for another time .

Of course not all of one's time can be spent spent working ;there must be time for play,relaxation and sleep . Jesse Jane is most concerned with play, of course ,especially with Jim and her yellow ball . She and Jim now sleep on a new air mattress that was provided by the owners of the "The Village Pour House " . Life here is so much better especially with the security , privacy and quiet provided by locked doors and a private garden . In addition the 24 hr- a- day A/C provides a comfortable interior environment in which to to live ,work and sleep . 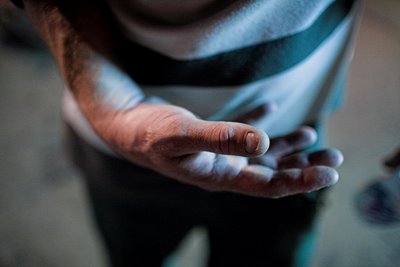 This hand belongs to X and today it does not grasp as it should ; as it could yesterday . X can not now hold a glass or bottle or write with a pencil . He can not today button his shirt . A doctor told him that in time his hand will probably again be fully functional , but not for a while .Last night this hand was damaged in an attack in the East Village . X was beaten badly in the street last night by a gang of thugs.

X was mugged and beaten on 9th street at around 2:00 AM Saturday morning . There were in all 5 attackers and it seems the motive was robbery. X does not remember much more than that he woke up in a hospital emergency room bloody and in pain. What little X had , the 5 took and ran with . He vaguely remembers the attackers going thru his pockets .

I call this man X for a variety of reasons including concerns for his privacy and safety . X is not well off ;he does not have a home of his own in the East Village . For that matter he does not have a home anywhere . X offered me the opportunity to photograph his beaten ,bruised and scabbed face but I chose not to . I have known X for some time now and he is a worthy, good-hearted person . Tonight when I saw his battered and bruised face and his barely functional hand ,shocked , I asked him what had happened to him . He told me the whole story in enough detail . Later ,while looking away , he began shyly and painfully to tell me that he was leaving the area for a while because he just couldn't live like this any more . We talked some more and then I took this picture of his hand .