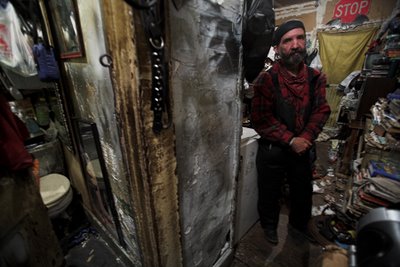 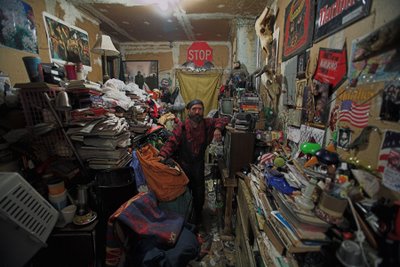 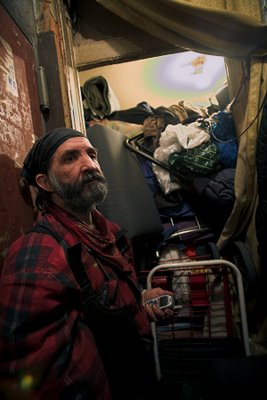 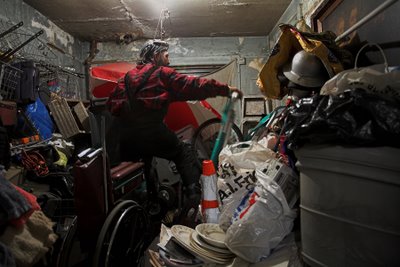 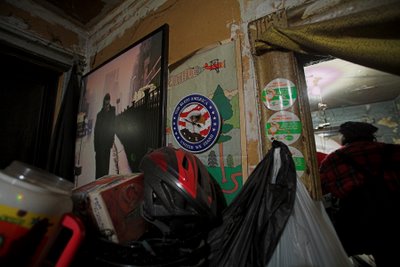 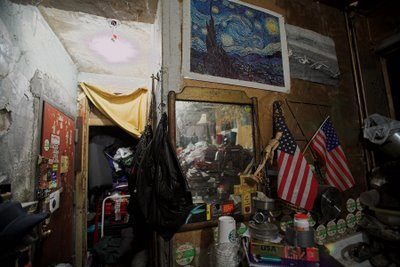 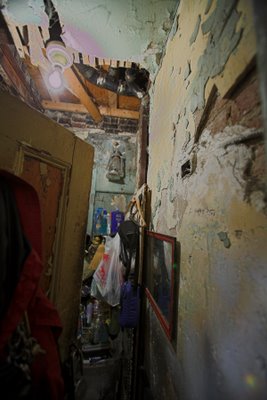 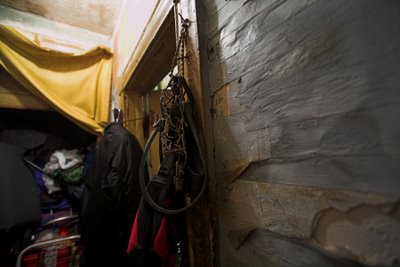 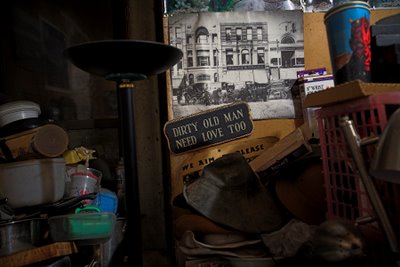 Comments:
wow. maybe he can sell off some of that stuff to make some $ to pay off some back rent. the landlord should make some repairs once it's cleared out too- that ceiling looks dangerous.