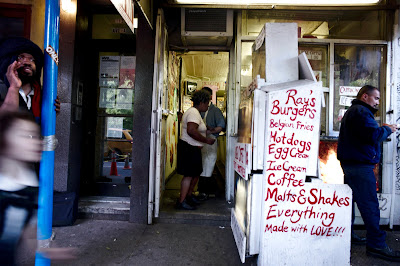 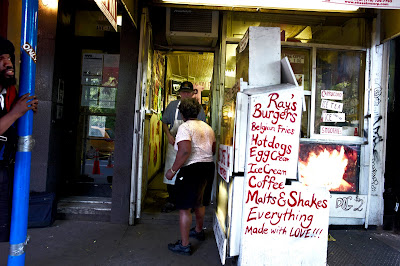 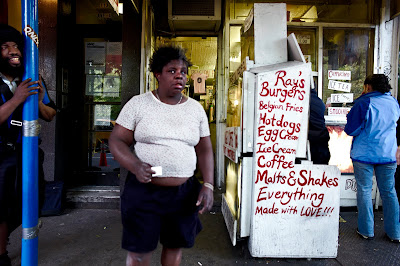 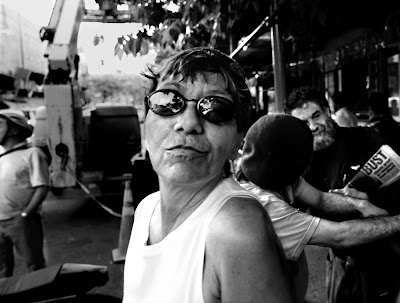 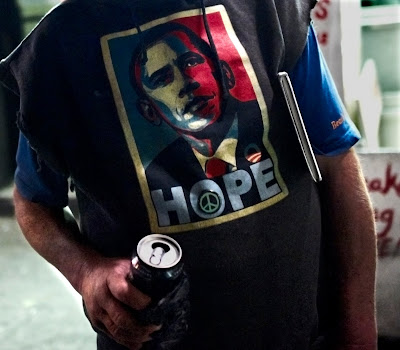 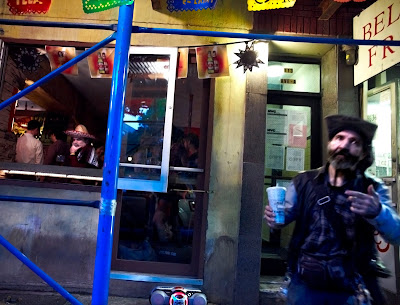 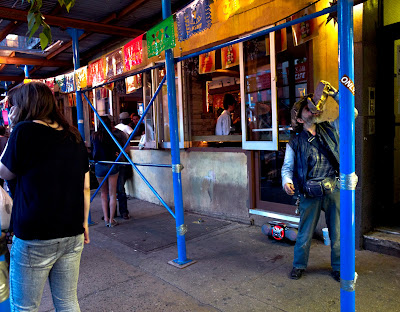 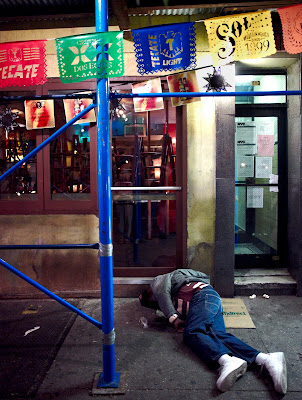 One Arm Larry camped out at the head of the line for the Cinco de Mayo celebration the night before . Cowboy Stan showed early too with some beers , his box and some Freddy Fender tunes .If you were lookin' for a place to wear a big hat and drink , under the sidewalk shed on Cinco de Mayo was definitely the place to be. 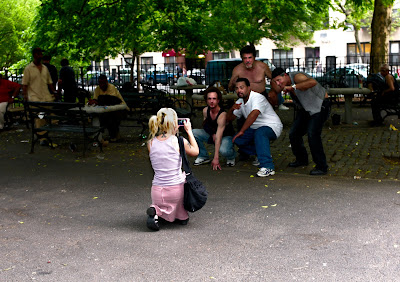 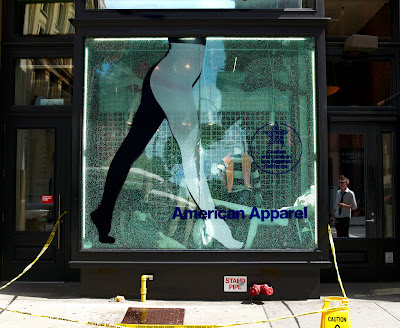 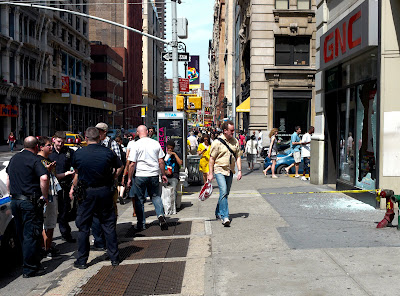 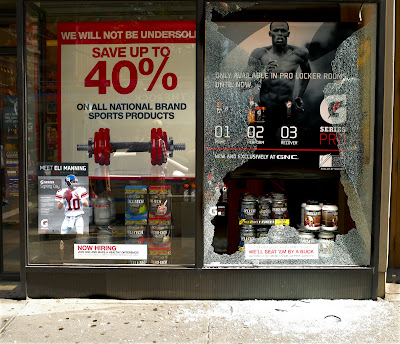 According to witnesses a group of 20 or so dressed in black ran wildly up Broadway around 2PM . The group broke 2 windows near 3rd street .
The group dispersed in the Astor Place area . We were told that at least one of the group was taken into custody .
More here:
http://gothamist.com/2010/05/03/american_apparel_1.php
For a much larger but similar Santa Cruz CA version of May Day hi-jinx where American Apparel was again a target :
http://www.santacruzsentinel.com/ci_15006740?source=pkg

May Day on Broadway 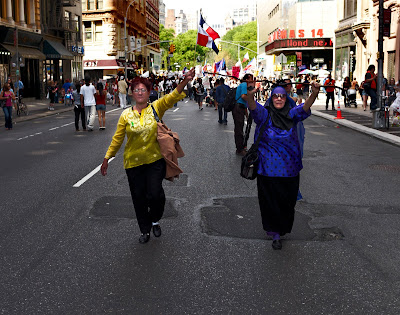 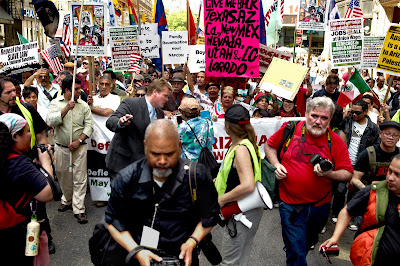 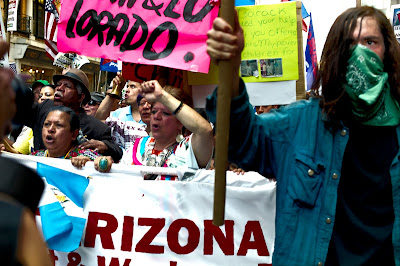 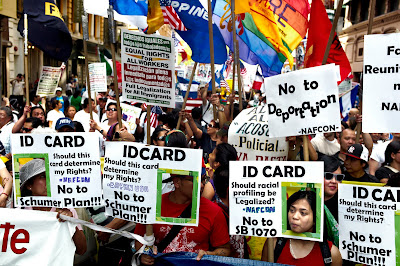 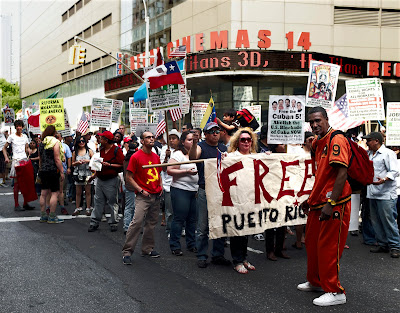 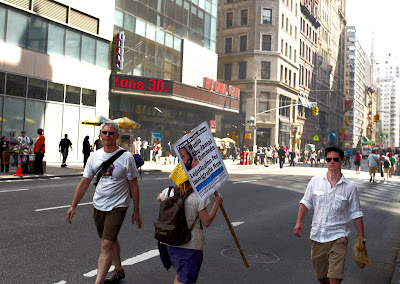 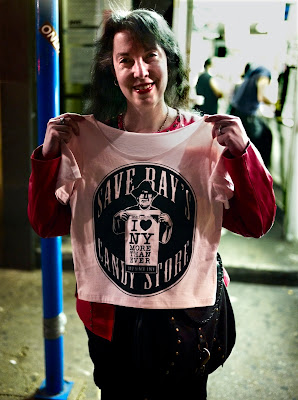 Writer Francine Susan Schwartz wanted a more fashionably feminine look to her "Save Ray's" T-shirt . She took the pink T-shirt to her tailor . She holds the result above , a bateau necked , shortened and hemmed alteration of the the standard "Save Ray's" T-shirt
"
"Save Ray's" T-shirts and other "Save Ray's"accessories are available 24 hours a day at Ray's Candy Store at 113 Avenue A or at:
www.cafepress.com/SaveRays
# posted by Bob Arihood @ 4:14 AM 1 Comments 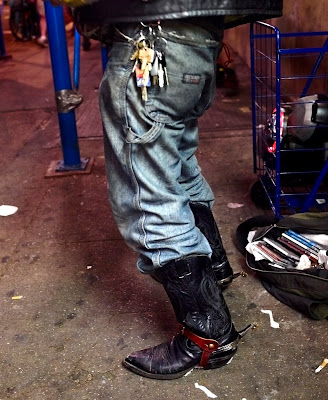