Marlene and John Together Again on Avenue A 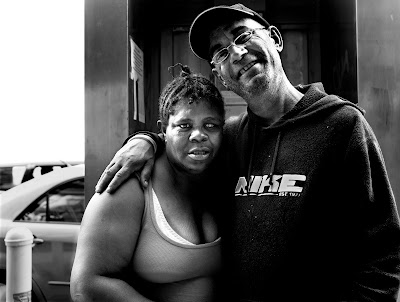 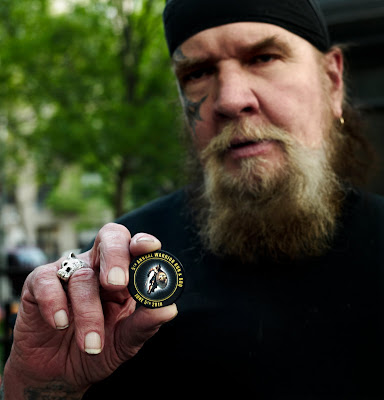 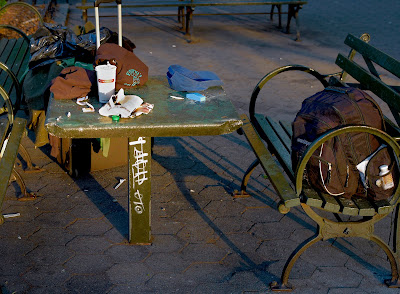 Just to the north of Hoving Hill , beyond the dog run next to the basket ball courts in Tompkins Square Park , a low spring sun warmly illuminated this little table and its settings late this Friday afternoon . What happened here is not clear . We just missed all the action which apparently included a good beating .
Some at the scene suggested that perhaps drugs of some sort were involved . Police were seen busily collecting objects from the table and the near-by seating .
As we passed the open door of the ambulance at the scene we saw a bleeding , battered male inside . We also saw what appeared to be two males in a police car parked near-by .
# posted by Bob Arihood @ 4:13 AM 1 Comments 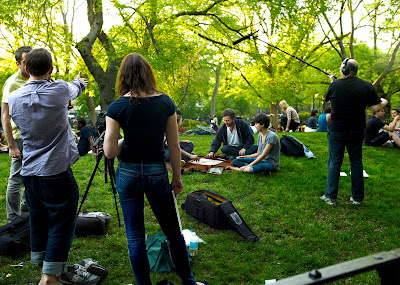 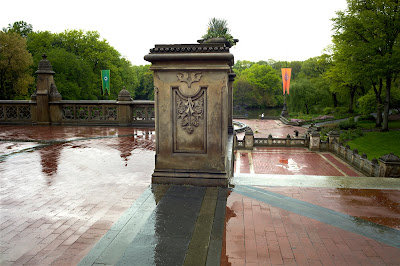 Rainy Night Under the Sidewalk Shed at Ray's 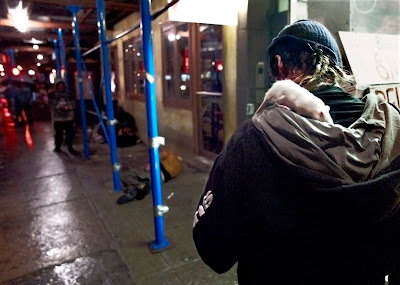 Some Folks At the Chess Tables in Tompkins Square Park 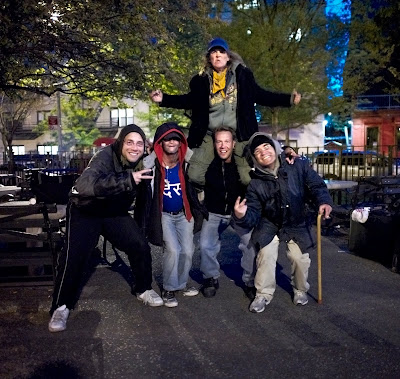 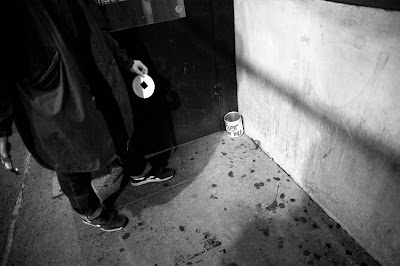 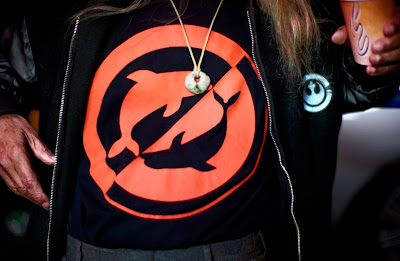 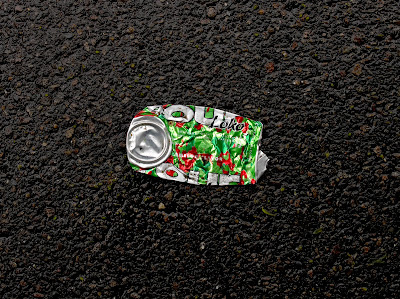