Dinner for Two Plus Victor on 7th Street 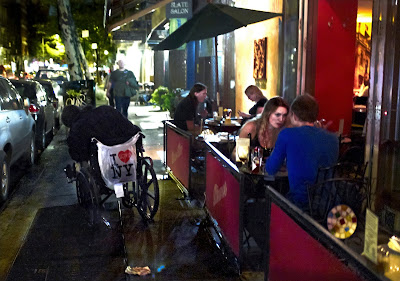 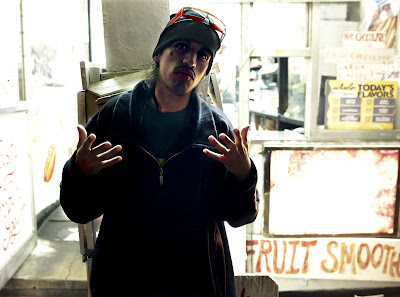 All in its Place on Tuesday Night ... 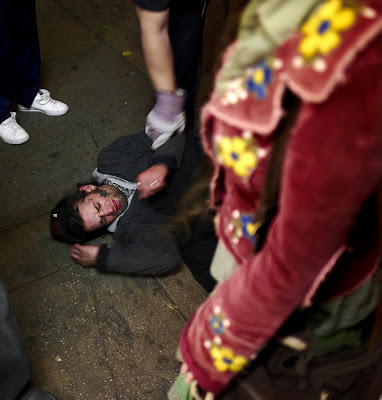 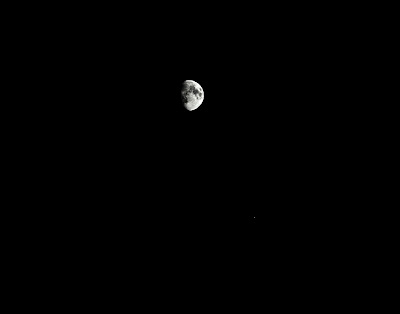 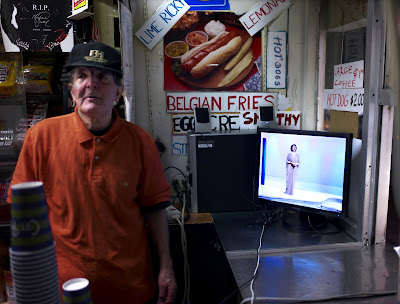 Tuesday night L.E.S. Jewels passed out at the front door step , the Moon and Jupiter moved silently through the black night sky and Ray listened to Dame Janet Baker , Nana Mouskouri and Edith Piaf before selecting Perry Como for the remainder of the evening .
# posted by Bob Arihood @ 2:19 AM 8 Comments 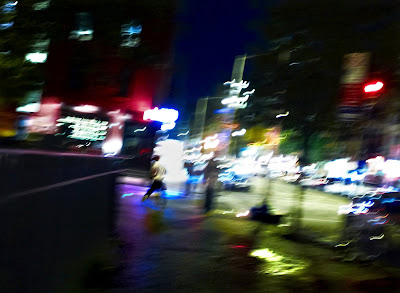 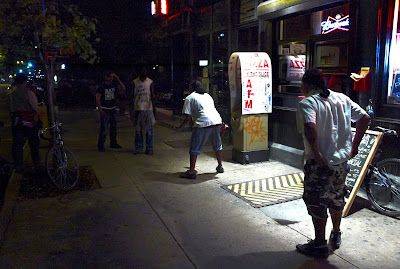 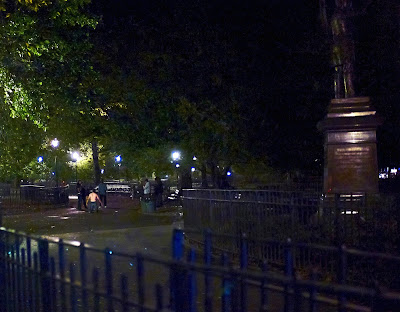 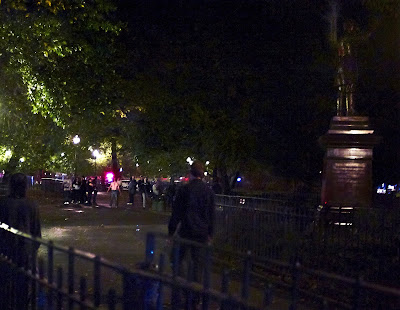 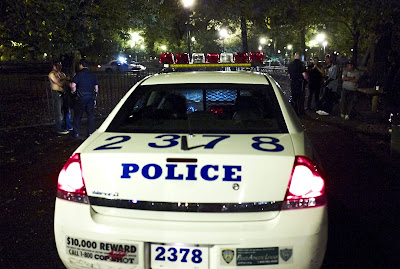 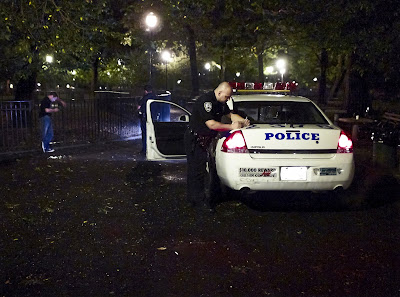 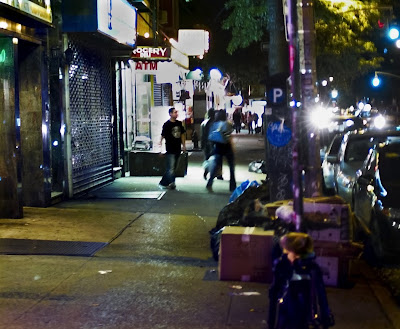 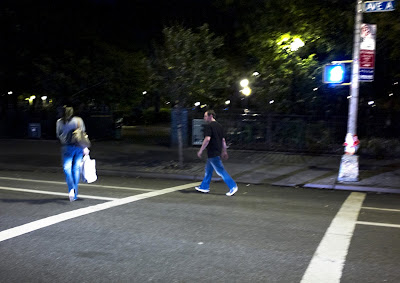 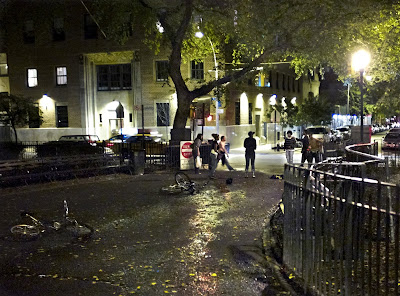 Sunday night while we were watching some of the infamous Tompkins Square Park rats play among the flowers , a fight broke out . Nothing unusual about a fight in TSP for sure but it did surprise us .We only caught a blur of a short white male running from several other males . The white male was caught by some darker skinned fellows and took a beating at the corner . He broke free and ran to Pizza Shoppe where the guys that run the place made it abundantly clear that they did not want any of the of the belligerent park crowd on their premises.
The white male was then chased into the Korean deli next door where he remained for some time . His pursuers came in after him of course but they were not able to get him outside the deli . They waited but then left the stretch of sidewalk outside the deli after 20 minutes or so . The white male quietly left the area after a half hour or so .
Later we noticed another white male in TSP in the chess table area on his knees in front of the same darker skinned fellows .The white male was challenging anyone to take the first punch free . No one took the challenge . But there were some extended scuffles with punches before the cops came .
The white male being the more belligerent of the bunch , the cops decided to give the white male a summons . All the others were lectured and told to leave the immediate area .This series of skirmishes was finished .
A little later as we walked across the street to Ray's Candy Store we heard loud voices . We also saw the white male arguing with a female . Shortly the argument came to blows . Down the block from the candy store we saw the white male slap the female . We hurried to get closer . On the way from a distance we took a picture between blows . We approached the female and asked her if she knew the white male . We were going to ask if she needed help but she ignored us and ran off .
The very angry white male continued to stay near her as she tried to get away . She hurried into TSP . The male angrily shouting at the female hesitated for a moment . Then directing a comment to this writer , "fuck you fat ass", he headed into the park . We followed at a distance .
Halfway into the park we heard multiple screams . Clearly the screams of a female . We ran as fast as we could in the direction of these continuing screams . We found a scene with 2 bicycles on the ground and several people fighting . Among those we saw was the female whom we had seen slapped earlier . We do not know what happened in any detail . The police had been called several minutes earlier .
The crowd dispersed . The female who had taken the slaps on avenue A yelled at the white male . The white male who now had his shirt off , yelled back . She angrily called the white male by name and left .
20 minutes later after everyone had left the scene the police arrived .There had been a radio call 5 minutes after 911 was called but because it was time for a shift change there were no cars available .