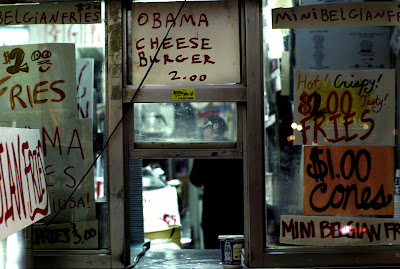 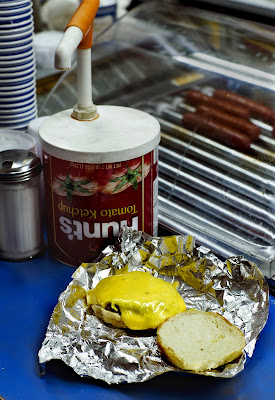 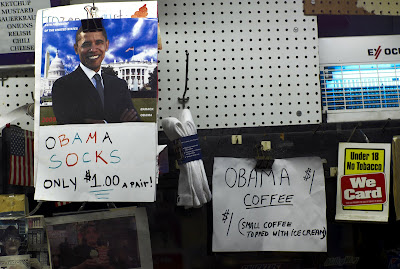 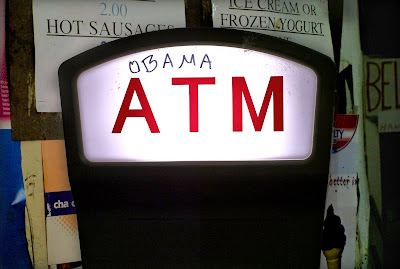 Today as in the political world the Obama brand is popular fare at Ray's Candy Store . Obama branded product is coming out of the fryer , extruding from the ice cream freezer , coming off the shelf and off the hook like no product before with the most recent offering in the Obama product line , the George Foreman grilled Obama cheeseburger , being a stunning first day success .
Today at Ray's you can purchase inexpensive , depression priced Obama cones , Obama fries , Obama coffee , Obama socks and of course the most recent addition to the line , the delicious 2 dollar Obama cheeseburger .
Customers come by , see the Obama branded items and swooning , cooing and giggling eagerly gush "I want an Obama ______ ." It all works for Ray . He is making more money ; not enough additional profit is produced to save his candy store but more money passes over the counter than before Obama , thanks to the Obama brand .
13 December 2008 : P.S. The price of the Obama cheeseburger has been raised to $2.50 . Marketing the Obama cheeseburger at the $2.00 price point produced so little profit that it was not worth including it in Ray's Obama branded product line . 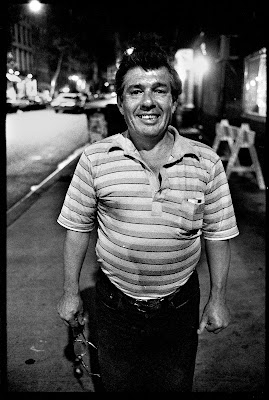 Smiling man at 7th street and avenue A 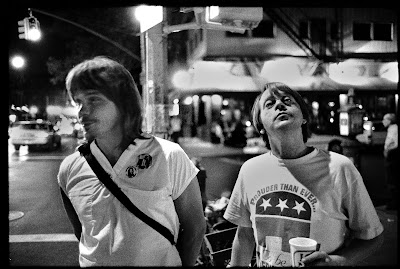 John The Communist (L) and Anthony The Nazi chumming it up , a lesser reprising of the August 1939 Molotov/Von Ribbentrop diplomatic schmoozings , at Ray's Candy store .
In these days of yore Ray sold beer "under the counter" ; Schaefer's , Ballentine , Bud, Heineken and some of the time other brands also , all in 12 oz. and 40 oz. sizes . Of all the alternatives by far most popular was the 40 oz. Bud , some of the the contents of which has been poured into Anthony's and John's coffee cups . Indeed on this night their cups did "runneth over" perpetually. 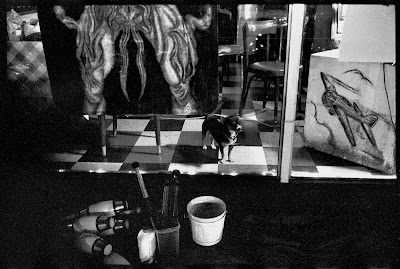 Dog in a bar window on avenue A 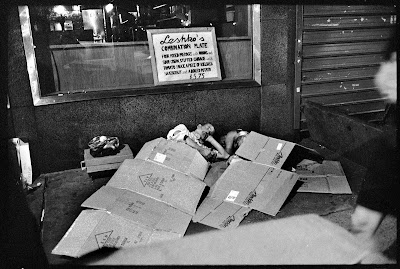 Bedtime for John The Poet and Marlene (a.k.a. Hot Dog ) at Leshko's ( now Yuca Bar) 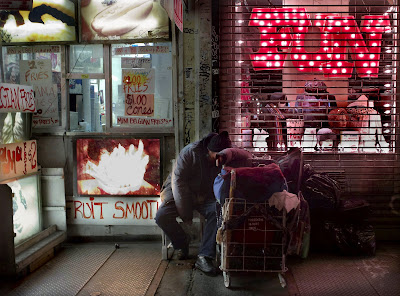 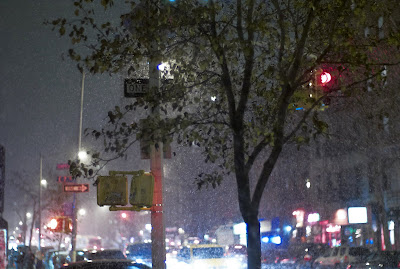