On Crusty Row Biker Bill Says : " I'm Like Diogenese , Only I'm Looking for an Honest Woman " 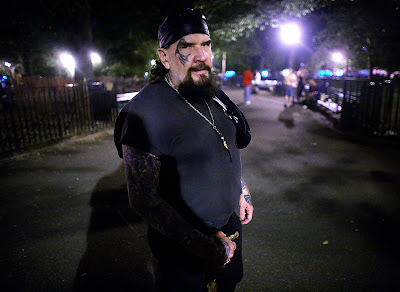 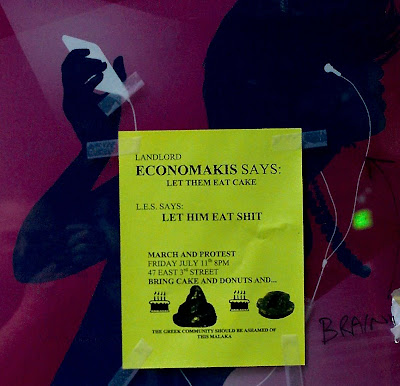 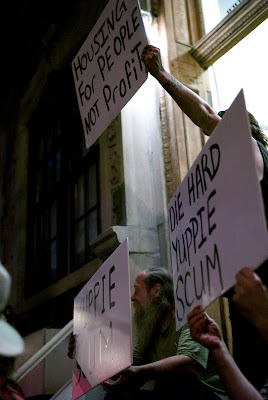 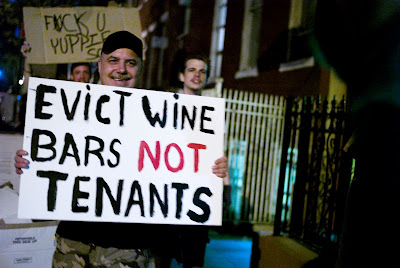 Just 3 days before Bastille Day , the French 4th of July , a French Revolution themed protest complete with French flags , a guillotine , a large cake shaped as a dung heap and white powdered wigs after the manner Marie Antoinette and the ancien regime , will be conducted at 47 E 3rd Street , the residence of the Economakis family . This is the family that is vacating an entire building of its tenants claiming that the family wants the building , 47 E 3rd street , for themselves ; creating a mansion to stand among the petty residences of the common folk on 3rd street in the East Village .
In keeping with this latter 18th century revolutionary theme the protest organizers request that all who plan to attend bring white wigs , Marie Antoinette and other ancien regime paraphernalia , French Flags-- le Tricolore that is , cabbages to kick and roll down the street as as guillotined heads and of course whatever large placards and banners they choose expressing their revolutionary sentiments. Donuts though not very revolutionary are also requested ; they will be served to all NYPD personnel at the protest .
Two Boots pizza has promised several large pizzas to be delivered to 47 E 3rd street for the protestors . There will also be a large cake with brownish frosting resembling a dung heap delivered to 47 e 3rd street by an un-named bakery .
The organizers claim that this protest will not end at the Economakis residence but will also march to other locations : to the NYU dorm at Bowery and 3rd street ,to the John Varvatos store , to the Bowery Wine Co. where protestors will request the free pizza promised by the BWC owner in an "Observer" article-- Elder Yippie statesman Aaron "the pieman" Kay has issued an AP press release promising to bring 500 folks to BWC to claim thier pizza-- , to a new up-scale bar on Houston st. , to the the Ludlow at Houston and Ludlow streets , to the the first big developement in the East Village--Michael Rosen's "Red Square" at 250 east Houston ,to Tompkins Square Park , to the arch symbol of gentrification in the East Village and TSP riot icon the Christodora and finally to Union Square Park to protest the up-scale restaurant planned for the pavillion in that park . This will be a long and trying evening of protest .
Mr. Penley has informed us that every effort to make this a peaceful , orderly protest on the sidewalks has been made . Mr. Penley has consulted with 9th precinct community affairs personnel and NYU public affairs department informing them of the purpose and timing of the protest . It should be noted that all protest activity is required to occur on the sidewalk and not in the street . The 9th precinct has warned Mr. Penley that if the protestors take to the streets , organizers Jerry "the peddler"Wade will be arrested first and Mr. Penley second .
Perhaps this all sounds like a Friday night of fun and good times for a good cause ; the people against wealth ,greed and the raw , inconsiderate and un-restained power of the rich and powerful to affect overwhelmingly the lives of those with out such power : it is not the case that all see this event as desireable . Tonight at 8 PM Mr. Penley reported that he received a death threat by phone . Mr. Penley was informed by the caller that they knew where he lived and that they were going to get him . Mr. Penley informed us that he could hear the sounds of a bar in the background and replied thus "the more death threats I receive the longer we protest at the Bowery Wine Co. "
The contest over property and its disposition at 47 E 3rd is flairing tempers on both sides of the contest . Consider this comment to a previous post here at NMNL from the cousin of Alistair Economakis , Evel G. Economakis , a professor of Russian history and author who lives in Athens Greece :
https://www.blogger.com/comment.g?blogID=30373593&postID=731824557273765625
We hope that all parties can behave sanely and responsibly on this coming Friday evening . We know that the issues at hand concerning the law , property rights and what ownership entails will not be determined here this Friday . We suspect that this is but one of the first sparks with more to come in this city . 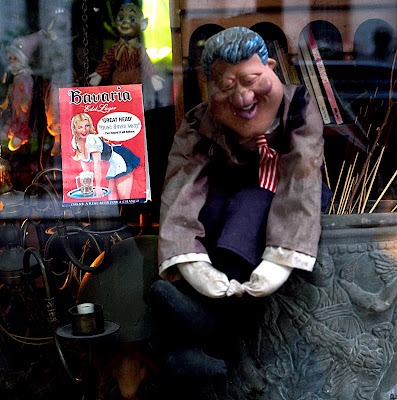 A Man At One With Paint on Avenue A 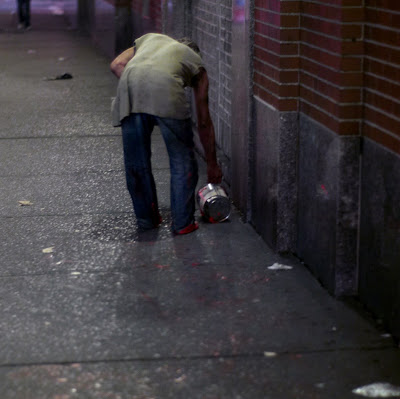 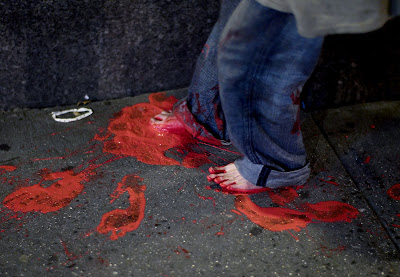 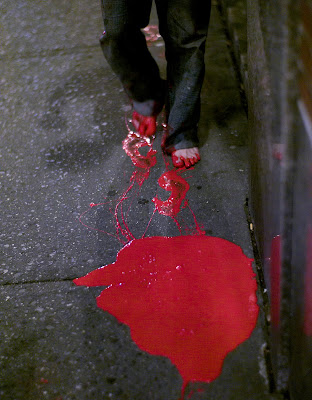 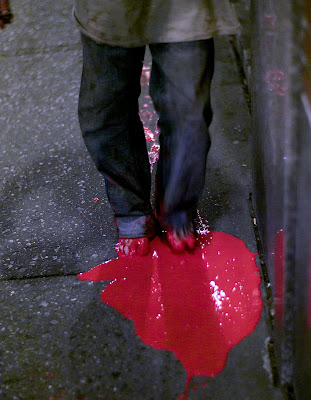 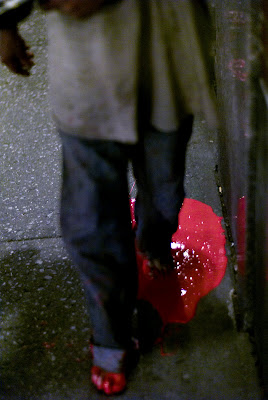 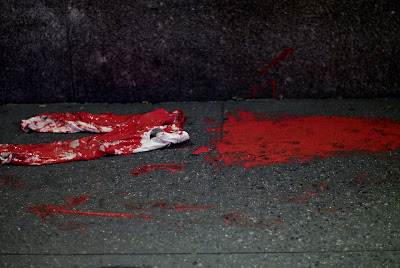 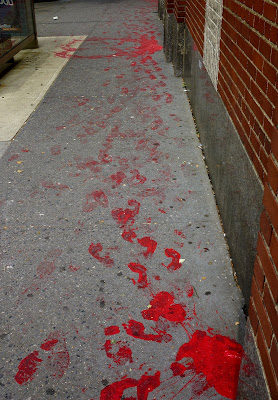 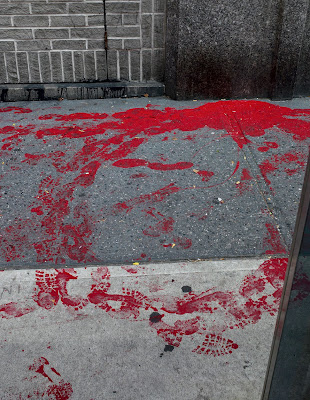