Biker Bill Says : "One Man in His Time Plays Many Parts"... 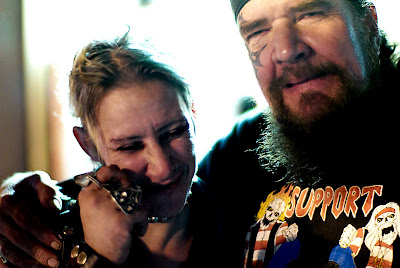 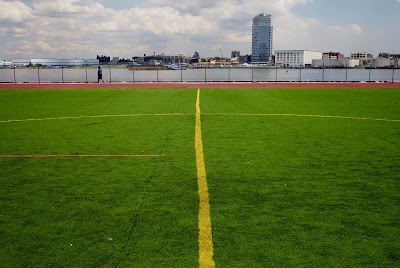 Avenue A Fantasies and Conceits 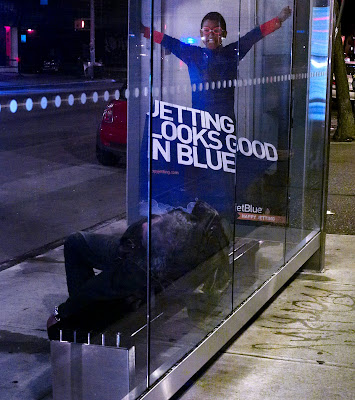 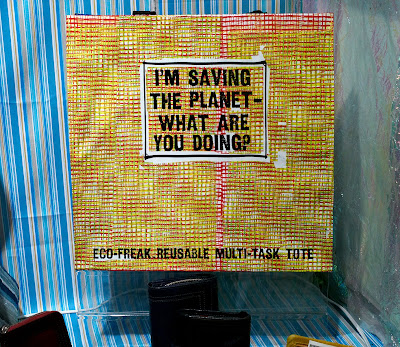 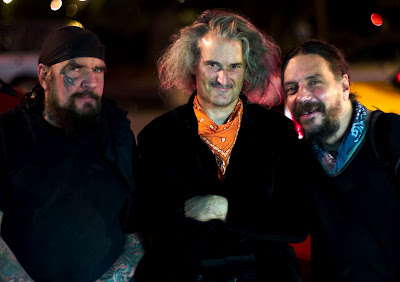 With Biker Bill and Kevin 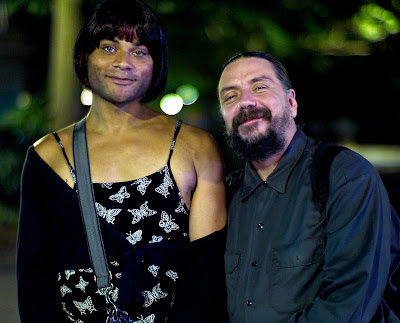 With Gigi
We didn't see Jay around the neighborhood for awhile and we along with several others assumed that he had been arrested and locked-up . Not the case ; Jay went away to de-tox for a couple of weeks , sobered-up and returned to the street recently to have a drink .
# posted by Bob Arihood @ 3:41 AM 0 Comments 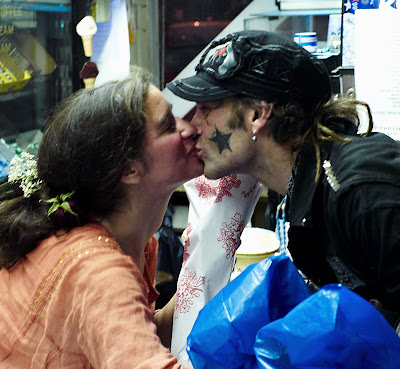 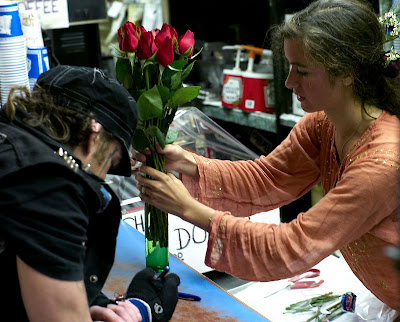 Down at Ray's candy store last night , at Midnight , L.E.S. Jewels kissed Amy at the very beginning of the day , 17 June , on which they will celebrate the first anniversary of the day when they recited their nuptial vows on a beach in Queens . It has since the wedding been a year of tumult and turmoil with many desperate , difficult moments for both of them . They are now again happily and lovingly together .
Jewels brought a dozen red roses to Ray's Candy Store where Amy now works making Belgian Fries , lime rickys ,egg creams and many other tastey candy store delights . It was a beautiful beginning for both of them to an anniversary .
Happy anniversary Amy and Jewels .
For a trip down memory lane to re-experience that very exceptional wedding in Queens last year--an event of which to this day the groom , Jewels , remembers nothing--click below and an assembly of relevant posts will be presented by Blogger .
http://neithermorenorless.blogspot.com/search?q=wedding+amy
# posted by Bob Arihood @ 7:13 PM 3 Comments 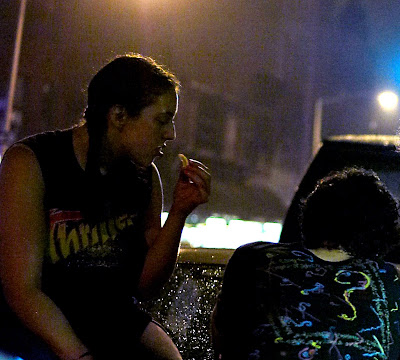 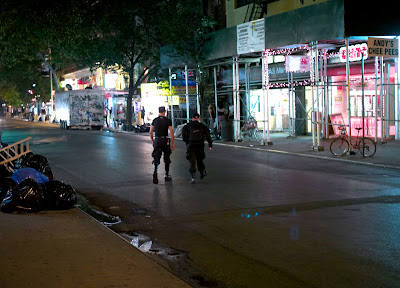 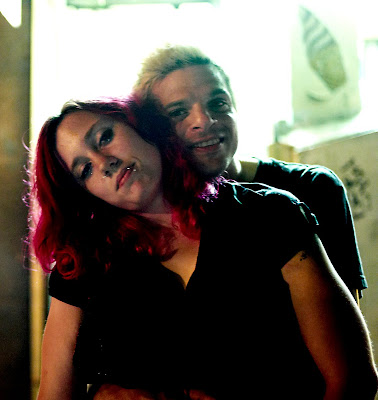