Manitoba on Avenue B 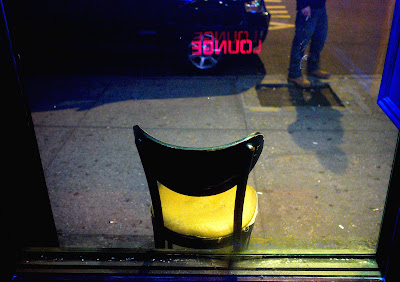 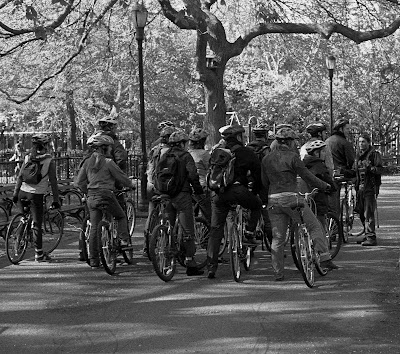 Tuesday afternoon there were no crusties on what was but a year ago known as "Crusty Row" . Today the crusties gather in a new less noticeable crusty enclave near the basketball courts . Nevertheless , Jewels was back on that old familiar row of seats hosting a group of bicyclists on a tour of the neighborhood .
# posted by Bob Arihood @ 1:27 AM 3 Comments 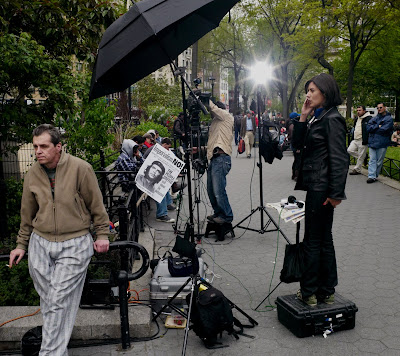 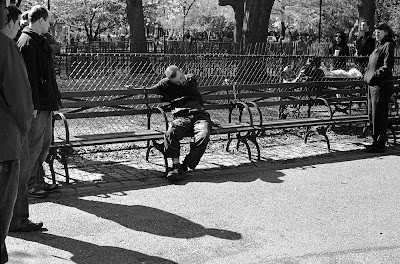 Every spring the dope in the neighborhood seems to be sweeter , that is cut less , than at any other time of the year . An obvious increase in the number of heroin overdoses in the street and in TSP in the spring and early summer seems to support this conclusion . This has been so for as long as we can remember . We have noted this phenonmenon here at NMNL before . Today , a beautiful sunny spring day in TSP , provided one more springtime supporting example .
We first noticed this young man lying supine on a park bench next to the dog run in Tompkins Square Park as 3 or 4 other young men were frantically attempting to revive him ,one of them pounding forcefully on his chest . Clearly the attempt to revive the young man was not suceeding . Looking about anxiously , probably for cops , the young men ended the revival effort . Lifting his limp , liquid body to an upright position they propped him up on the bench hanging one arm over the back of the bench to hold him in an erect position . The young men left their friend sitting up-right and unconscious on the park bench surrounded by a few quizzical observers .
Perhaps 10 minutes passed from the time we first noticed the situation until the time when the young men fled the scene. The unconscious man's face at the time his freinds left him had become ashen ; he needed help .
A few more minutes passed before the ambulance arrived and medical technicians were able to administer at least 2 seperate doses of naloxone , the heroin blocking agent . We did not see the young man regain consciousness . He was removed to a local hospital .
# posted by Bob Arihood @ 4:22 AM 3 Comments 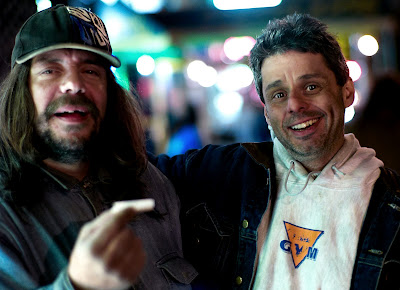 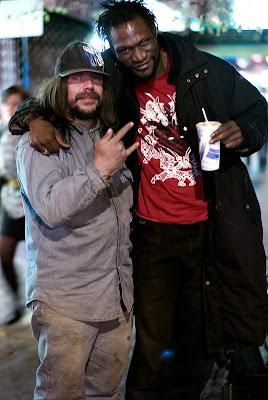 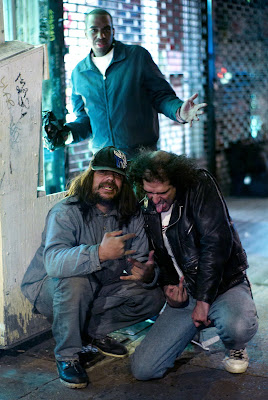 With Chris ( affectionately known as "Drunkenstein" in TSP) and an unkown person standing . 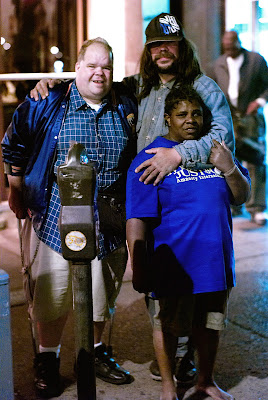 With Joe and Marlene (known as " Hot Dog" to most ) 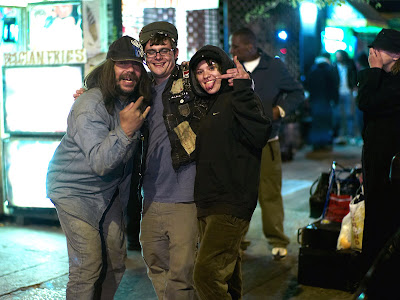 With a couple of summer visitors to Tompkins Square Park 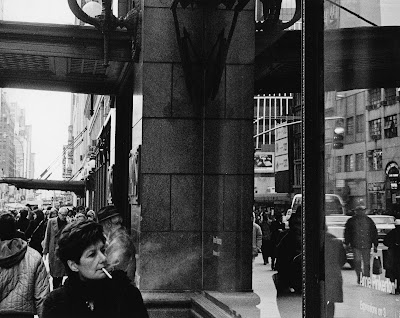 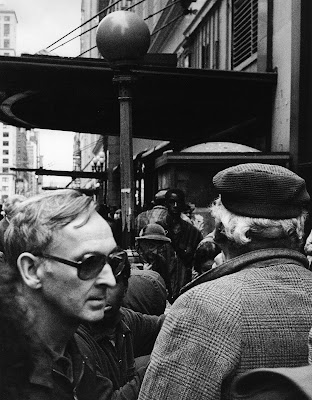 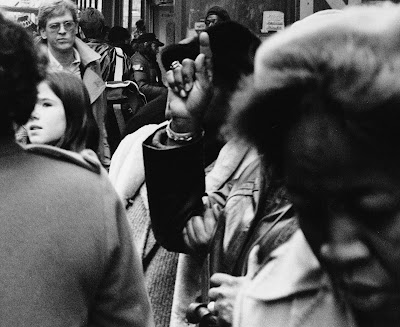 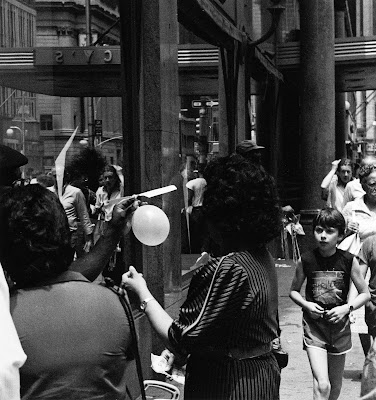 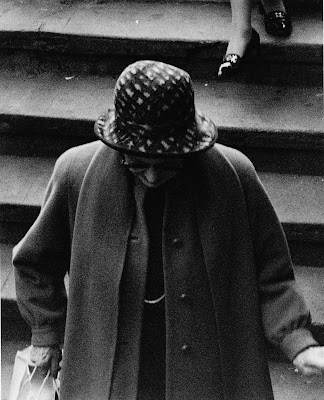 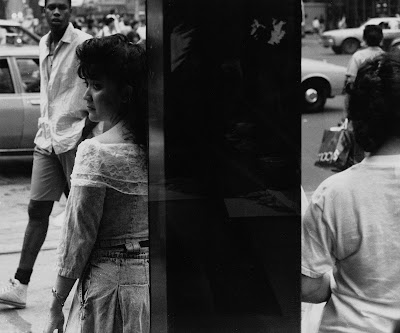 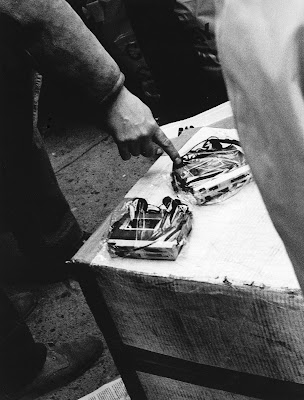 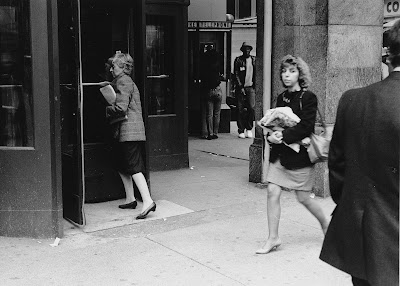 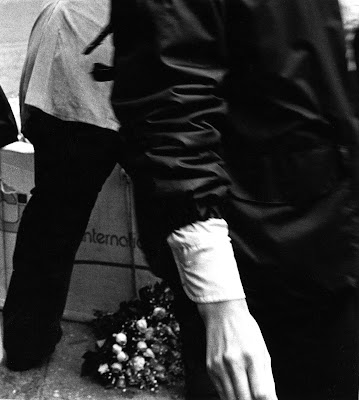 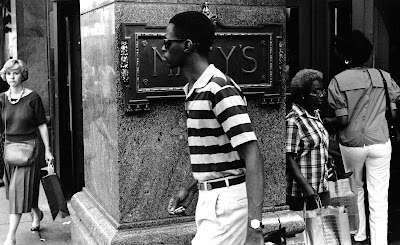 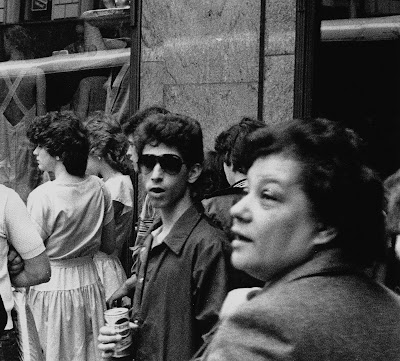 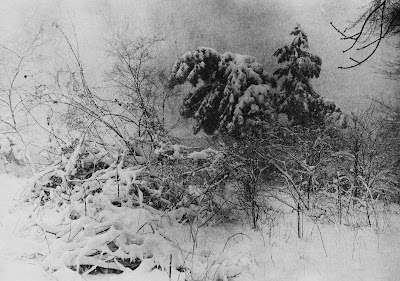 This picture was taken in April in the early '80s . This snow was a surprise to everyone but a new commercial weather service ,"AccuWeather" , which predicted that this snowstorm would happen .We do not as yet have the exact date .
# posted by Bob Arihood @ 4:30 PM 1 Comments 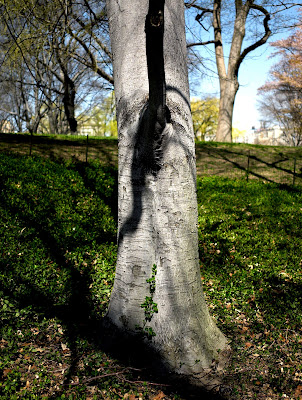 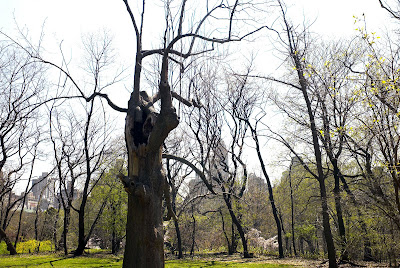 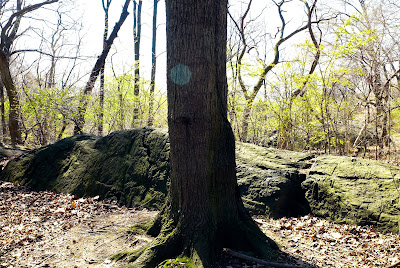 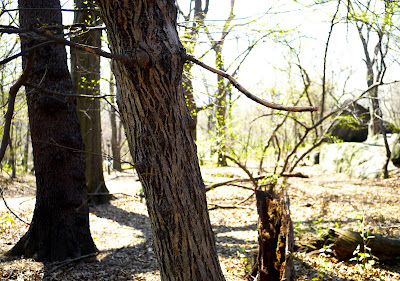 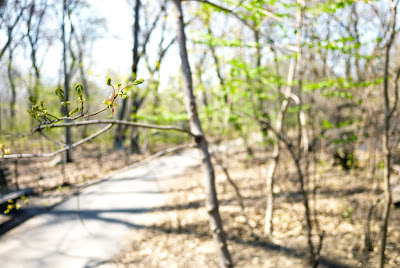 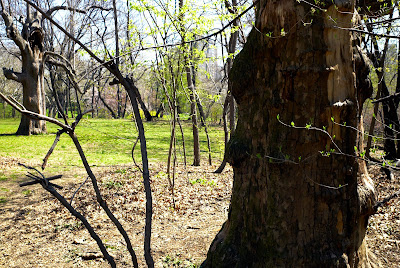 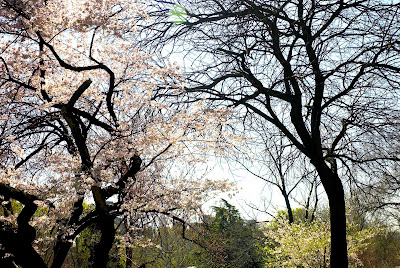 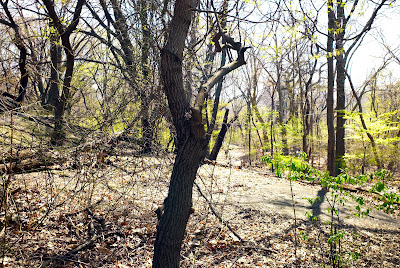 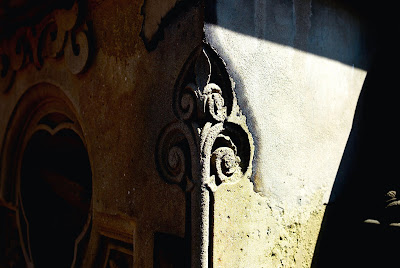