"Red" on Avenue A at the Multi-Purpose Phone Booth Out Front of Ray's Candy Store ... 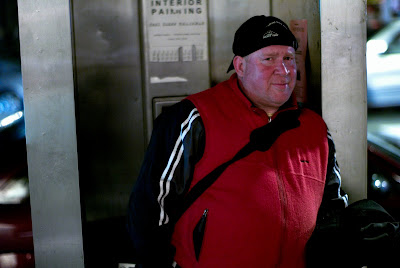 Red stands listening to his radio which sits out of sight below on the small shelf in the infamous phone booth from which ,over the last several years , thousands of heroin orders have been placed . This booth , as has been previously reported in several posts here at NMNL , has also routinely served as a beer-stash to hide ones beer from the cops , as a pissoir and as a message board . Thanks to the cell-phone this well known and used booth's days are now numbered .
# posted by Bob Arihood @ 6:21 AM 0 Comments

Biker Bill Says : " What Women Really Want is For a Man to Just Be Himself " 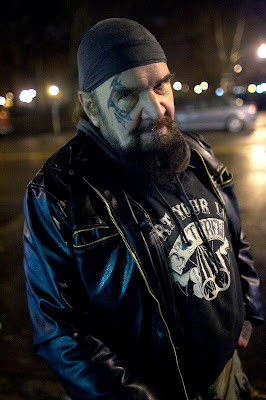