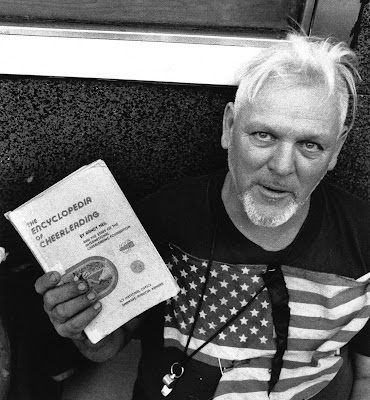 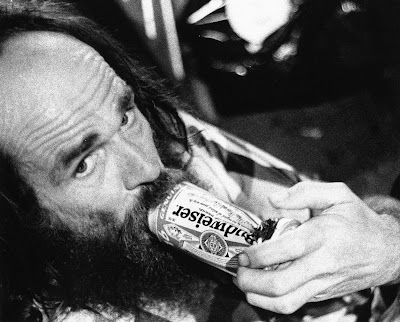 Lawrence in proper enviromentally conscious "Green" fashion has recycled an empty Budweiser beer can by fashioning the can into a pipe which he uses to smoke some "Green" herb .
# posted by Bob Arihood @ 6:50 PM 1 Comments 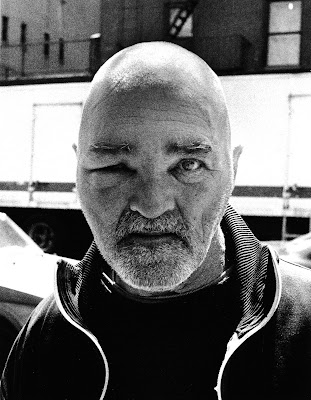 The night before this photo was taken , Elwood , now deceased 3 years , pleaded one too many times with his guardian for some of his SSI money . His indifferent and irritated guardian struck him in the eye . Elwood received no money this day .
# posted by Bob Arihood @ 6:16 PM 0 Comments 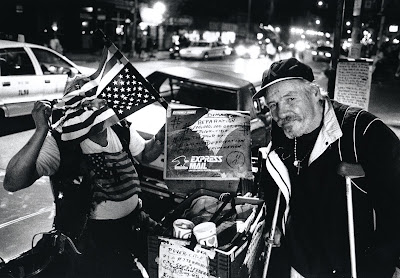 According to our local Shylock and fence Bob , also known as "Povericide Bob" , we are each of us owed a million dollars and it should be made available to us all at ATM s everywhere .... with no ATM fees too. Sounds good to us here at NMNL .
# posted by Bob Arihood @ 5:08 PM 0 Comments 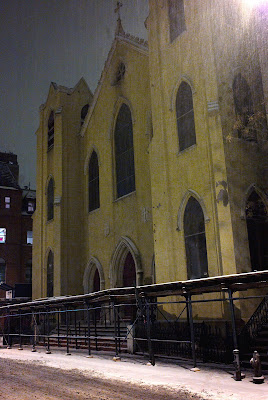 As the story is told by Willibrord the monk , in 723 St. Boniface journyed from Britain to Hesse to preach to and convert the many pagans and lapsed Christians that had turned away from their faith and who in that land were wont to sacrifice to trees .
One day in a forest near Geismar in the midst of many angry pagans St. Boniface , to demonstrate dramatically his faith , chose to chop down Wotans own sacred oak tree while summoning and challenging the pagan god to strike him dead .
The lower notch was cut as the pagans cursed him . As the second upper notch was just started , miraculously a great wind blew down from the sky and lay down the great oak breaking it into four parts . St. Boniface remained alive standing before them . The pagans got the message and joined with the saint to build a new Christian church from the wood of their sacred fallen oak .
An unusually strong gust of wind blew down from the sky and lay down this sidewalk shed Sunday night . Did a Cardinal possessed of worldy things perhaps miss a message here in the occurance and consequences of this Sunday night force majeure ? ... i.e. , "clear these steps and open these doors" .
# posted by Bob Arihood @ 11:02 PM 2 Comments

Sidewalk Protective Shed Collapses in Front of St. Brigids Church on Avenue B... 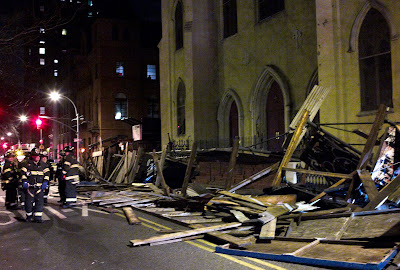 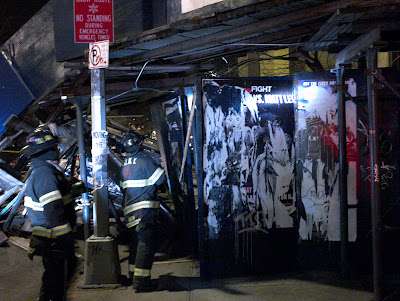 FDNY inspect a portion of the structure at one end that did not collapse . 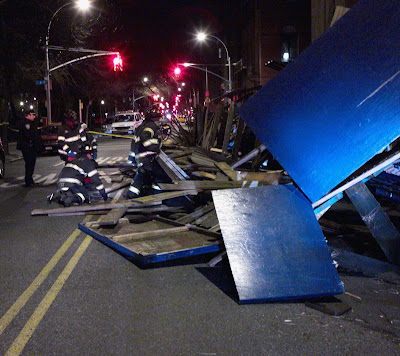 ABOVE and BELOW : FDNY search collapsed structure for injured persons 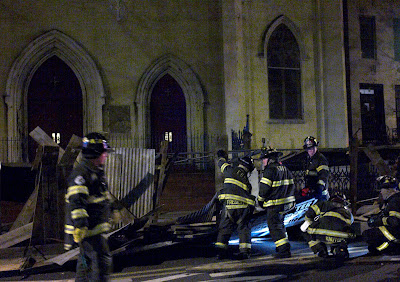 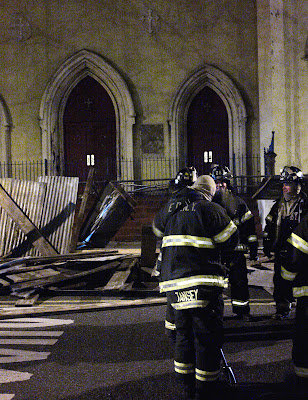 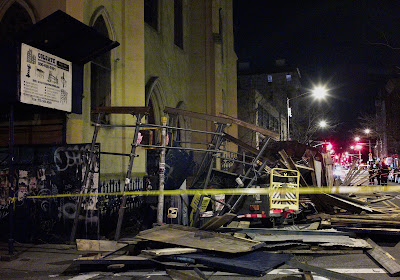 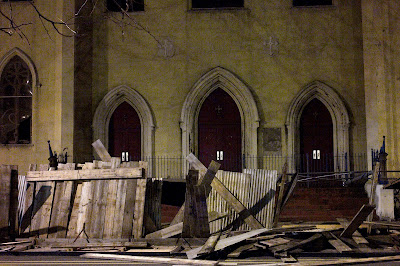 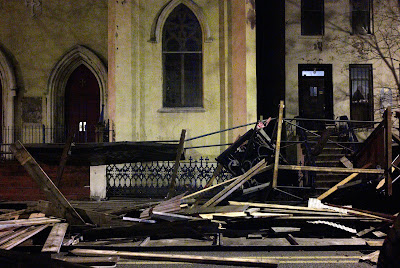 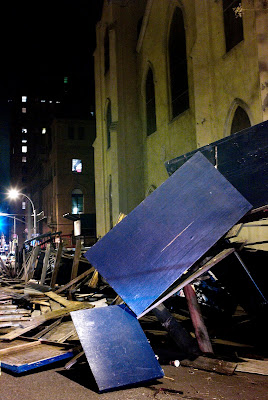 Sometime between 10 pm and 11 pm Sunday night the sidewalk protective shed ( scaffolding to some ) collapsed . The shed had been placed in front of St. Brigids church in preparation for the demolition of the church 2 summers ago .
As a cold wind blew torturing all members of the service at the site NYPD closed-off avenue B to all traffic and FDNY searched for injured persons that might have been caught in the collapse .
Fortunately no one was injured .
The cause of the collapse was probably high winds . Likely a gust of wind picked up a portion of the structure and then dropped it back down precipitously causing a column or two to slip off their blocking . This allowed the structure to tilt and pull the entire length of the structure down .
This structure ,as are all temporary structures , was supposed to be designed and assembled to successfully tolerate high winds . The structure was supposed to to be attatched to earth or an adjacent building to provide for resistance to the kind of lifting that probably caused the collapse .
FDNY noted at the site that the structure was not secured to the ground or the church building . 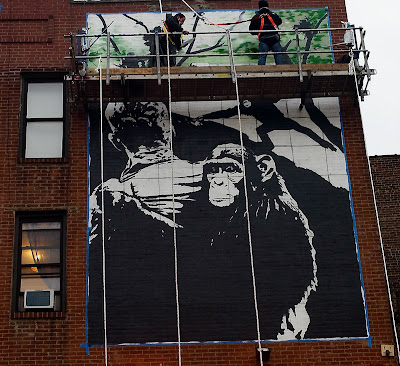